ToolGuyd > Safety > 3M WorkTunes Hearing Protector with Bluetooth
If you buy something through our links, ToolGuyd might earn an affiliate commission. 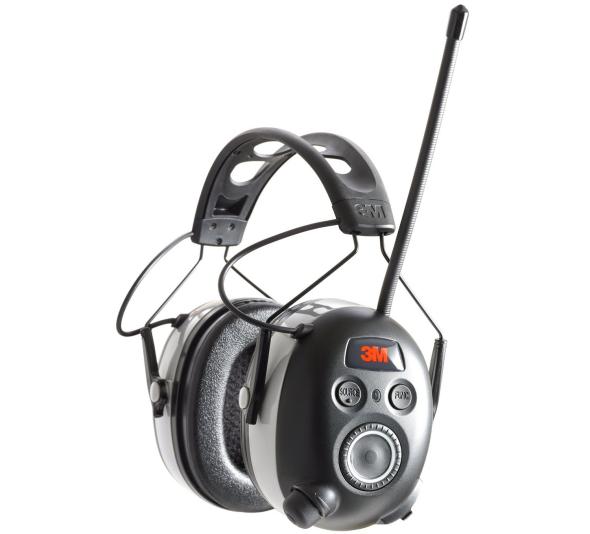 Why should you have to choose between listening to music, sports, podcasts, or talk radio, and having hearing protection? While there have been several “WorkTunes” type hearing protection solutions over the years, you’re usually limited to an AM/FM radio and a jack for your MP3 player if you’re lucky.

With Bluetooth wireless technology now mature and built into most if not all smartphones, it has become quite commonplace. So why do we still have to deal with cords for certain audio playback applications where they can be a big nuisance? Cords can get in the way, are easily pulled out, and they limit your movement, especially if they are slightly too short or way too long.

If you’re commuting on a train, or watching a movie on your laptop while your roommate sleeps, an audio cord isn’t a big deal. But if you’re working with or around power tools, a stray cord can be a hassle or even a hazard.

Of course, the most important feature of any hearing protection is how much they attenuate sound. These 3M wireless WorkTunes sport a Noise Reduction Rating (NRR) of 24 dB. Not a spectacular number, but not horrible either.

The next most important factor is probably how well they fit. 3M redesigned the headband from their corded WorkTunes to include vents. Also, so the hearing protectors fit better over hats, the padding is removable.

These hearing protectors run off of 2 AA batteries, although there is an option for a lithium battery pack. They have an auto shutoff feature, which turns off the electronics after 2 hours to save the batteries. 3M doesn’t elaborate, but presumably they mean 2 hours of inactivity.

Besides streaming audio from your phone or MP3 player over a Bluetooth connection, the 3M Wireless WorkTunes have a built in AM/FM radio tuner and can save up to 50 stations as presets.

They headphones also feature “Safe Volume Technology,” which supposedly corrects the audio levels to a safe exposure level for an 8 hour day.

The rotary dial lets you both tune the radio and operate the Bluetooth controls, so you can keep your smartphone or other Bluetooth-equipped device in your pocket.

If you were looking for a way to answer your calls, it looks like these WorkTunes only support playback over Bluetooth, since they don’t mention a microphone.

They also have something called “Audio Assist Technology” which supposedly guides you through setting up and operating the electronics without taking off the ear muffs.

Going wireless is going to cost you more. While the wired set of WorkTunes hearing protectors from 3M run about $38, these Bluetooth hearing protectors cost at least double as much. The lowest price I could find was on Amazon, where they’ll run you $81 (including shipping).

I’ve been looking for Bluetooth hearing protectors for a while, and frankly I am still looking. The 3M wireless WorkTunes seem a little overpriced to me, but they looked a little better than the cheaper Ion Audio Bluetooth Hearing Protectors that seem to be the only other comparable device

I’d like to start using hearing protection more. When reviewing the Craftsman sound meter, I measured many of the activities I do at home, like vacuuming the house and running the dust collectors in my shop, and found I should be wearing hearing protection more of the time, but I’d still like to be able to listen to something so I don’t go out of my mind with boredom.

If you know of any other wireless music-playing hearing protection solutions, please let us know in the comments!