Something really strange is going on. In a comment, Altan linked to new European retailer product pages for the new Dewalt DCW210 cordless sander, but it looks different from the one recently released here in the USA. 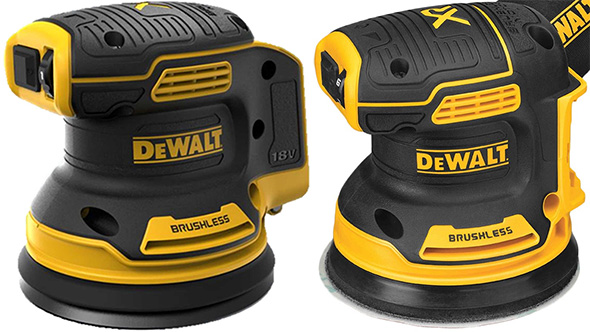 But, the model available here has a horizontal battery placement.

Other than that, the two tools look identical, at least from what I can tell. It’s hard to judge since there’s only one image out of the new EU vertical battery version. 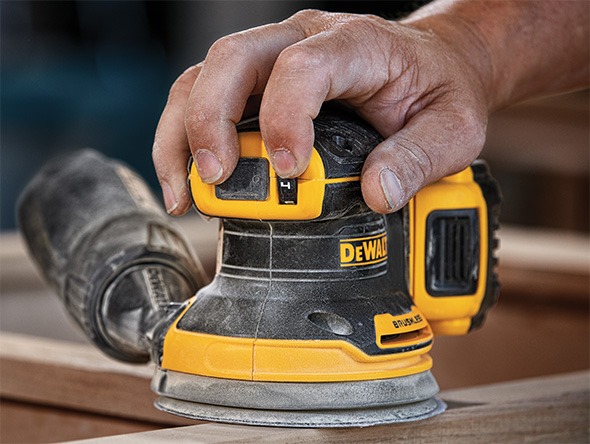 There’s nothing disagreeable about the way the battery is oriented on the USA model.

So… why the different battery geometry?

I am thinking that maybe the dust port is different? From what I’ve seen, dust extractors are more popularly used in Europe than in the USA. So maybe the battery form factor is different so as to allow for a more effective built-in dust collection port? The USA model might have the horizontal battery positioning to be congruent with the dust fabric bag.

I’d swear that I saw a photo or two of the new EU vertical battery sander model on social media a few days ago, but I was not successful in finding it again for this post. Seeing a “real” version of the sander is what convinced me that this wasn’t an early rendering published online by mistake. It could still be wrong in some way, but that’s nowhere as likely as I had initially believed.

The sander is now available in the USA.

We’ll ask around for more details. In the meantime, do you have any ideas as to why there are two versions of the sander?

Thank you to Altan for the heads-up!