ToolGuyd > Power Tools > Cordless > A Quick Review of the Milwaukee M18 Fuel Hedge Trimmer
If you buy something through our links, ToolGuyd might earn an affiliate commission. 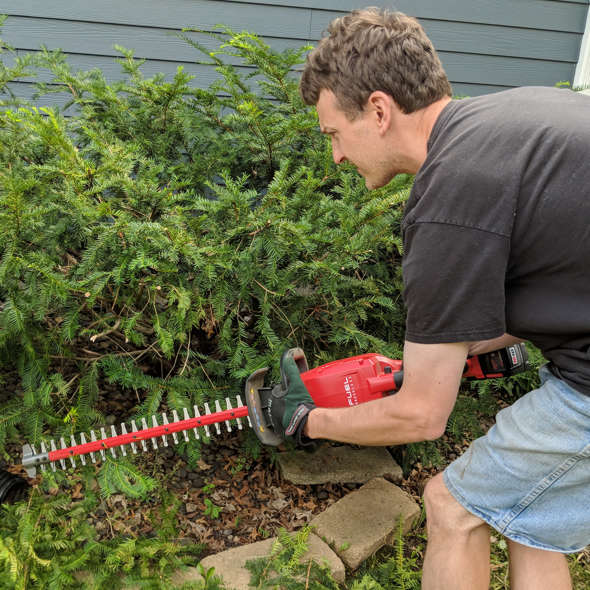 I received a Milwaukee M18 Fuel Hedge Trimmer test sample, but I haven’t had a good opportunity to test it yet, as I have a total of 6 bushes in my yard and we normally trim them by hand.

For some reason we didn’t trim the five yew bushes around our house last year — I think time just got away from us. So they had become quite overgrown. When my wife told me she was going to trim the yews last weekend, I figured that might be the last real chance I get to try this tool in a while.

Before I go to town on my bushes, here’s some of the relevant details about the tool.

Milwaukee claims the Hedge Trimmer can get up to 2 hours of run time, presumably with the M18 9.0Ah battery. They say they built this tool to last for landscape professionals, giving it a slider crank mechanism and an all-metal gear case. 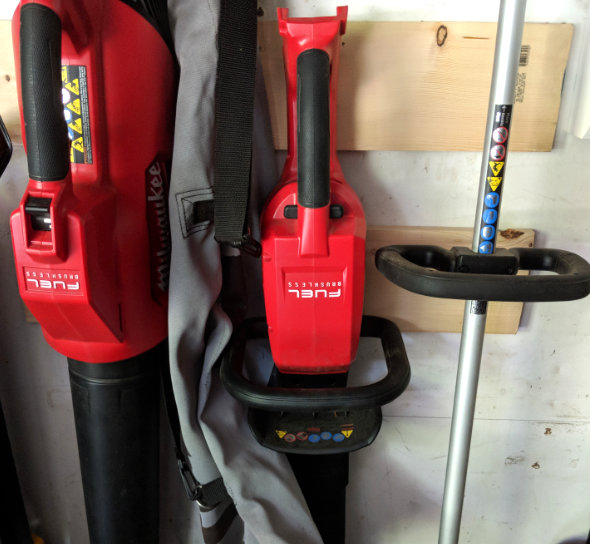 One of the features I find handy on all the Milwaukee outdoor power equipment is the keyhole slot on the back, allowing them to store easily. 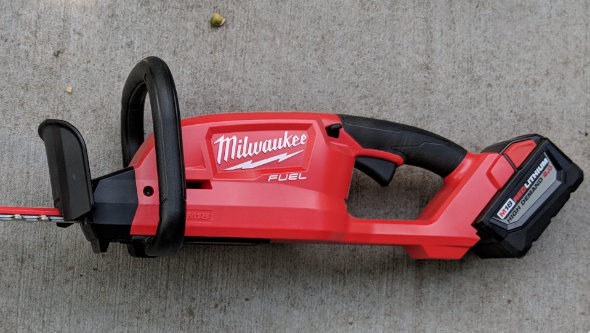 Another nice feature of the Hedge Trimmer is the large front handle that you can easily grip on the top or either side while you are wearing gloves.

The M18 Fuel Hedge Trimmer comes either as a bare tool or as a kit with rapid charger and 9.0Ah battery. The bare tool runs about $170, while the kit runs $300.

The best deal on the kit right now seems to be Home Depot where you can get the trimmer, 9.0Ah battery, rapid charger plus another free 9.0Ah battery thrown in for $300. 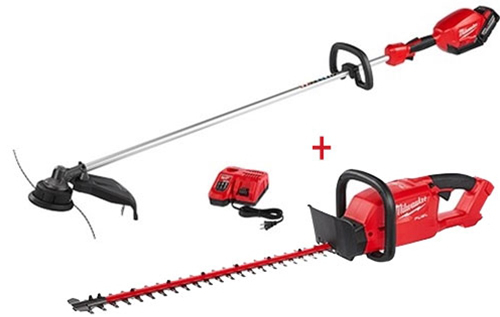 Ohio Power tool has a deal right now where you can get the M18 Fuel String Trimmer kit (string trimmer, rapid charger and 9.0Ah battery) plus the bare tool Hedge Trimmer for $300.

In the video, I’m cutting back the bushes so they are behind the border stones. In some cases I’m cutting branches that are right around the cut capacity of 3/4″. In fact you see the trimmer jam at one point. I backed off, approached it from a different angle, and the trimmer eventually cut through. It probably would have been more productive to put the trimmer down and grab a pair of loppers. 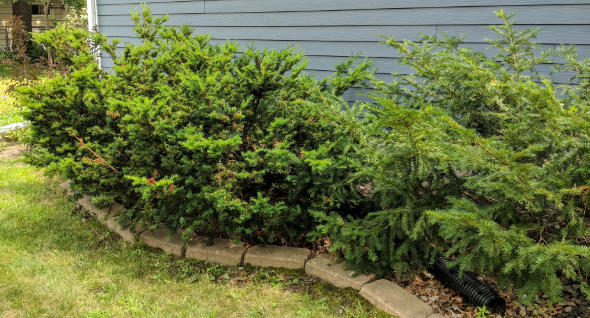 I’m not going to bore you with a ton of pictures of my scraggly bushes, but I thought I’d just show what you could do in a matter of a few minutes with the M18 Fuel Hedge Trimmer. Above are two untrimmed yew bushes. 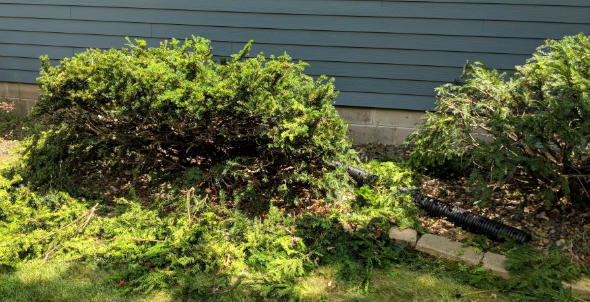 Here are the same bushes after a few minutes of trimming. You can see they are separate bushes and not wildly encroaching into my grass.

And while it’s not ideal that they are quite bare underneath because I cut them back so much, I’m not too worried, these things come back with a vengeance when they are pruned.

Again ideally we control these by hand, using hand cutters a few times a year to shape them and take branches out from the interior so the bush can get light inside. This makes for a much healthier bush. 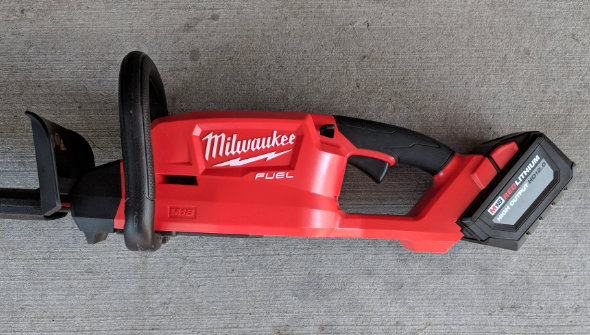 I did test the Hedge Trimmer with the new 12.0Ah battery. I did not notice any difference in performance — it probably was not designed with the new batteries in mind. I wish I would have thrown in a 5.0Ah pack while I was working, but I forgot. I suspect it wouldn’t really degrade the performance.

A hedge trimmer is not really a tool I’ve used much and I did not own one until Milwaukee sent me this sample, and so I cannot say whether it’s better than any other brand.

But the M18 Fuel Hedge trimmer got the job done fast without struggling. The only time I stalled it was when I was doing something I shouldn’t have been — cutting something larger than the 3/4″ capacity.

We could have done the job by hand but it would have taken us 3x as long. I can definitely see the use in a tool like this if you had a large number of bushes or a large hedge to prune.

Note: Yes, everyone should wear safety glasses when doing this kind of work.

Thank you to Milwaukee for the test sample.