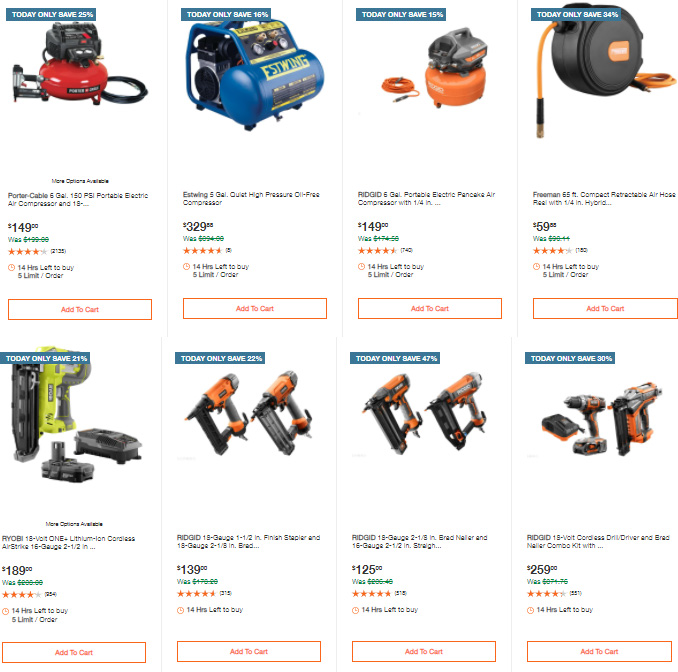 Over at Home Depot, they have a tool-related deal of the day today, 11/19/20, featuring a broad selection of air compressors, air nailers, cordless air nailers, bundle kits, and other related nail-fastening tools.

Not all of those deals of the day are the best buys you can find right now, though.

There is a Ridgid air compressor and air hose bundle, for example, priced at $149. However, that air compressor is on sale right now as an unofficial Home Depot PRO Black Friday tool deal for $99, and the air hose is priced at $45 on Home Depot’s website. In other words, there’s a $149 deal of the day bundle, but you can buy the same two products for $144 if you buy them separately.

A lot of the the deals are decent buys, however.

The deal would be more interesting if there were larger workshop-sized air compressors included, but maybe those deals will come later in the season.

I know that some of you are shopping for new nailers and compressors this holiday season – did any of these deals make it your online shopping cart?