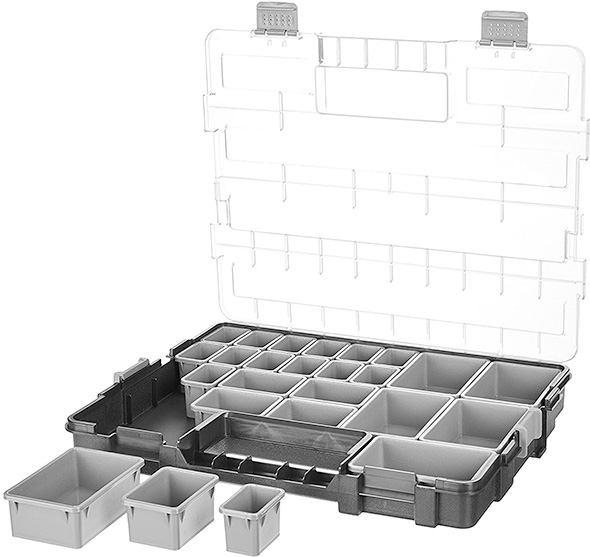 Eric wrote in, with a tip about new AmazonBasics tool and parts organizers.

Amazon currently offers a slew of AmazonBasics tools, and we’ve posted about some of them before:

AmazonBasics part cases – a little more expensive than HF, but cheaper than Sortimo. I have only tried one version but they have great construction and get good reviews.

Glad I found your site – wish I would have found it before Black Friday.

These new tool and parts cases do look interesting. I was previously a fan of Stanley 25 compartment parts cases, and have seen the Harbor Freight lower cost cases.

I own Sortimo T-Boxx parts organizers, and they are exceptionally good, but the benefits are not proportional to the premium they command.

I’ve tried all kinds of organizers, small, large, inexpensive, pricey, and everything in between.

These AmazonBasics parts organizers look like they were heavily inspired by Stanley’s, and seem to combine several features that can be found across several Stanley tool box and parts organizer product lines. 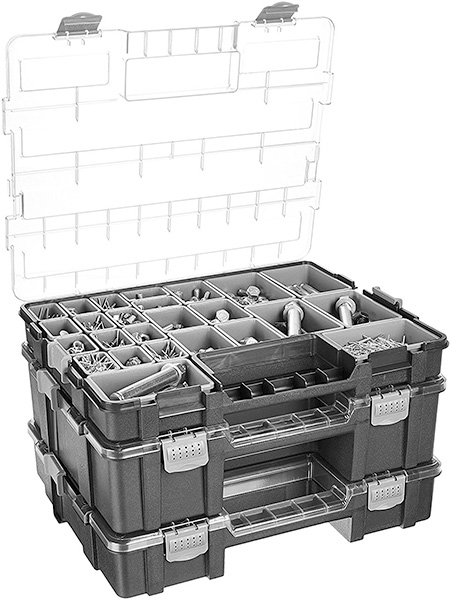 There are 3 sizes/styles of AmazonBasics tool organizers, and they all stack together:

The 25 compartment organizer will likely be ideal for all manner of small parts. Or, take some compartments out to make room for tools – at least that’s what they say you can do. 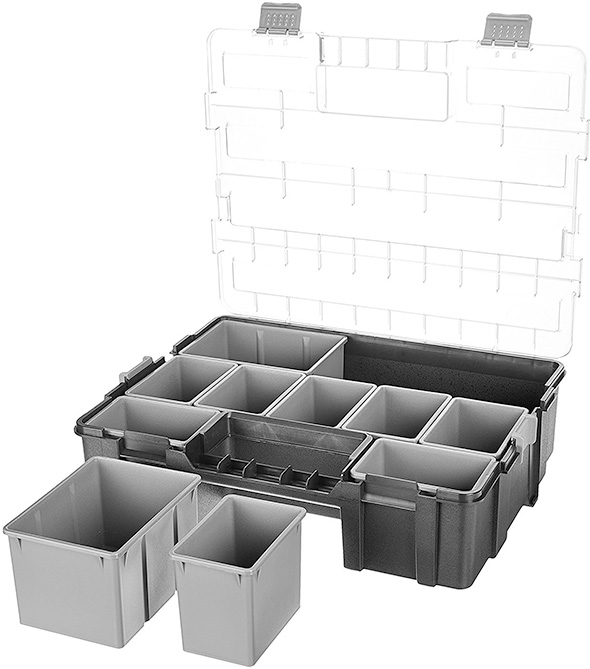 The 10 compartment organizer will be the better choice for holding an assortment of larger fasteners and components. 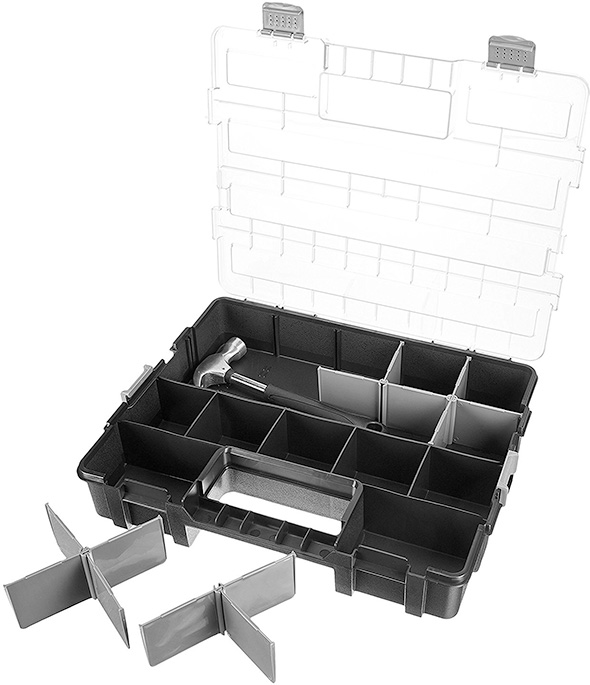 The adjustable parts organizer can be used to create custom-shaped compartments.

I don’t recall seeing adjustable organizer partitions like this before. There are double-length dividers, and shorter dividers, with the longer ones featuring “hubs” in the middle that the smaller ones can connect to. The walls have similar connection points. 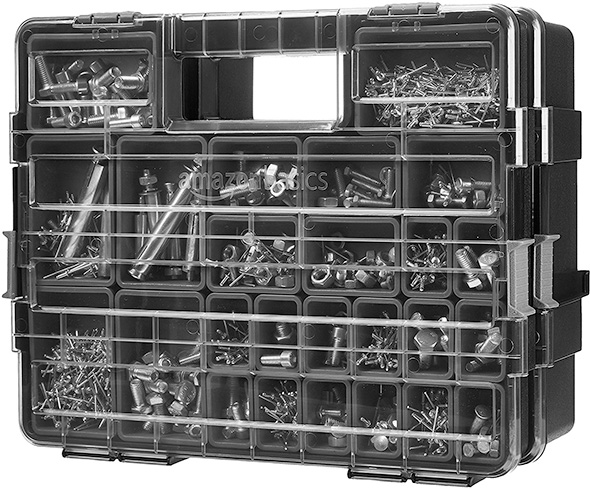 All of the cases can be stacked together for vertical or horizontal storage. It also looks like the lids have ridges to help keep bins in place, to prevent the smallest parts from wandering into other compartments.

I say help, because at least one user reviews on Amazon complains that it doesn’t do the best job of preventing small parts from migrating.

Let’s be frank. Who designed these organizers? Who is making them from Amazon?

At these prices, I’m more inclined to go with name brands, and might even give Stanley a second chance. As discussed separately, current Stanley parts organizer quality seems to be lower than in the past, when I was able to very highly recommend them.

The AmazonBasics organizer is less than $1 cheaper than Stanley’s FatMax Shallow Pro organizer. The [compatible?] Dewalt 10 organizer is regularly $20.

At prices of $16.49 for each of the removable bin organizers, and $18 for the adjustable compartment organizer, I’m not heavily compelled to try them out.

Maybe they’re worth a closer look. Let me know what you think, and which of the three you’d want me to investigate.

Thank you to Eric for the heads-up!