ToolGuyd > Hand Tools > Pliers > Amazon Made Their Own Pliers
If you buy something through our links, ToolGuyd might earn an affiliate commission. 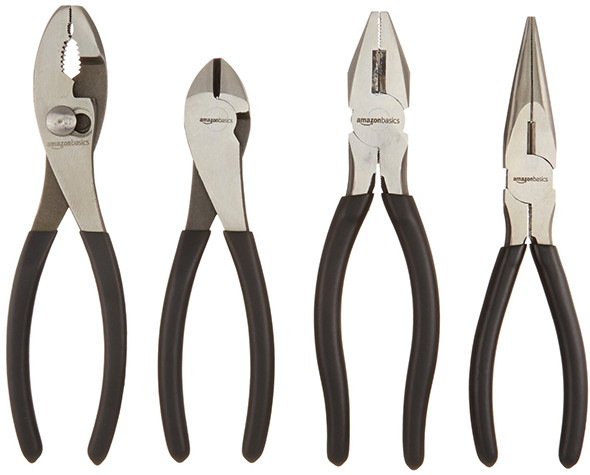 Earlier this year, Amazon came out with their own basic set of pliers. Yes, Amazon now makes pliers, or at least worked with an OEM to produce their own AmazonBasics-branded pliers.

There are numerous budget pliers offerings around, and it looks like this set is designed to appeal to shoppers who just want a bunch of pliers without fancy features or elaborate handle grip designs.

If you were just starting to build up your tool collection, would you buy these?

Thinking back to my first pliers, I think I would give these fair consideration, along with the Stanley pliers I had gone with. Now, I guess I would also consider this set for backup, lending, or auto purposes.