ToolGuyd > DealGuyd > Amazon Lightning Tool Deals for 11/05/15: More Flashlights
If you buy something through our links, ToolGuyd might earn an affiliate commission. 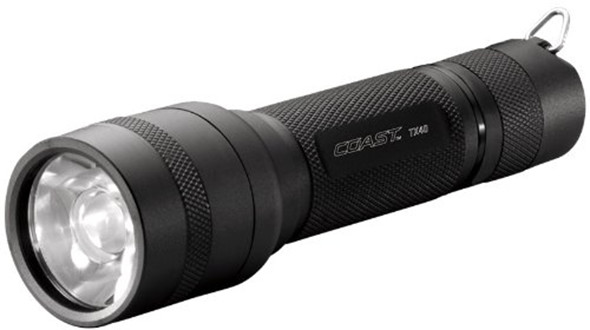 Amazon’s pre-holiday lightning tool deals are off to an exciting start. NOT! But I guess things could be worse. If I were in the market for some new general purpose flashlights, I’d probably consider these.

And again, these Coast flashlights are also be eligible for Amazon’s separate 15% off Coast promo, which I’m guessing should stack with the Lightning Deal discount if sold directly from Amazon. Right now, that might only apply to the HP8417.

To be honest, I don’t see much appeal with the products included in today’s Lightning Deals, but that’s just me. But maybe you will. Coast LED flashlights are decent, and my recent Coast FL60 LED headlamp experience furthers that impression, but the two flashlights involved in today’s deals don’t seem to stand out in any particularly compelling way. Here’s to hoping tomorrow brings us better deals!

Prime early access deals start 30-minutes later for non-Prime subscribers. As usual, the “Lightning Deals” will have limited time sales windows and limited supplies of products that will be available at the sale prices. Sale prices will only be known once the deals go live at their designated times.

Strategy Tip: If you think you might want to take advantage of a deal, adding the item to your cart reserves one for you for 15 minutes, giving you time to make a purchasing decision before it has a chance to sell out.