ToolGuyd > DealGuyd > Amazon Lightning Tool Deals for 12/2/15
If you buy something through our links, ToolGuyd might earn an affiliate commission. 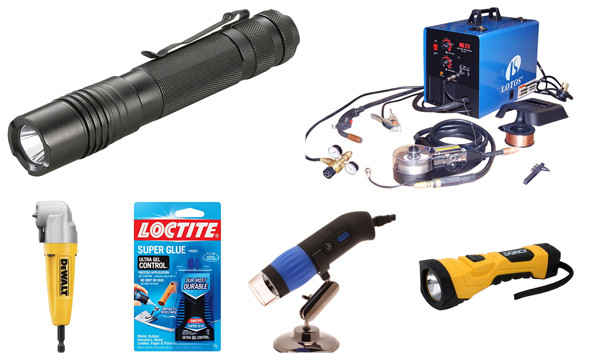 Today’s Amazon Lightning tool deals still aren’t quite what I’ve been waiting for, but there are a couple of things of interest.

I’m going to try to check out the Streamlight rechargeable LED flashlight deal, and maybe the Loctite Ultra Gel Super Glue. The Dewalt right angle driver attachment looks good too, but I’m almost certain I’ve got one around here somewhere.

Prime early access deals start 30-minutes later for non-Prime subscribers. As usual, the “Lightning Deals” will have limited time sales windows and limited supplies of products that will be available at the sale prices. Sale prices will only be known once the deals go live at their designated times.

Strategy Tip: If you think you might want to take advantage of a deal, adding the item to your cart reserves one for you for 15 minutes, giving you time to make a purchasing decision before it has a chance to sell out.