ToolGuyd > DealGuyd > Amazon Tool Deals of the Day! 12/2/2018
If you buy something through our links, ToolGuyd might earn an affiliate commission. 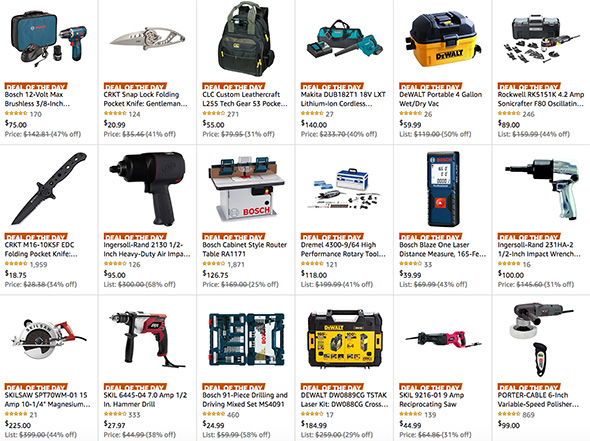 What’s the Deal?: Amazon is having a one-day deal on tools and home improvement items as part of their “12 days of deals” holiday season sales event.

(Thank you Mosh and ACF for the heads-up!)

Notable Deals: The Bosch PS32 brushless drill/driver kit is now just $75. That’s a FANTASTIC price. (Our guess is that there were supplies left over from their Cyber Monday sale.

If you bought this drill at the $84 price, it might be worthwhile to email them and ask for a price adjustment. If they say no, ask for a credit instead. The different isn’t enough to make a return and rebuy worthwhile.

The Bosch router table also looks to be a good deal. That and the other model are rarely discounted.

Some of the other deals look good, but we’re unable to conduct a thorough analysis before the deals expire.

Buy Now(See all the deals via Amazon)