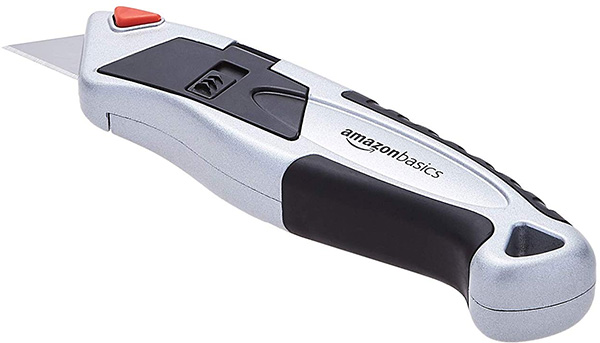 Amazon has come out with a new retractable utility knife under their amazonbasics branding. It features and auto-loading mechanism, rubber grip, retractable 3-position design, and comes with 5 blades.

It features heavy duty zinc-alloy construction, although to be frank I’m not sure how to interpret this – it looks like your average cast metal utility knife handle to me. The included blades are made from SK5 [high-carbon] steel.

Amazon says their new knife is: 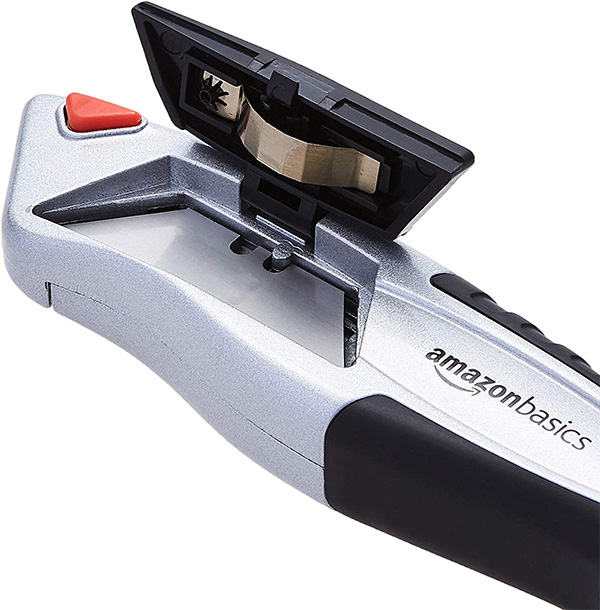 The blade change mechanism caught my attention. They say it auto-loads blades, and it looks to me that the red button is the blade release, for removing dull blades, and that the blades are automatically loaded in from a side door. This seems like easy-to-use design.

Looking deeper on Amazon, there are similar and even near-identical designs, ranging in price from $10 to $13.

To me, it looks like Amazon identified a product that was selling well and commissioned the OEM to create a batch with their branding.

At the time of this posting, there are 26 ratings, mostly 4 or 5 stars, from customers that received free products or “early reviewer rewards.” An identical-looking knife from “Internet’s Best” is priced at $11 and has 145 ratings, mostly positive as well.

Personally, I’d be far more inclined to purchase a knife from Stanley, Milwaukee, or other such established companies. The Stanley QuickChange knife I linked to above is $8.13, and you can probably find it for less at home improvement stores. If you’re not a very heavy-duty user, the 3-blade storage and quick change mechanism should be fast enough.

A new Amazon-branded utility knife isn’t a big deal. But what’s going on behind the scenes to prompt this? Is Amazon looking to compete with established brands in the consumer tools and home improvement market?

As for the knife itself, it looks like it might work as well as a $10 retractable knife could be expected to. My only concern would be that the blade storage compartment door might pop open if it’s dropped onto a hard surface, but a quick scan of user reviews doesn’t mention this happening.

How Many Different Utility Knives Does Craftsman Make?