ToolGuyd > Hand Tools > Precision Tools > Bausch + Lomb 5X Loupe Review
If you buy something through our links, ToolGuyd might earn an affiliate commission. 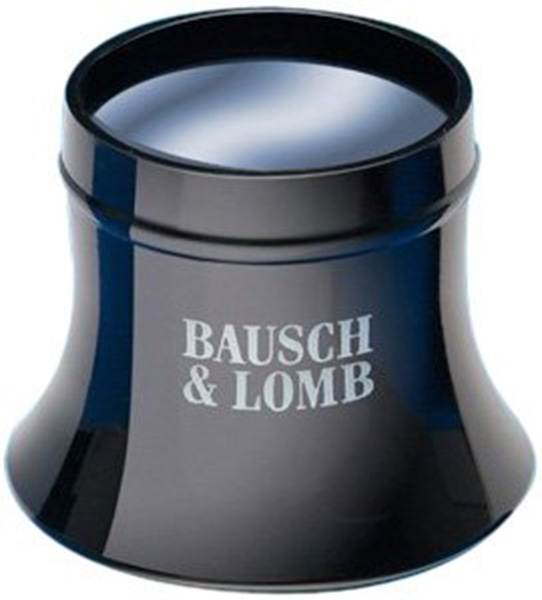 I recently purchased a Bausch + Lomb 5X watchmaker loupe for making close-up inspections of small parts. I have other magnifiers, but it’s good to have something small, lightweight, and pocketable.

This isn’t my first loupe. I used to have a Bausch + Lomb loupe at my lab, for inspecting the largest features of my samples without a microscope. I also own a 2x loupe, made by some unknown brand in India. It’s actually quite decent, but I needed higher magnification, hence the purchase of this Bausch + Lomb 5X.

The magnified image is crisp and clear, and I’m happy for what I paid. The plastic housing itself is smooth and well-made, and you can immediately see the differences between this loupe and my no-name 2X.

It’s durable, too. I know this because it bounced around on the floor after it slipped from my hands. Whoops. There are no signs of damage.

The loupe comes with a small storage pouch, which I don’t care for as it sheds small fibers.

The loupe can be used in either direction. I tend to use it in reverse most often, because the larger air gap between lens and object allows more light to reach it, resulting in a brighter image and even a different view depending on the direction of the light.

This is one of those things that you don’t know you need until you need it. Overall, I’m pleased with my purchase. It could be better, but for under $10, it’s about what I expected.

There are no markings on the loupe itself, other than the brand and magnification, but the packaging says that the loupe is made in the USA.