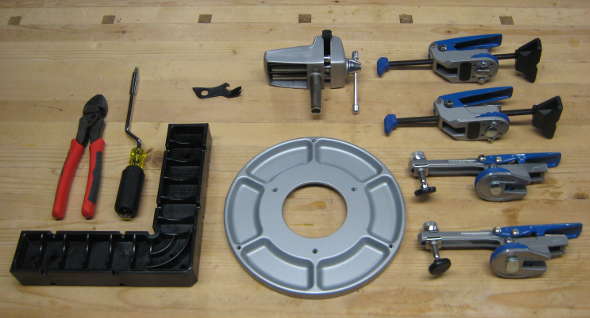 Stuart: One of the powers I have as ToolGuyd owner, editor, and multiple hat wearer, is the ability to send an awesome contributor on a $200 tool shopping spree, no strings attached. (I enjoy doing this for readers too, as with the recent April Tools Day event.) I saw it as a perk, a potential learning experience, and I was curious to see what Ben would go for, as everyone spends money differently when it’s “free money.” I’ll let him tell the story:

When Stuart asked me to go on a $200 tool shopping spree, my first reaction was: “Mmmm, okay?” It took a few emails back and forth for me to finally understand that he just wanted to see how I would spend it. After a few weeks to think about what I wanted, and a few shopping trips later, I finished spending all his money. Here’s a summary of what I purchased and why.

Parts for My PanaVise 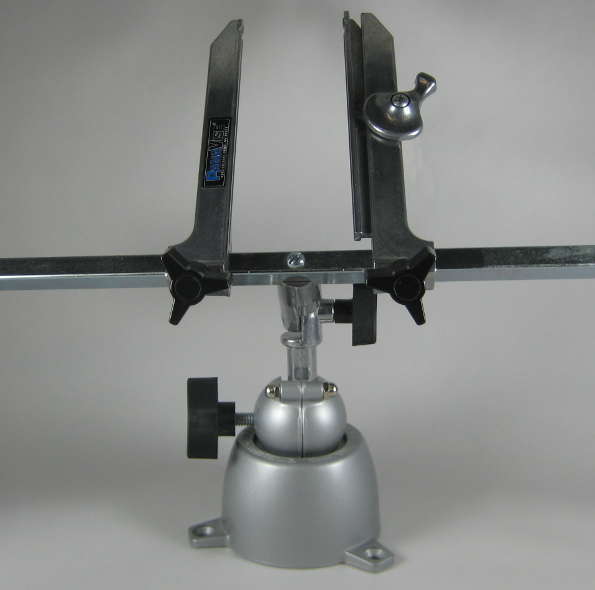 Being an electrical engineer, I’m pretty spoiled for equipment. While most people get by with a Weller soldering station, I complain if I don’t have a Metcal in front of me. I’ve been slowly building up my electronics equipment at home, and one of my must-have tools is a PanaVise.

A few years ago, I purchased the bare minimum setup I needed: a standard base, and a circuit board holder. I figured this would be a good time to pick up the tray base and the standard vise head. 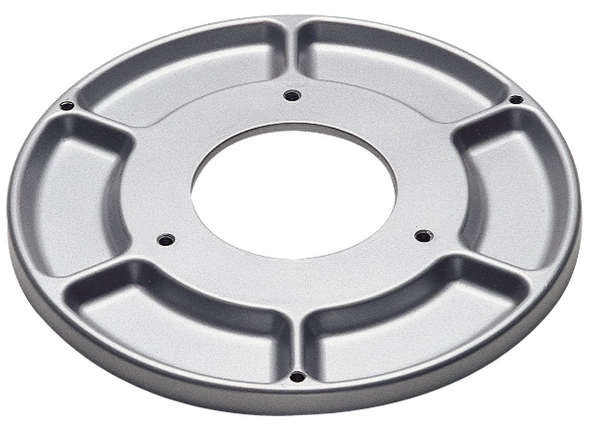 The tray base makes the vise less tippy and provides six separate trays for temporary parts storage. It also comes with anti-skid pads so it won’t slide around when you are trying to work. There’s also an accessory set for this base which includes sponges, a soldering iron holder, and a solder spool holder, but I never really found those accessories useful. 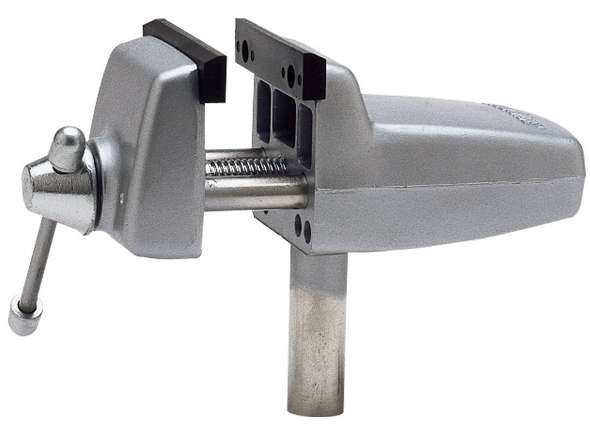 PanaVise also makes a standard vise head for the base I own. The vise has nylon jaws that are less likely to damage a circuit board, and insulate electronics from the metal vise so you can power them up for testing. It’s also really handy for other hobby uses, as the base allows you to position the vise in any position between horizontal and vertical. 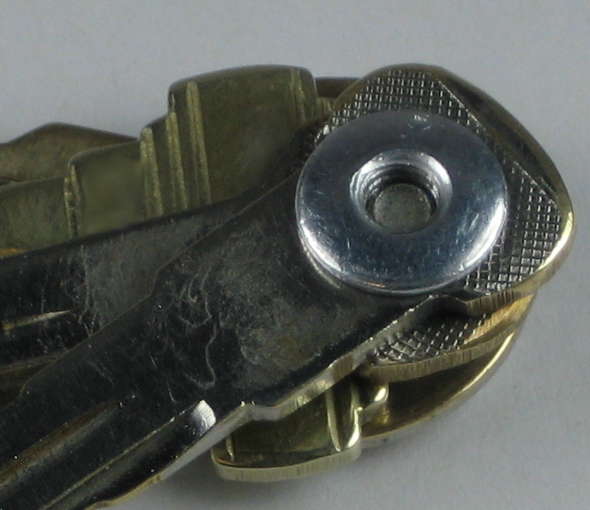 I have a minimalist key ring. It consists of four keys on an aluminum binder post. I made duplicate keys for our Jeep and Silverado and cut them down to the size of the other keys. Recently, we sold our Jeep and bought a Honda CRV. If you’ve ever seen a Honda key you’ll know I’m not cutting that monstrosity down, I refuse to even carry it with me. This meant I needed a fourth key on my ring to make the spacing right for the binder post. That’s where I hope the Gerber Shard fits in.

Stuart wrote about the Shard a few years ago. Just to review, it has a Phillips screwdriver, small flat screwdriver, medium flat screwdriver driver, bottle opener, lanyard ring, prybar, and wire stripper. It’s a little longer than my keys and the lanyard hole is a little larger than I would like, but it really was the closest option I could find.

In the summer of my sophomore year in college, I worked for a master electrician who was a friend of my dad. My dad thought it would be great experience for an electrical engineer, and he was right, at least about it being a great experience.

One of the tools I fell in love with was the Rapi-Driv type screwdriver. When you are trying to screw a dozen wall plates into place, making sure to get all the slots vertical, and not cracking the plate by over tightening it — there isn’t a better tool.

For some reason, when I went to Home Depot to grab one, they didn’t have the standard 3/16″ blade version in stock. All they had was the new 2-in-1 interchangeable tip version. Not wanting to run all over town to find one, I just grabbed the 2-in-1 and justified it by thinking that it’d be nice to have both Phillips and slotted tips.

When I played with the Rapi-Driv at home, I noticed that the shaft seemed a little thicker and the slotted bit a little sloppier, but a smile still came to my face though when I tried it out, so I think I’ll keep it.

Last time I had to cut some piano wire, none of my beat up pairs of cutting pliers could do the job. I ended up beating on an end-nipper with a hammer until the wire dented enough so that I could snap it. At that point, I decided I should probably buy a decent pair of cutters – that was several years ago. When this shopping spree opportunity came, I resolved to finally buy a pair.

I wanted a set of diagonal cutters that didn’t hurt my hands when I tried to cut nails and wire. This meant I was looking for high leverage pliers with padded grips. Cruising the aisles of Home Depot, I spotted the Crescent 8″ Diagonal Nose Pivot Pro pliers that Stuart posted about last year.

Crescent hasn’t let me down before, and while the second pivot point seemed a little gimmicky, these looked like they were built well. I wasn’t disappointed either, when I got home I was cutting nails and piano wire like they were made of copper. 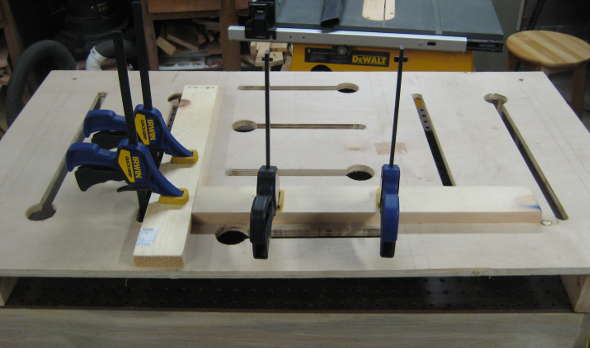 I’ve been using pocket holes more and more in my shop, but I just don’t have the setup to easily clamp everything down when I drill the holes and assemble the joints. A while ago I built the above auxiliary clamping table for quick clamps, but I found that the quick clamps get in the way too much to be really useful. 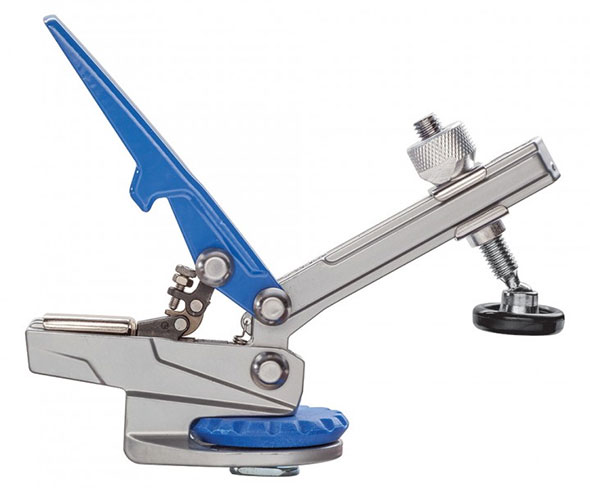 When I saw Rockler’s new auto-locking T-track clamps, I was really impressed. So much so that last time I visited Rockler, I decided that I was going to build another clamping table, this time modeled after Rockler’s T-track table. T-track accessories like the Rockler’s auto-locking hold downs will replace quick clamps.

Another use of a T-track table is to align and hold frames in place while gluing them. That’s where clamps like these other Rockler Auto-lock T-track clamps come in handy. They’ll apply force horizontally against the frame to keep the glue joints tight. 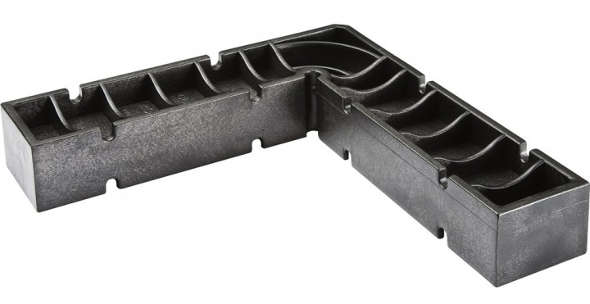 One really neat idea I saw on display at Rockler was to use their Clamp-It as a corner clamp on a T-track table. You can secure it to the table with T-bolts and use it as a solid right angle to clamp against. So I picked up one of those too.

After all was said and done I spent $195 before tax and with tax I went a little over.

What Would You Have Bought?

Alright, now that I’ve shown you what I bought, let’s hear about how you would spend $100 or even $200. Pretend that you had a gift card or prepaid credit card to spend on tools anyway you saw fit. There are no constraints, other than it being tool related. Would you buy materials for a cool project, get the latest new drill/driver combo, or buy a bunch of hand tools from your Amazon wish list. Let us know in the comments.

What the Heck are Milwaukee’s ECX Screwdrivers and Bits for?