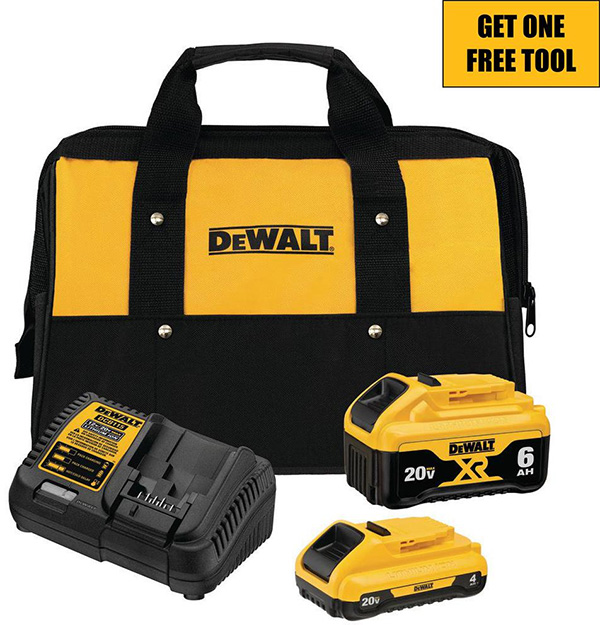 I posted about a great Dewalt 20V Max cordless power tool battery deal the other day, and while I would still argue that’s the best deal on Dewalt Li-ion batteries right now, quite a few people have insisted that another Dewalt deal is a much better buy.

I took the time to look it over more closely, and I’m starting to agree.

The last time I looked at this deal, most of the best freebie tools were sold out and unavailable. That has now changed.

Also, while there have been 5Ah starter kit promos before, this base kit bundle is different, instead featuring a compact 4Ah battery and higher capacity-style 6Ah battery.

The battery selection here is a big deal. The compact 4.0Ah battery will be a lighter pairing for smaller tools than older 3Ah, 4Ah, or 5Ah batteries, while delivering at least double the runtime compared to Dewalt’s 1.5Ah and 2.0Ah compact batteries. And, it can also be used with Dewalt’s heavier duty tools.

The 6Ah battery, while larger than the 3Ah, 4ah, and 5Ah 10-cell battery packs, will deliver longer runtime, and potentially stay cooler during heavier output when paired with higher performing tools. 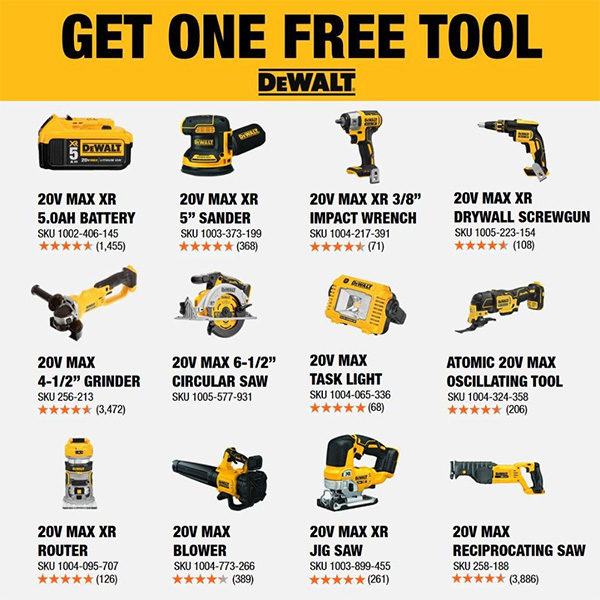 Now, let’s look at the full list of the freebie tools you could select from. Most of these tools are XR-class, featuring brushless motors.

Dewalt’s cordless router typically sells for $199 by itself, and the same is true for the 3/8″ impact wrench and jig saw, with all 3 tools equipped with brushless motors.

This is a great deal for new or existing Dewalt cordless power tool users. You get 2 next-gen batteries – are these even “next-gen” anymore or simply cutting-edge now – for $199, and a FREE bare tool on top of that.

$199 for the starter kit and router, jig saw, or impact wrench is going to be a very good deal. The other tools are also appealing, but you get the maximum savings when you opt for the highest value freebie tools.

If you add the 5ah battery as the free tool the total price actually drops to $159 since the battery is also on sale right now.

I tried it, and it works! Is this a stacking discount, or is the price not supposed to dip below $199? *Shrug* – 15Ah worth of charge capacity for $159 sounds is a superb deal!

If You Want 5Ah Batteries… 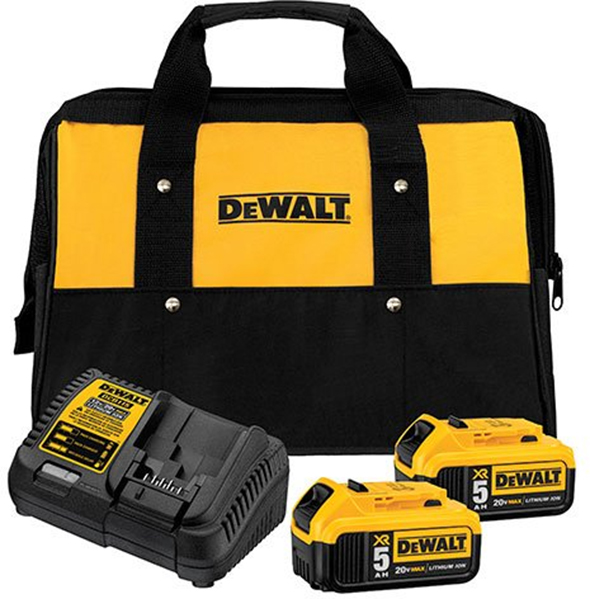 Acme Tools has a similar deal, but with the starter kit featuring 2x 5.0Ah batteries.