ToolGuyd > Hand Tools > Plumbing > The Best Plumbing Parts and Suppliers?
If you buy something through our links, ToolGuyd might earn an affiliate commission. 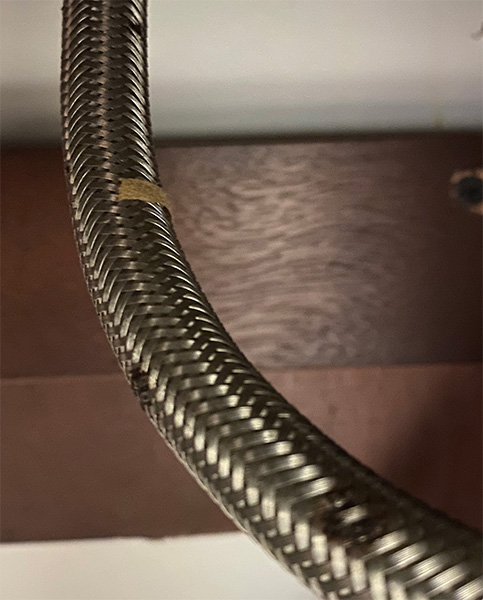 So, I went to wash my hands. The bedroom sink sees less use than those in our other bathrooms, but I tend to notice when things feel *off.* The cold water handle seemed a little tight.

That prompted me to look under the sink – I don’t know what I expected to see, but it seemed like a good idea.

What are the dark spots on the hose? I felt it and some grit came off. Rust? On what’s supposed to be a 4-year-old stainless steel braided hose?

I looked at the hot water side. The hose was short and looked to be intact, but… 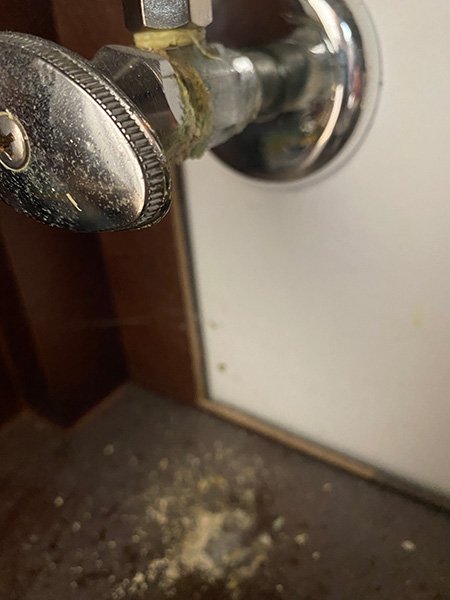 The shut-off valve was a mess. That’s… a lot of mineral deposits. The bathroom was completely redone 4 years ago. I don’t access this cabinet very often, but I’ll have to check it more frequently. 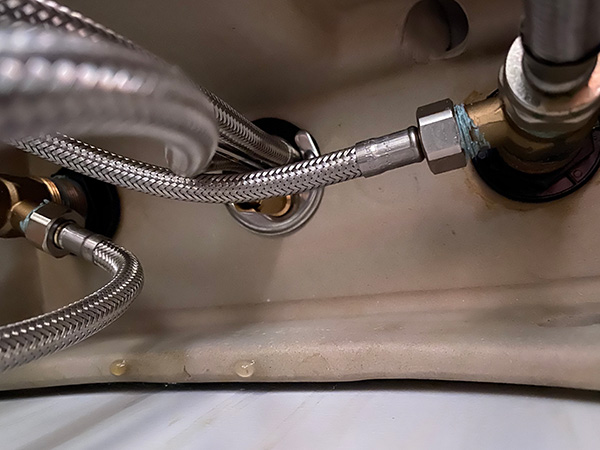 And… there’s some droplets up at the bottom of the sink.

It *could* be water leaking under the handles or faucet – maybe? – but could also be condensation I guess.

Needless to say, I’ve got some work ahead of me. This seems like pretty basic stuff to do.

But, enter my obsessive mentality. Which parts do I buy and from where? I drew a complete blank. That’s where you guys come in.

Talking to a lot of pros, and from my own observations, there are three very different options stick out in my mind.

The home center vs. supply house debate has never been finalized. We’ve had several failures of supply house outlets and switches, and some of the switches feel “mushy,” while the better stuff from the home center are working a lot better.

When we had some electrical work done, my electrician told me the parts I showed him from Home Depot were better than what he’d be able to source from the electrical supply house for the money.

For things like faucets, I’ve heard and seen that supply house parts are almost ever better-built than those you’d find at the home centers.

But what about the basic parts, such as shut-off valves and hoses? 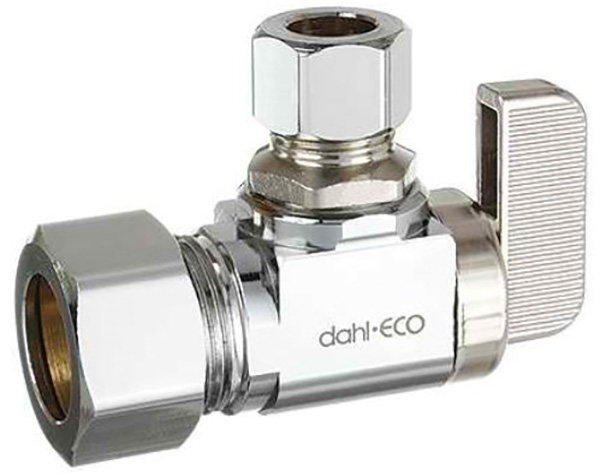 Shown here is a Dahl shut-off valve, model 611-33-31, and after I double-check on sizing this is probably what I’ll get. I might check with my local plumber to see what they use.

The Dahl valve is harder to find online than the BrassCraft valves sold at Home Depot, but not much more expensive.

This particular valve is described as a mini ball valve, which I like the idea of better than the turn-turn-turn valves our sinks and toilets currently feature.

Home Depot also does have BrassCraft quarter-turn valves, but for not much more money (ignoring shipping fees for the moment), the made-in-Canada Dahl seems more appealing.

Looking at hoses, one online supply shop that carries the Dahl valves has a Bluefin-branded 16″ connector hose for $2.82, and a Fluidmaster 16″ hose for $3.19. The BrassCraft 16″ hose is $5.75 at Home Depot. All look to have metal compression nuts (as opposed to plastic). The Home Depot part costs twice as much, but that doesn’t mean it’s twice as good. Hoses are definitely important here – which do/would you but?

When is it okay to buy from a home center, and when is it time to shop at other suppliers or trade suppliers? Which brands do you trust most?

Side question – after looking into what’s needed to replace what looks to be a compression-fitting valve, a few online sources say to cut the pipe first, others say to be mindful of where the new compression ring is placed. With the fittings the way they are, there’s not much room for cutting.

Oh, and what the heck is going on here: 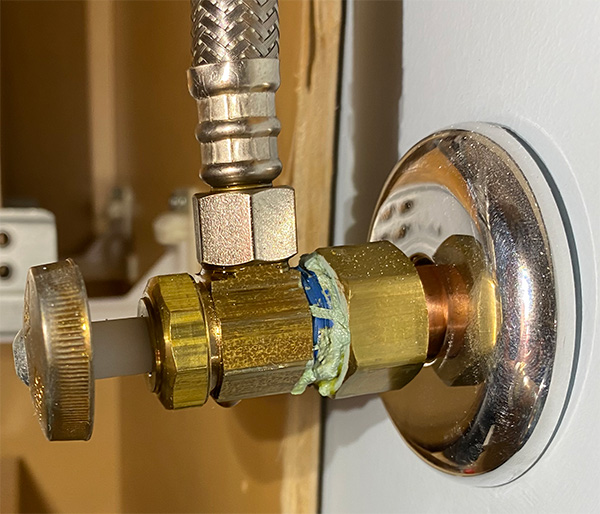 This is in the hall bath, with BrassCraft valves. Did they use pipe tape with some kind of dope? It’s dripping some oil-like substance. My understanding is that pipe tape is absolutely not needed on these kinds of fittings. *facepalm*