ToolGuyd > Editorial > Reader Question: Which Power Tool Brands are Better?
If you buy something through our links, ToolGuyd might earn an affiliate commission. 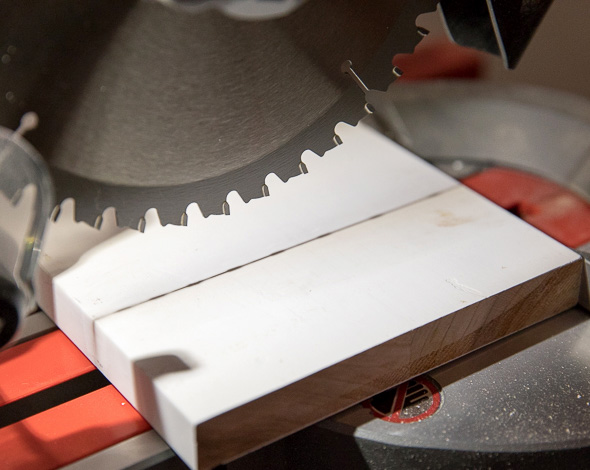 A few months, I posted a discussion about the best cordless power tool brand, and while it wasn’t the quickest post to work on, it was relatively easy. Cordless power tools are fairly easy to classify and generalize about.

But power tools, included corded tools, benchtop tools, and stationary equipment? That’s not so easy to generalize about.

Adam wrote in, with questions about how brands stack up to one another in regard to woodworking and DIY tools:

I’m a newer woodworker/DIYer and I love your site. One thing I have been struggling with between your site and forums I am on, and woodworkers I follow, is which brands are “better” in terms of their target. For instance, a lot of the folks I follow use Rigid or Festool tools, suggesting somehow that those are the best.

My overall impression of brand quality based on what I’ve seen has been:

But maybe that isn’t correct based on your site and reviews? I realize that price isn’t a guarantee or quality and that people like different tools for different reasons and purposes, but when starting out it’s hard to know these things. My dad is a HUGE DeWalt fan but he doesn’t REALLY know power tools well, he just knows the name. I assume Festool is top of the line because those things are crazy expensive. Am I way off in the “hierarchy”?

Following is a polished version of the response I sent to Adam via email. (I’m really sorry to others whose emails I haven’t gotten to yet!)

I recently posted about best cordless power tool brands, but in terms of woodworking and DIYer tools, there’s somewhat of a difference, and more brands involved.

I would describe Festool tools and their offerings as being “advanced.”

Their tools are good, and some are better, but others aren’t necessarily better quality than competitive market-leading offerings, although they can still be more advanced. That can be good, or bad. Do you want your tool to work out of the box, or do you want to have to read a manual, find the auxiliary manual online, and then head online again to find tips and tricks? Not all Festool tools require that, but some do.

(I should also mention that after the learning curve, some Festool tools do provide advantages in the form of better results or productivity.)

Festool also offers exceptionally good dust collection, but that often requires you to buy into the “system” for best results.

Bosch’s jig saws are exceptionally good. It doesn’t matter where they might fall in a generalization hierarchy, certain tools like Bosch’s jig saws will always stand out.

Dewalt, Milwaukee, and Makita have an edge when it comes to construction tools. They innovate regularly, and even constantly, with the current focus being on cordless construction tools. DIYers, woodworkers, and “sophisticated hobbyists” seem to be a secondary target audience – at best. That depends on whether you lump industrial and commercial users in with construction pros and tradesman in a single “professional users” category.

Hitachi and Ridgid seem to be pretty on-par with each other. They both get a little creative and extra-innovative with their products, because they can. They tend to compete differently, and seem to have greater freedoms because of it.

Porter Cable doesn’t know what they’re doing anymore, but their woodworking-focused tools are very good, such as their routers, jigs, and tools of a similar nature. Their power tools are more Ryobi-level, aimed by the brand at “value-minded” pros, with retailers aiming them more at consumers and near-entry-level shoppers.

Harbor Freight sells a lot of entry-level stuff, but a lot of their tools are said to be decent – after you put some time into cleaning and truing them up.

You’ll see a lot of Ridgid tools used by woodworkers, because in some cases Ridgid’s the only retail store brand that offers them. Craftsman has fallen far, or I’d mention them in the same light.

To sum it up, in the most general sense:

Festool stands apart from the other brands. Sometimes they’re better and at a higher level, other times, they’re simply different.

Bosch, Dewalt, Milwaukee, Makita are the top brands, from an observational point of view. Dewalt and Milwaukee are kings of the construction market, with Makita and Bosch with lower market share. But in terms of tools, Bosch and Makita have competitive offerings that might be considered superior. I would, for example, value Bosch’s router, jig saws (at least the higher-end ones), and sanders to be better buys than their red, yellow, or teal equivalents.

Ridgid and Hitachi seem to be on even ground, but there are some Hitachi offerings that dip into lower-tier territory, and others that rise above this tier, competing with and even besting the “higher” tier brands. Their triple hammer impact drive comes to mind.

Then comes Porter Cable and Ryobi. Porter Cable has some very good woodworking offerings and accessories, and Ryobi has a few gems as well.

Harbor Freight has specialty equipment, sometimes the types of tools you simply can’t get without spending a lot more elsewhere.

There are other brands in the mix, such as Maffell (super high end), Grizzly (a mixed bag in terms of quality, but huge product selection), and a few other brands, such as Rikon.

It gets really, really messy to generalize, because talking about specific tools can upend things.

The more you look, the more you read, and the more you talk to people, the more trends you’ll see in tool and power tool preferences. Dewalt’s scroll saw, for example, is widely acclaimed, as are their benchtop planers.

As for the folks you follow, a lot of prominent woodworkers have picked up sponsors. It can be hard to determine why they’re using a particular tool. They might be using the tool that best fits their needs, but sometimes it might not reflect an educated purchasing decision.

Speaking about myself, I might use a tool in a project, but because I’m testing it out, and not necessarily because that’s the one I’d buy. For instance, I own a Festool track saw, but might make a cut with whatever circular saw I’m currently testing.

Your response was immensely helpful. I knew a lot of the woodworkers I followed had sponsorships from Rigid or Ryobi, and I knew Festool was out of the plan for just starting out. I wasn’t sure where everything else stood, but as far as what I need, an impact driver, miter saw, router, orbital sander and jig saw are really what I’m after now.

It looks like I have a huge set of options that will all being good for what I need at this point. I’ll probably go for spending the money on things that REALLY make a difference, such as a good jigsaw, router and impact driver, and save a bit on the orbital sanders (get some good paper for it). I have a DeWalt circular saw and 18v power drill.

It turns out we have 2 good woodworking stores here. They carry Bosch, Festool, Triton and Mirka. I think my big decision now for impact drivers is more going to be 12V or 18V, which will then determine my choice.

Regarding sanders, I’m a fan of Bosch. I bought a Ridgid years back because it had still-decent scratch patterns in Taunton magazine test, but mostly because I needed a sander and had a Home Depot gift card to spend. (I bought a Bosch 1/4 sheet finish sander at the same time.)

I wrote more about Bosch sanders, and there’s some good reader feedback here.

Good sandpaper (or other consumables) can make tools even better. But you also have to consider dust collection and sanding uniformity. Taunton has an annual Tool Guide, and while they reuse a lot of content in the magazine, you might find it helpful.

It’s hard getting started, but making lists helps. An impact driver can be a place where you can go a little cheaper to start. And, depending on the projects you’re working on, you might not even need one.

If you go the 12V-class route, there will soon be deals on Bosch and Makita drill and impact driver combo kits.

12V drills might be limiting for certain tasks, though. Even my 18V Bosch isn’t enough for certain heavier drilling tasks. Pre-drilling and drilling in steps can help, to an extent. But for minor house projects, a 12V-class drill should be good to start.

Triton is a good brand, but relatively new to the USA. The only people I’ve seen using them are those who got a ton of them for free.

You could, and probably should head to your woodworking stores on a less-busy day, and talk to the staff there about what you want to do and what you’re looking to buy. They might have some advice for you, too. Couldn’t hurt.

With 12V or 18V, while you’re buying tools, you’re also buying into a system. Right now, Milwaukee’s M12 platform is king, in terms of product selection and promotion frequency.

This is a particularly difficult topic, or at least it’s difficult without talking about a dozen or two very specific power tool categories.

Things are messy because brands don’t “stay within the lines” as consistently as with cordless power tools or construction-focused power tools.

One other thing to keep in mind, regarding prominent woodworkers and DIYers, is that they’re often experienced and accomplished, with many projects under their belts. Some of their tools might be their first purchases, others might be upgrades. If you look at someone like the Wood Whisperer, for example, you’ll see how is preferences and choices have changed over the years. Sometimes it might result from which brand is currently sponsoring him, other times it’s simply about working in a changed environment.

When in doubt about a particular purchasing decision, it can only help to ask for help, whether here, a woodworking forum, social media, or everywhere. It can be helpful to pack as much information, insights, and opinions behind major purchasing decisions as possible.

But also remember, no purchasing decision is always final and forever. It’s only with use and experience that a woodworker, DIYer, hobbyist, professional, or any other type of user, learns their preferences and tastes. That’s something you will find when asking for insights and opinions – that some everyone has their own preferences, and those preferences might not apply to others.

If I was asked by a new woodworker or DIYer about which brand is “best” for them, and I could only answer with one brand, it would probably be [FILL IN THE BLANK].

(In all frankness, I think I’d say Ridgid.)

Reader Question: Where are the New Tool Guides?