ToolGuyd > Power Tools > Cordless > This Black & Decker Slide-on Charger Shorted Out
If you buy something through our links, ToolGuyd might earn an affiliate commission. 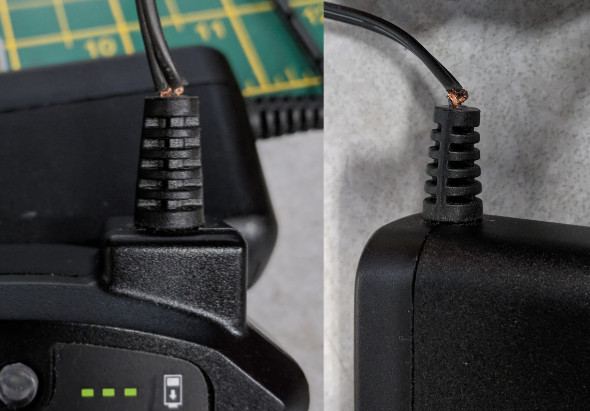 One night as my daughter was preparing for bed, she complained about a faint beeping in her room. After standing completely still for a few minutes I was finally able to hear it. It was very faint and intermittent.

We both looked for about 10 minutes until I finally tracked it down to a power strip beside her bed. Plugged into that power strip was the Black & Decker slide-on-style charger. It’s the kind that attaches to a battery pack, in contrast to the “docking-style” chargers that you might be used to. After unplugging it, I noticed that the insulation on the cord had pulled out from the strain relief and the two bare wires were twisted together. Even more disconcerting was that it was like that at both ends.

Let’s back up a bit. I’ve been letting my daughter use the Black & Decker cordless glue gun for her various crafts. She’s had the glue gun and the charger in her room for several months without a problem, and she absolutely loves it.

Neither her nor I abused the charger. We’ve both subjected it to the normal wear and tear of plugging it in, unplugging it, and moving it around the house. Yet on both strain reliefs, both wires were exposed and able to cross. I guess we’re lucky it’s a low voltage connection between the transformer and charging cup. 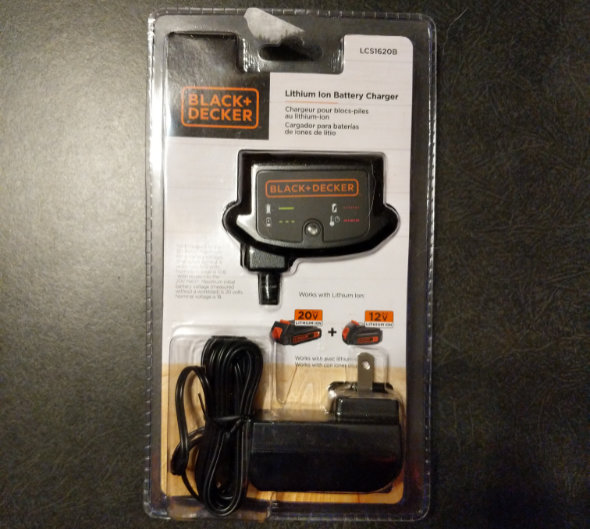 I emailed one our contacts at Stanley Black & Decker. They got back to me and said the engineering team wanted a look at the affected charger. So I boxed it off and sent it back to them. In the meantime, they ordered me a new slide-on charger, and I received it before Christmas. I haven’t heard back yet if there was a problem with that particular charger or if it was a defect, but I’ll let you know if they ever get back to me. 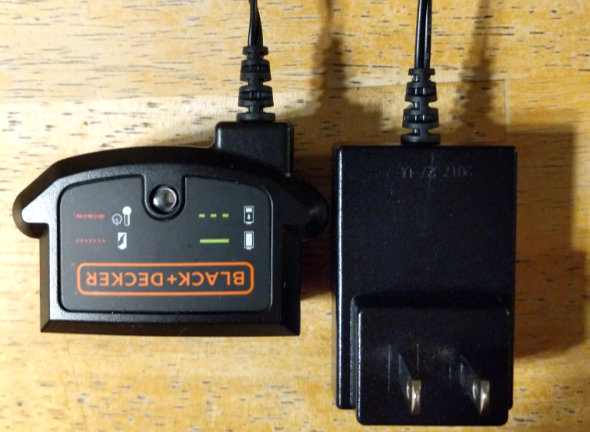 Here’s a closeup of the strain reliefs on the new charger. As you can see, they are fully intact. I don’t have any images of the original charger out of the box, but you can bet the strain reliefs are going to be something that I document on new tools from now on. 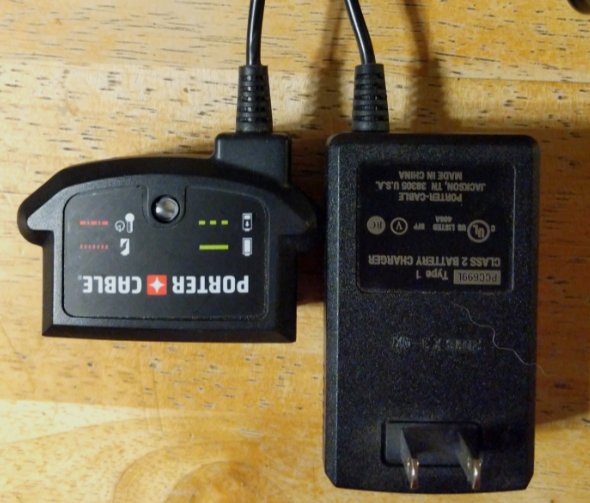 For comparison, I also have a very similar Porter Cable slide-on charger. The difference with this charger, besides the larger wall wart, is that is looks like it has two layers of protection: the two inner wires are insulated separately and then encased in another layer of insulation or sheathing. 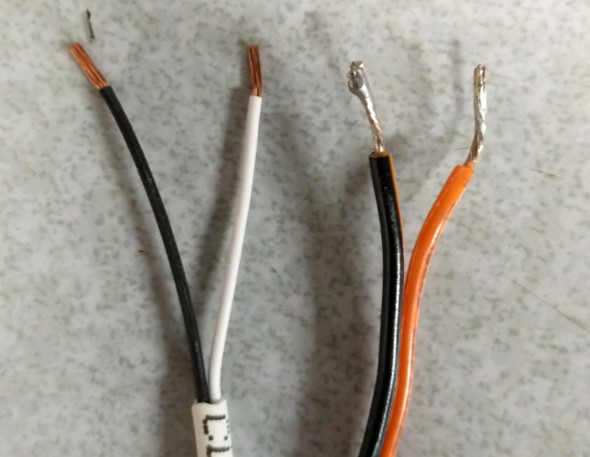 Above are similar examples of the two different types of wire used in Black & Decker and Porter Cable slide-on chargers. On the left is a two-conductor wire with insulation around each conductor and a sheath over both wires, and on the right are two insulated wires bonded together. Usually the sheathed wire is going to provide more protection for the conductors inside, but depending on the quality of the insulation and the sheathing, this isn’t always the case.

By posting this, I did not intend to comment on the quality of Black & Decker tools compared to Porter Cable, or to lament about the problems of slide-on chargers. My intent is to highlight one of the problems to watch out for with cords. Strain reliefs are there for a reason, because design engineers know that part of power cords are typically going to be subjected to greater stress and wear.

Just because there is a strain relief, that doesn’t mean that wires won’t fail there; in fact, in my experience, this is where cords usually fail anyway. The strain relief is just there to prevent it from happening sooner.

I think the bigger take away of this experience is to always check your cords regularly or possibly even every use — whether they are low voltage or line voltage.