ToolGuyd > Power Tools > Cordless > Bosch 12V Brushless Planer
If you buy something through our links, ToolGuyd might earn an affiliate commission. 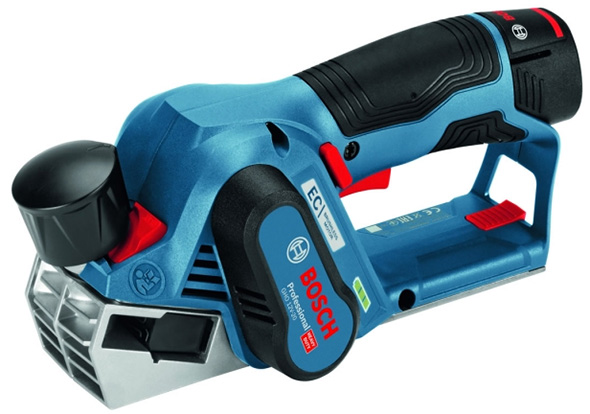 Yep, a Bosch 12V Max brushless planer. I knew it! Just kidding – this blindsided me. Who would have thought that a 12V-class planer and a 12V-class edge cutter would be Bosch’s newest brushless cordless tools?

The new Bosch planer is said to set a new standard for compact and ergonomic battery machines. If that sounds a little awkward, that’s because this is a translation.

As many of you have probably guessed by now, the new planer was announced in Europe. There haven’t been any announcements about a potential North American release yet.

Actually, I don’t think it’s even been announced in Europe yet – I pulled the images and details from a European retailer

Depth adjustment is said to be easy, thanks to the large knob. You can adjust the dust ejection direction, and connect a dust bag. It’s shown with dust collection attached, and so a dust port or adapter is probably included in the package, or should at least be available as an accessory option.

There’s even spare blade storage, at least according to the translation. I can’t see where the storage compartment might be, but am inclined to guess that it might stow in the flat hand guard area. 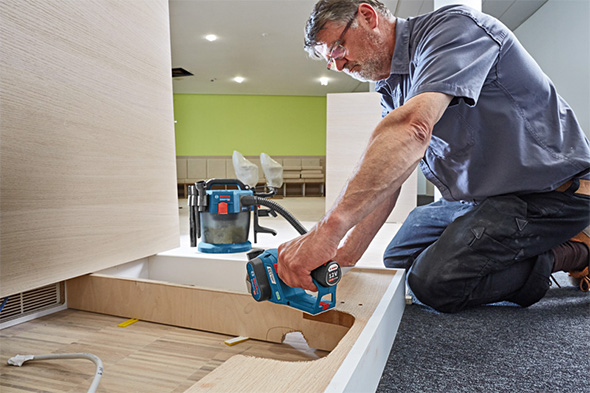 The housing – at least the metal and non-blue plastic part – is said to be made (machined?) from a single piece of aluminum. Actually, it looks like it’s not just the front of the tool, but the entire bottom plate as well.

A major selling point focuses on the ergonomic and compact design that’s optimized for one-handed use. 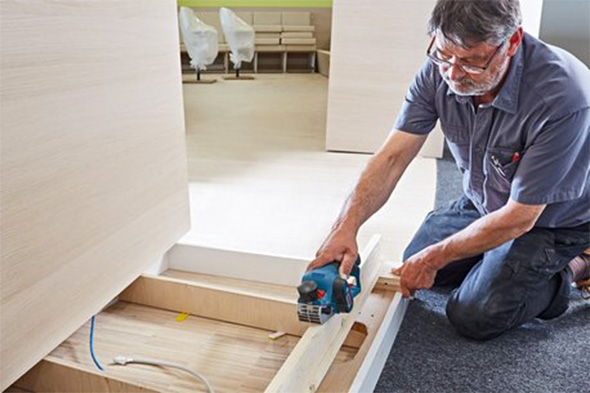 Part of the news attached to this and the new edge cutter is the emergence of new Bosch 12V Max 3.0Ah battery packs. Or at least they seem new, and I don’t think I posted about them yet.

As excited as I am that Bosch is breathing life into their 12V Max lineup, there are no assurances that we’ll see this release in North America. Based on Bosch’s track record, the probability is actually quite low.

Plus, what about their 18V lineup? Surely they could have come out with brushless 18V models too. But I suppose that’s an area where there’s fierce competition, with brands like Dewalt, Milwaukee, and Makita cranking out a steady flow of innovations and one-upping each other.

A 12V-class brushless planer? Edge cutter? These are tools Bosch can enjoy exclusivity for, at least for a time.

I’m curious to see how well this new compact planer performs. I don’t use a cordless planer often, and could see how a smaller, lighter, and one-hand-capable planer might be handy and even beneficial for smaller or quicker trimming or beveling tasks.

P.S. I guess it is turning into a “Bosch Day.” Now, I’d better start working on the next post before someone points out the other new Bosch cordless tool that snuck into one of the shots of the planer. 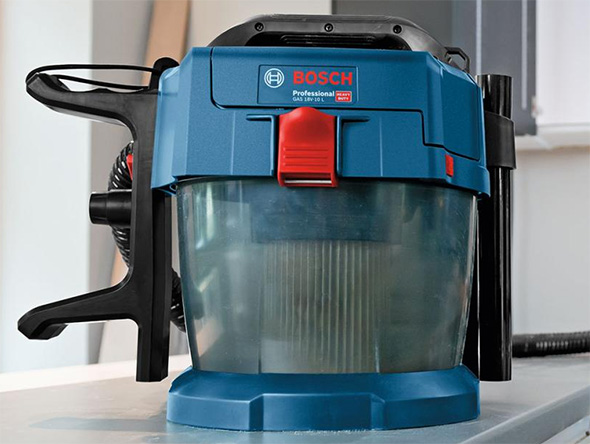