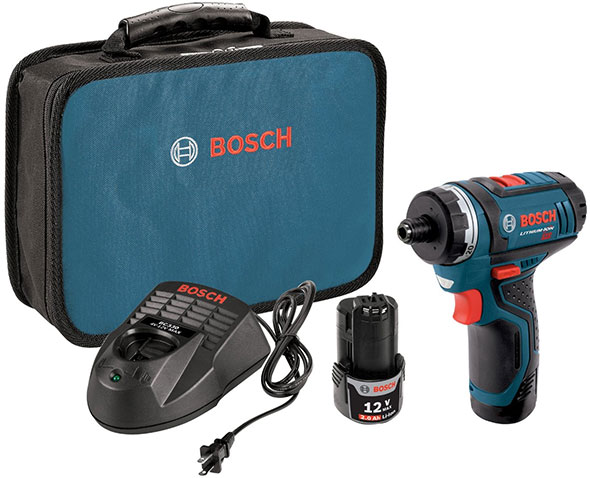 Earlier in the month, Bosch’s PS21 12V Max cordless screwdriver was on sale for $80, which I thought was a heck of a good price. Actually, $80 was a fantastic price.

Now, it’s dropped to $70 with free shipping, which is unbelievably good.

Here’s the previous deal post and PS21 screwdriver discussion. The PS21 Pocket Driver has never been this cheap, at least not to my knowledge. Online price tracker services agree with this.

Even if you’re only slightly interested in the cordless screwdriver, don’t forget that this kit comes with (2) 2.0Ah Li-ion battery packs. If you already bought into Bosch’s 12V Max lineup, keep in mind that the (2) battery starter kit also costs $69.

This deal post was first published on Oct 26th, and republished on Nov 10th when the deal returned.