Bosch’s compact cordless tools are marketed as “12V Max” in the USA and North America, and “10.8V” in Europe and elsewhere.

There is no indication as to if or when these products will be announced and released in the USA. 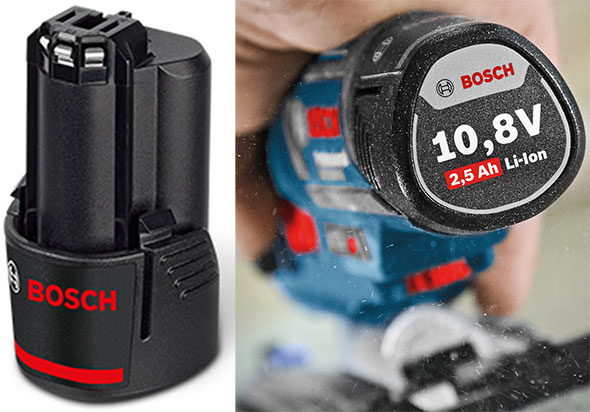 These new battery packs are compatible with all of Bosch’s 12V Max tools and chargers.

The new battery pack will have a charging time of 60-minutes with standard fast chargers. It is about the same size and weight as the previous 2.0Ah batteries. 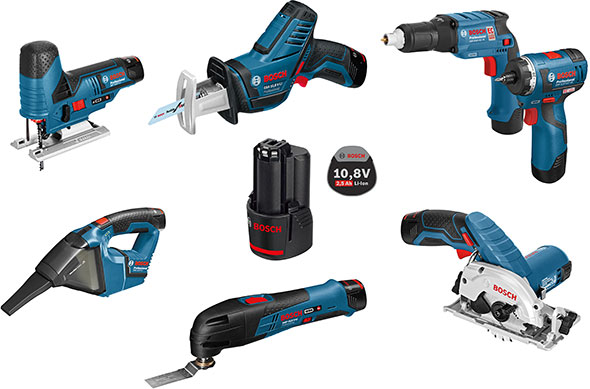 In discussion of the new 2.5Ah battery pack, Bosch showed off some of the tools whose kits will soon offer the new higher capacity battery.

Some of these tools, such as the jigsaw and circular saw, were announced in Europe last year, and the vacuum was announced only recently.

At the top right is a tool I haven’t seen before – a new compact brushless drywall screwdriver, model GSR 10,8 V-EC TE. It is rated as being able to drive up to 1,200 screws 3.5mm a 35mm into softwood per full 2.5Ah battery charge.

Update: Olke, from the MasterCity forum, provided a better image of the new brushless drywall screwdriver. It looks like credit for the photo goes to Vadim63. Thanks! 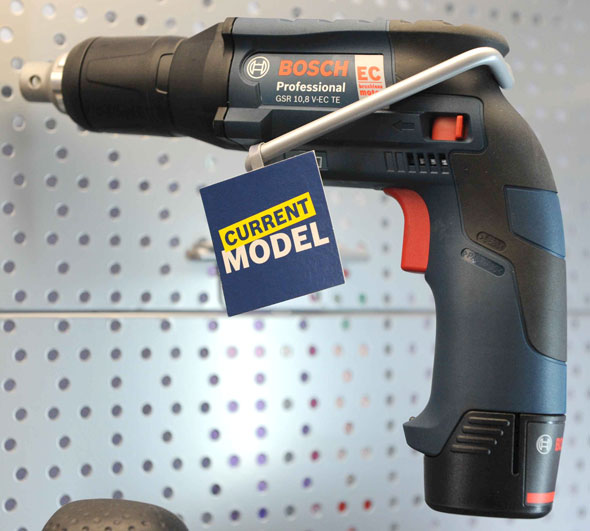 As with the batteries, it is unclear as to if/when this might be released in the USA.  Bosch’s 18V brushless drywall screwdriver, first announced in August 2013, has not yet made it to the USA. Maybe both tools will be launched here sometime in 2015.