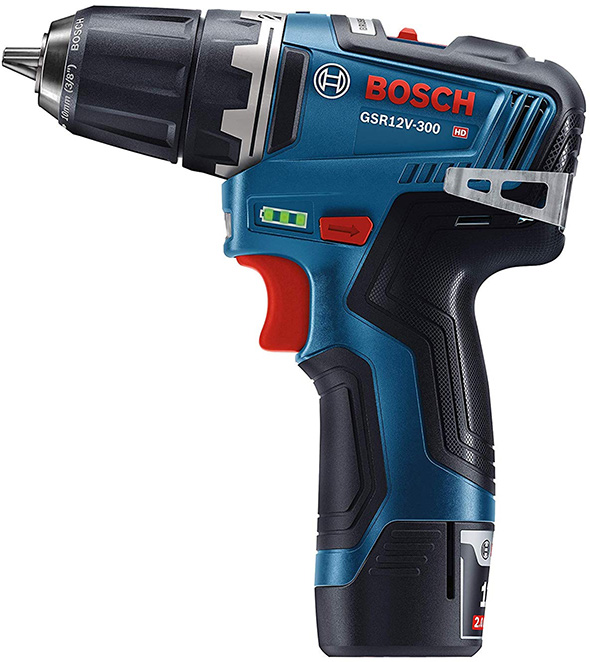 The new Bosch brushless drill looks a little more compact than their current-generation PS32, and going by the numbers it is actually 1/2″ shorter from front to back. 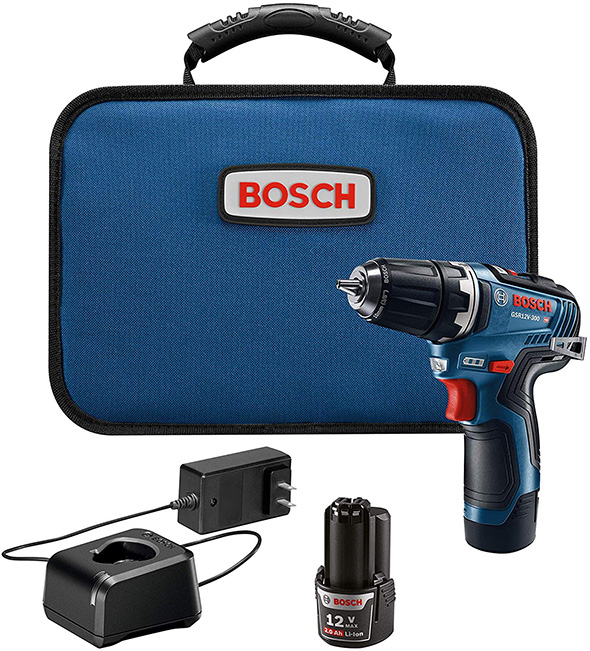 The kit comes with the drill, a belt clip, (2) 2.0Ah batteries, a basic charger, and a carrying case.

Update: If you can’t wait, you can buy the EU version of the bare tool from Amazon Germany.

Going by online product images, it looks like the new Bosch GSR12V-300 brushless drill has been redesigned from the ground up. For example, the direction and speed range selection switches are different. The new drill also has more overmolding, bringing it closer in line with current Bosch drill and driver styling.

I can’t describe how or why, but I find myself a little mesmerized by the look of the new drill.

Now, about the charger that comes with the kit… this isn’t a budget offering, and so shouldn’t it have a standard Bosch 12V Max charger? On the other hand, as long as it can recharge Bosch 12V Max Li-ion batteries respectably fast, its compact size might be a benefit. More invested Bosch users might have a multi-port charger, in which case a bulky 12V charger might be redundant.

Given my affinity towards Bosch’s PS32 brushless drill/driver, I’m going to have to give this one a try once it’s released.