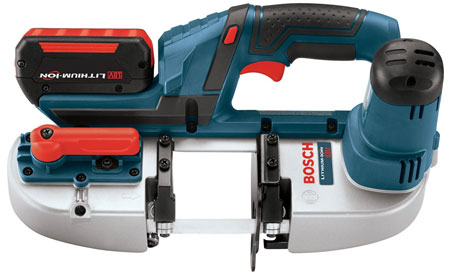 Bosch’s new band saw, the BSH180, just hit the market, and it looks like a nice design. The band saw is described as lightweight and portable, and it can be powered by Bosch’s 18V FatPack or SlimPack batteries. When powered by a FatPack battery, the tool weighs in at 7.7 lbs, and can make more than 150 cuts per charge in 1″ conduit.

The BSH180 can cut materials 2-1/2″ in size in single pass, and also features an aluminum base for added durability.

What would one use this for? Metal, electrical cable, copper pipes, framing materials, and the list goes on. In may usage example photos, you’ll see the band saw used overhead, something that would be far less comfortable to do with a corded model (which can weigh 15 lbs!), like so: 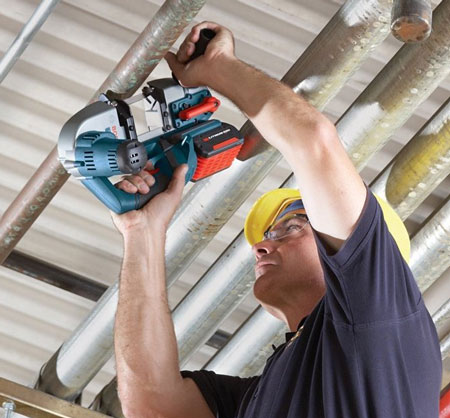 Bosch offers the band saw as a bare tool (BSH180B) or as part of a kit (BSH180-01) bundled with 2 FatPack Lithium-Ion batteries, a 30-minute charger, and a carrying case.

The band saw’s MSRP is $399, but it can already be found lower via some online retailers.