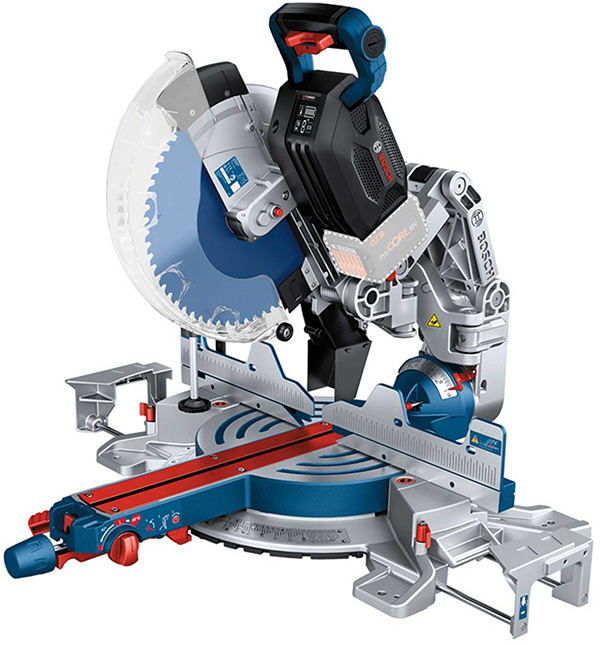 And, it’s a 12″ model, joining only a handful of other cordless 12″ miter saws on the market.

Unfortunately, the newest Bosch cordless miter saw looks to only be available in other parts of the world. It has launched in the UK, Europe, and Australia, but there has not been any information or indication about a release in North America.

We reached out to Bosch USA for comment, and have not yet received any response.

Meanwhile, we still have not seen any launch of Bosch’s “MegaWatt Crew” 8-1/2″ cordless miter saw, dubbed “the Surgeon.” That saw was first teased about nearly two years ago, and we haven’t heard a peep about it since.

Update: Bosch USA never sent us any announcement or press release on the 18V cordless 8-1/2″ miter saw, but it appears to be in-stock and available for sale at Amazon, model GCM18V-08N. 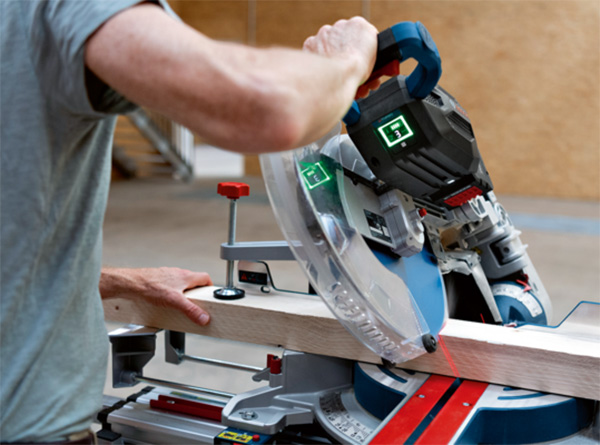 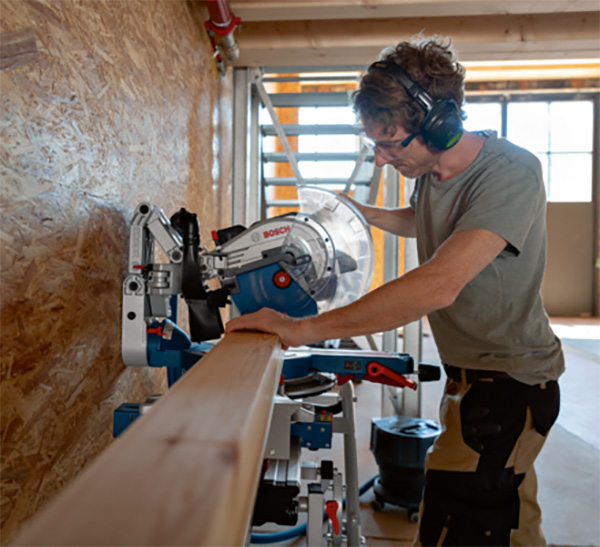 There is one downside to Bosch’s hinged-arm glide mechanism, and that is its weight. 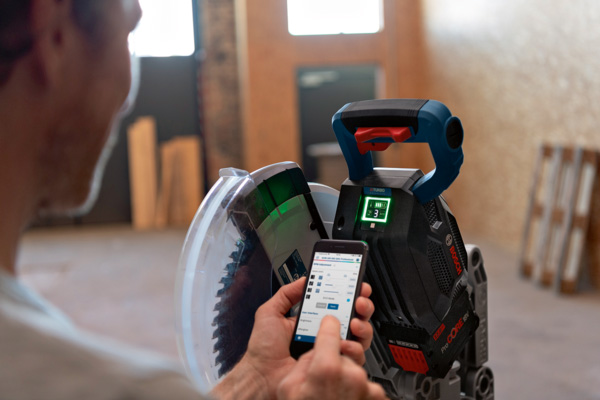 It’s not clear as to what is tool-less about the saw, but a tool-free blade change would be a significant convenience, and an industry first – or at least we think so. The parts list mentions a hex socket wrench, and so the tool-less part might simply refer to the fence adjustments, miter angle, or bevel angle, which are typically tool-free on miter saws.

That would correspond to $1000 to $1400+ price range at current conversion rates.

The launch of an glide-arm-style Bosch 18V cordless miter saw, especially one with a 12″ blade size and dual bevel range, is exciting. As mentioned, we’re waiting to here back from Bosch USA about the saw’s availability here. At the time of this posting, it is only available in the UK, Europe, and Australia.

The weight could be a concern for some. At a hair over 59 pounds, Bosch’s saw out-weighs Milwaukee’s 12″ cordless miter saw by quite a bit, and Dewalt’s FlexVolt miter saw by a couple of pounds as well.

This seems like a very interesting new tool. Your thoughts?