ToolGuyd > Power Tools > Cordless > Bosch Go Cordless Screwdriver
If you buy something through our links, ToolGuyd might earn an affiliate commission. 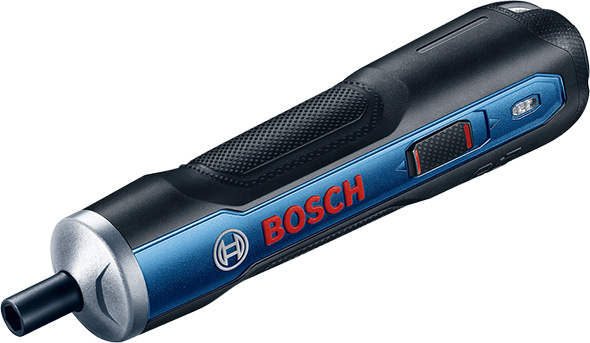 Oded sent in a tip about Bosch’s new “GO” cordless screwdriver. I took a look, and it does seem quite neat.

The Bosch GO cordless screwdriver is a compact micro USB-chargeable device, which Bosch says features new motor technology and will “change the way you work.”

Its 1/4″ hex bit holder can work with “all possible bits,” including common 1″ insert bits and 2″ power bits. There’s a forward and reverse switch, with an intermediate spindle lock mode for manual use. An LED fuel gauge lets you know when it’s time to recharge the battery.

At the rear is an electronic clutch torque dial.

The Bosch GO cordless screwdriver also features a “Push & Go” trigger switch system, where you simply push the tool into a screw head to start turning them. We’ve seen this before, on Ridgid’s 12V Max palm impact driver.

What, no LED worklight?

Bosch says its new motor technology makes the GO’s motor the most powerful in its size. 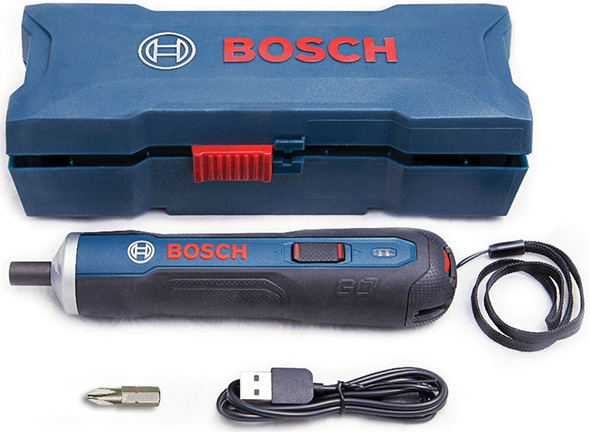 The GO is available in a kit, and in a kit with separate screwdriver bit set.

The Bosch GO screwdriver is not currently available in the USA, and it’s not showing up on Amazon.co.uk or Amazon.de.

I was shared a link to Bosch India’s site, and also found the GO listed on Bosch Africa’s site. There’s a press release by Bosch Philippines. 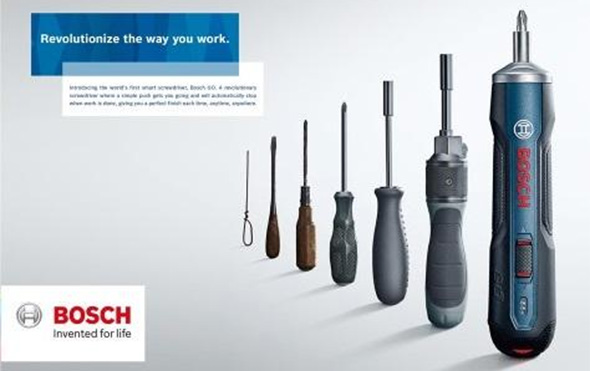 Bosch says the new GO screwdriver will “revolutionize the way you work.”