ToolGuyd > Compressors, Air Tools, Nailers > Deal: Bostitch 6-Gallon Air Compressor for $99 (Holiday 2018)
If you buy something through our links, ToolGuyd might earn an affiliate commission. 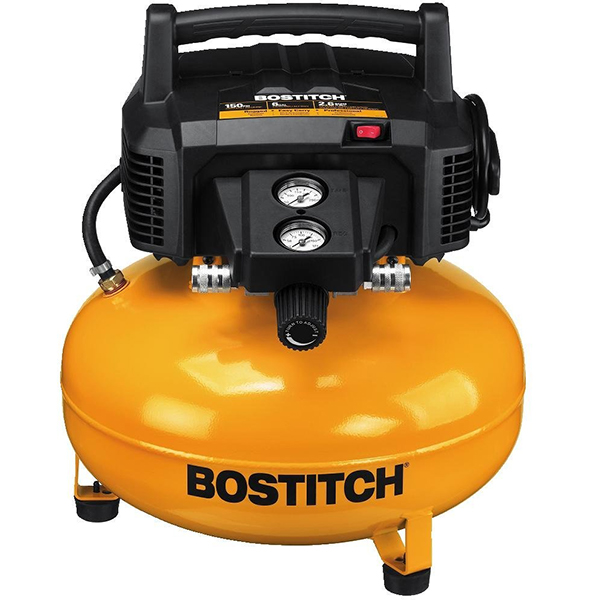 But, this Bostitch air compressor is slightly different, perhaps deserving of its own deal discussion.

Yes, it has similar features – a 150 PSI 6 gallon air tank, 2.6 SCFM at 90 PSI airflow, and oil-free motor. But, according to its specs, it has a quieter motor compared to the Porter Cable, with a noise rating of 78.5 dBA.

From the images, it also looks like the regulator knob isn’t quite as shrouded as on the Porter Cable, which could potentially make it easier to access and adjust. The pressure gauges are oriented top to bottom, whereas on the Porter Cable and Craftsman they’re left to right.

It’s hard to tell if any of the internal components or sub-systems contribute to a better build than the Craftsman or Porter Cable models, but for the mentioned reasons, it’s at least clearly different.

Tomorrow, I’ll tell you all about Dewalt’s 6 gallon air compressor. (Just kidding, it’s not on sale – yet?)