ToolGuyd > DealGuyd > Bridge City Slashes Prices of Select Woodworking Tools in: “Unprecedented Deal”
If you buy something through our links, ToolGuyd might earn an affiliate commission. 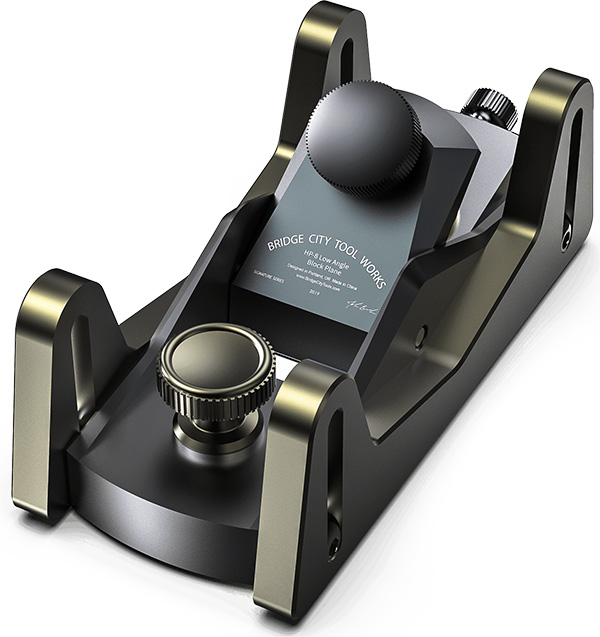 Bridge City Tool Works has slashed the prices of select tools in a recent deal.

UNPRECEDENTED PANDEMIC, UNPRECEDENTED DEAL! Maybe I’m being a little sensitive, but I found this to be in poor taste. The message reads:

Now that the whole world is suffering due to this unprecedented pandemic. At this special moment, we want to say many thanks to you for your incredibly valuable support, and we really appreciate your admiration or [sic] our products as well as our unchanged belief.

We wish we could do many things to make you happy, but the only thing we can do right now is to offer you or beloved tools with UNPRECEDENTED Prices. So, if you are interested in our tools, you will find that the following prices never happened before. We hope these products are on your Wishlist, and the prices match your ideal.

Best wishes to you and your families, please stay safe!

Bridge City Tool Works/Harvey Industries is also offering the Gyro Air G700 for $2590, from its regular price of $4245.

What follows is some discussion about Bridge City Tools that should have been saved for a future post. I’ve been trying to sort out how the brand has been changing, but haven’t made my mind up yet, and so my feelings are still somewhat fragmented.

In other words, stop here if you just wanted to hear about the deal, keep reading if you want a stream-of-thought story. 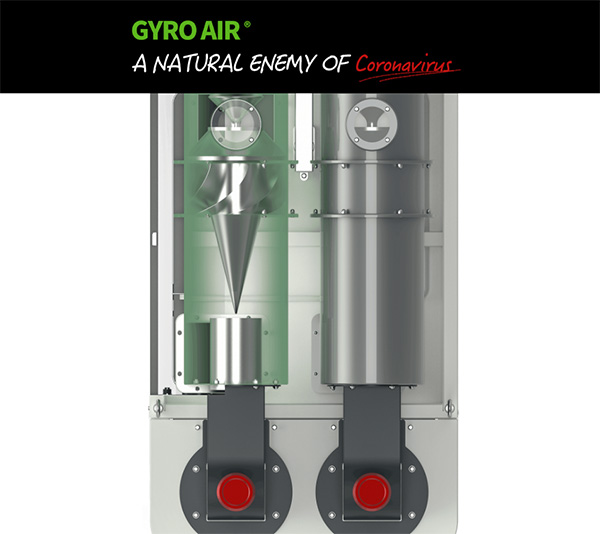 The same company marketed the Gyro air cleaner as “a natural enemy of Coronavirus” back in early March.

Here’s the thing – these are crazy-good deals, but there’s a catch.

A couple of years ago, Bridge City Tool Works licensed all of their designs to Harvey Industries, for their tools to be made overseas and sold in overseas markets.

Later, Bridge City Tool Works was sold to Harvey Industries, with the founder said to be staying on to continue designing tools until he eventually retires.

Now, ALL Bridge City Tool Works tools and products are made overseas, they’re no longer made in the USA. 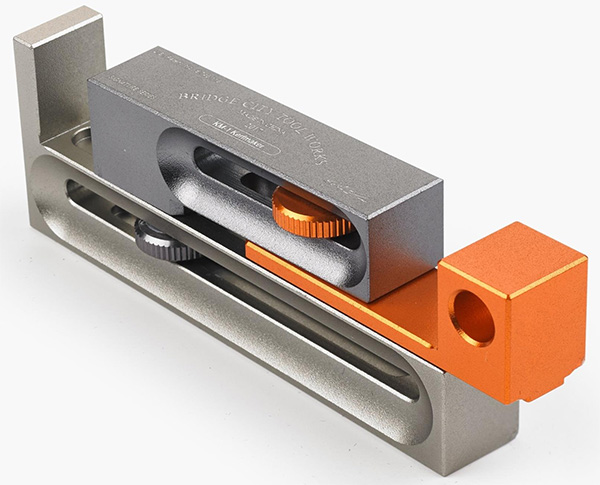 I purchased a Bridge City Tool Works Kerfmaker, a set-up jig, for $73 back when it was made in the USA, and then I purchased the new made-in-China version for $61 via Lee Valley.

These also weren’t personal purchases, they were editorial purchases to see what the big deal was about Bridge City Tool Works’ very premium-priced tools and accessories, and later to see if and how the imported version compared to the USA-made one.

Today, Lee Valley is now showing a lower price of $49.95. Bridge City Tool Works’ price is now down to $39 with a coupon code.

Okay, so I have a USA-made Kerfmaker that retailed for $73 when I bought it 4 years ago, and a made-in-China Kerfmaker that I purchased for $61 and is now priced at $39 via Bridge City Tool Works and $50 at Lee Valley.

Both tools have the same exact functionality, and if I’m being objective, they’re both very well-made. The USA-made version isn’t cosmetically perfect, but it does appear to be of higher production quality than the made-in-China version. To be absolutely fair, I know which is which, and so I was looking for differences to pop out at me.

Perhaps “higher production quality” isn’t the right way to phrase it. The USA-version has additional minor machining steps that the imported version lacks. It looks like it took more effort or steps to make.

If I were to give both tools to woodworkers who have never heard of Bridge City Tool Works before, they might never noticed the subtle differences. And like I said, the functionality is the same.

I wasn’t happy to buy the made-in-China version for $61, which I felt was too close to the pricing of the prior USA-made version.

The USA-made tools were made in small batches, and as I understand it, they went through local machine shops and services for the completion of different production steps and processing.

The made-in-China tools all look to be made in mass production batches – or at least as close to mass production as is possible for tools of this kind – which is validated by their appearance at retailers. As far as I am aware, Bridge City Tools never had any retailer or distributor agreements prior to their arrangement with Harvey Industries.

I don’t know if Bridge City’s planes, squares, and tools are as close to previous USA-made quality as the imported Kerfmaker I compared to my USA-made one. But if they are, and I were looking to buy any new Bridge City Tool’s woodworking tools, I’d be happy with the quality. I can’t say I’d be okay with the pricing, even at the current 40% discount on select tools.

The small-batch nature of Bridge City Tool Works’ products led to my never being able to get an accessory for one of the products I ordered back in 2016 – a hole-making jig. It sold out, and there was never an announcement or waiting list about that accessory since then. There are benefits to Bridge City Tool Works’ way of doing things now – I doubt I’d have a problem sourcing current catalog items now.

I realize that I drifted far from the main intent of this post, which was to talk about the current Bridge City Tool Works promo, but I have been wanting to post more about the company for a while. A standalone post would require sorting out my feelings about their changing practices under the new ownership, and that hasn’t happened yet.

A little over a year ago I asked and was told:

Going forward, all of our tools will be manufactured in China which includes the items we ship to Lee Valley.

For context, Woodpeckers had a small “Gap Gauge” One Time Tool with similar functionality that they sold for $50. There are also a number of DIY jigs you can make for cheap.

There’s no denying that Bridge City Tools are pricey. What’s amusing to me is that the USA version was packaged in a small clear zippered plastic pouch, and the new imported version is packaged in a gift box, complete with individual serial number.

I am happy to see that the newer tools are priced lower than the former small-batch USA-made pricing.

That this is Bridge City Tool’s second price drop in two months, and not just the “UNPRECEDENTED PANDEMIC, UNPRECEDENTED DEAL” part, really caught my attention. Here’s what they said about the first price change:

Back in February, I received an email that said:

I am pleased to announce that Bridge City Tool Works has been so well received world-wide that we are now able to offer new, affordable, retail pricing.

Our significant global sales increase has led to meaningful manufacturing cost savings, allowing us to substantially reduce retail prices on most of our products and make these beautiful tools more affordable for woodworkers everywhere. The new prices will fulfill the long time wish of Jack Xu, CEO of Harvey Industries, “that woodworkers around the world should be able to enjoy the incredible tools designed by John Economaki.”

You’ll begin to see these new prices when you visit our website at www.bridgecitytools.com and in this email below where we have some of our top products featured.

This is your chance to own the same heirloom-quality and innovation you’ve come to expect, but with lower prices and availability. Our unwavering commitment to quality means Bridge City tools aren’t likely to ever be the least expensive tools you can buy, but now they’re a whole lot more affordable!

At that time, the Kerfmaker jig I’ve been referring to had dropped in price to $50, but only direct and not through Lee Valley, which until recently still showed the full retail price.

Sales were so good that they saw meaningful manufacturing cost savings in February. And now the prices are lowered by significant amounts because…?

Bridge City Tools always required discretionary spending, with most of their products requiring extensive machining and being designed with a strong emphasis on both form and function. They worked well and they did look like heirloom-quality art pieces. It can be said that Bridge City Tools weren’t machined, they were sculpted, or at least I’d align with such a mindset if I were okay spending more than a thousand dollars on a bench plane.

If Bridge City’s bench plane was on my wishlist for the past few years, I’d certainly find the current $599 price so much more appealing than their previous >$1000 pricing.

There are and were some unique Bridge City Tool offerings, and others where they stood above all other available options from other brands, but a lot of their tools offered functionality that could be found in other well-made and much lower-priced options. That’s why this brand is hard to talk about – their tools really had art-level designs, and so woodworkers didn’t just purchase them for their functionality, but for those aesthetics as well.

Don’t get me wrong, I’m happy to see Bridge City Tools lower their prices, especially now that production has been fully moved overseas. But is anyone buying “heirloom-quality” tools right now?

I still haven’t sorted out my stance about the “new” Bridge City Tools, but I can say that right now I’m not liking their marketing tactics.

Aside from how the deal was presented, do the substantially lower prices on select tools suggest that production costs have changed in meaningful ways, or was the previous pricing – after the change in ownership and production – simply inflated?