ToolGuyd > Editorial > Buy or DIY, When to Throw Time & Effort, or Money at a Project or Need?
If you buy something through our links, ToolGuyd might earn an affiliate commission. 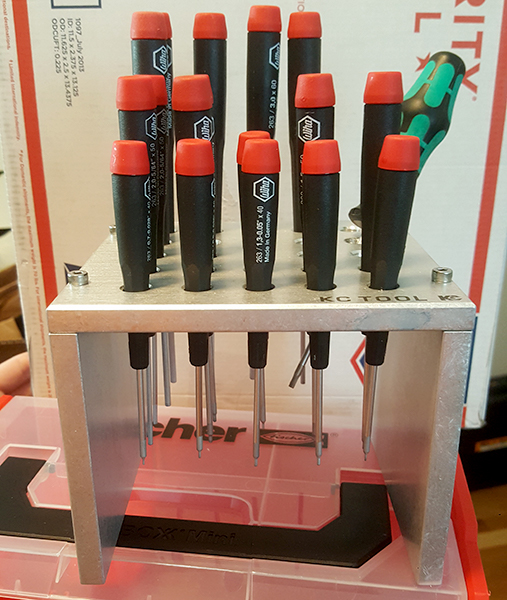 I’ve been doing a lot of things lately – catching up on hands-on tool testing for reviews, trying to clean my workspaces to facilitate faster and quicker project progress, and ordering parts and supplies for the next rounds of projects.

The Spring Cleaning aspect has been horrific.

We moved to a new place somewhat recently (not really, but saying this makes me feel better), and I have not yet fully set up any of my workspaces.

I can’t get a single space set up perfectly. I need maybe 2 weeks to get things done, but I don’t have 2 weeks.

I haven’t even ordered the parts to start building a corner-hugging workbench for my office workspace. That project was brainstormed back at the end of December! (Thanks to an insightful discussion with Visbert in the comments of that post, I’m set on going with 2020 80/20 aluminum extrusions.)

But this got me thinking:

When there is a need that needs to be filled,

Do I throw time at it?

Effort? (Which I suppose goes hand in hand with time.)

This is where the photo at the top of the page comes into play. Here it is again:

This is the smaller KC Tool precision screwdriver stand, which holds up to 25 screwdrivers. It’s priced fairly reasonably – $26. It’s made in the USA, and the quality is top-notch.

I didn’t pay for this – this was a review sample provided by KC Tool – but it seems to fit this discussion nicely.

I can use a precision screwdriver stand. The screwdrivers shown in the photo aren’t my main precision drivers, these are my micro hex drivers that were sitting in a small Sortainer drawer until a project called for them. When needing a few sizes, I’d dump them onto the table. Or I’d take out the one I needed and keep the rest in a drawer.

My other precision drivers are in a toolbox drawer, which has grown a bit crowded. And after I work on a project, the tools don’t always make it back to their drawer in a timely manner, they sit on my workbench and get buried under stuff.

If all I wanted was a precision screwdriver stand that could handle being used in different environments, this one would be perfect.

But what if I want to throw in a different style of screwdriver? This stand can handle all of my precision screwdrivers and their various handle styles. But throw in a smaller sized Wera Kraftform, and the regular screwdriver does one of two things – it either settles down after some wobbling, or it titles to the side. It does this because the regular handle isn’t tapered, the handle has a large – but not very large – flat.

What if this was 10 years ago and $27 on a tool storage accessory would have been a greater financial hardship? I’m sure I’d have been able to build something with close-enough functionality quickly and cheaply. Heck, cardboard and foam-core board would have done the trick.

What if I want a stand that holds a mix of screwdriver styles? Well, this wouldn’t cut it, but I could adapt the style to my needs. Would it have the same level of quality? No. I currently lack the means to tumble-finish aluminum parts.

KC Tool built it with beveled holes, chamfered edges, perfect alignment, and a very nice finish. I can’t mimic that, not for $26.

I threw together some ideas for making one out of wood. Or maybe plastic.

10-15 years ago, I had more time and effort than money to spend on tools and projects. Now, time is the more limiting factor.

This KC Tool rack is fantastic for my precision screwdrivers. But want if I want one narrower? Something similar for my smaller sized regular styled screwdrivers? That’s where the DIY project planning comes into play.

Ideally, KC Tool would build upon this design, maybe coming up with a modular or customizable design.

When I have the chance I might mod this stand – or the larger one that they also sent over for review – with a mid-level shelf to help keep non-tapered-handle screwdrivers from wobbling and settling off-kilter.

Whenever I post about things that could potentially be built oneself, there are comments along those lines. “Why buy when you could DIY?”

Well, not everyone has the skills, tools, time, or know-how for certain projects.

For my office workbench, I could go with 2x4s, but it’s not idea for the space. Right now I have a commercial workbench in there (Gladiator), but it has proven to be a little too deep and not flexible enough. I went with one DIY idea, and halfway I realized I liked it but wanted to springboard into a different solution for the space.

For the screwdriver stand, I like the KC Tool because it fills a need and is better than one I could do myself. And it takes trial and error out of the process. They did the testing to see which hole size works best for most precision screwdrivers.

It’s a near-instant solution, and it works.

But I now want something similar for my other frequently-used screwdrivers, but there’s no perfect store-bought solution. I want something customized to my needs, and so I’ll be going to DIY route to make the complementing driver holder.

So I guess it comes down to this, for me:

– Will the store-bought solution work better, and can I afford it?

– Will the DIY version work better for my needs, and can I afford the time, effort, and cost?

I mention cost because DIY doesn’t always mean “cheaper.” Consider the office workbench I keep talking about. That’s going to cost more than slapping 2 store-bought workbenches together in an L-shape.

Were there any projects where you faced this choice –  do I buy or do I build? Tell us about it!

I’m giving myself the weekend to tackle at least one workspace, or section of a workspace. There are too many reviews and projects on hold!

I did make some nice progress this week, just not enough.

So, I was Talking to My Wife About Sponsored Posts