ToolGuyd > Compressors, Air Tools, Nailers > New Cadex Air Compressor in a Systainer Tool Box
If you buy something through our links, ToolGuyd might earn an affiliate commission. 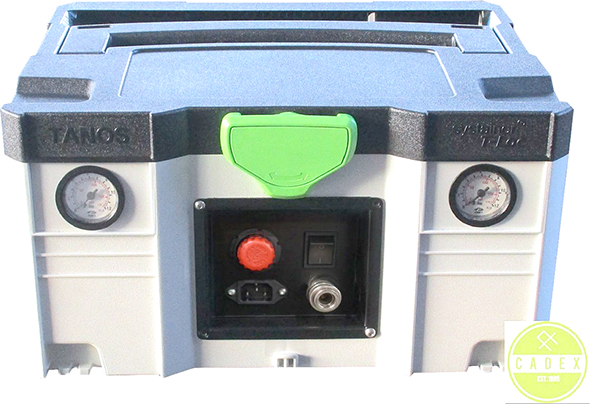 Cadex, a nailer brand I’m not very familiar with, is coming out with 2 Systainer-based air compressor systems. It was introduced in yesterday’s email newsletter blast from our friends at ToolNut, and I had to do a double take to make sure this wasn’t an official Festool product.

I’ve seen some great examples of homebrew contained air compressor systems, but there is some appeal that comes with a commercial model.

Hopefully these models are torture-tested and designed better than the average DIYer or independent fabricator could muster. 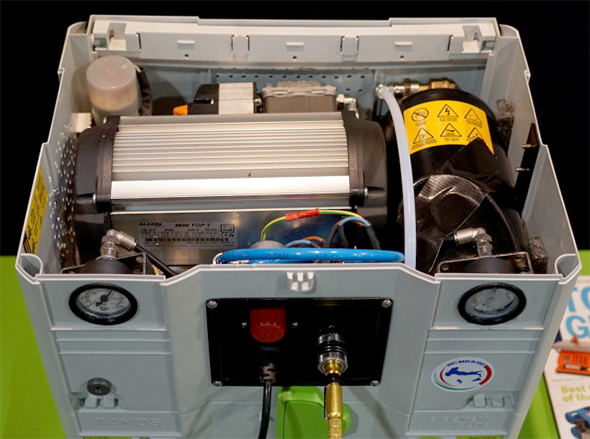 Part of me wants to get really excited about this, but part of me is very, very hesitant. And that’s before I looked at the pricing.

I’m not yet sure this is a great or even good product. But, it seems fit for a good discussion, and maybe it will inspire you to build your own Systainer or tool box-contained compressor (or other tool box device, such as a Bluetooth speaker).

I have purchased several Festool and Tanos Systainers, and received others that came bundled with Festool tool purchases and test samples. Systainers are kind of flimsy. Well, not flimsy in an absolute sense, but they’re not exactly abusable. I wouldn’t toss a Systainer around, regardless of what it was carrying.

If I were building an air compressor inside of a tool box, it would have to be something sturdier, like a Dewalt Tough System box. But I can see the appeal for a Systainer-sized box – it’s small, tidy, and stacks well with other Festool and Tanos Systainers.

Shown above are pre-production photos. It’s said to be 100% made in Italy (except maybe for the Systainer itself?).

How secure is the mounting? Is everything mounting with anti-vibration considerations?

Can components be replaced or repaired with ease?

Where is the power cord stored?

Is the regulator easily accessible?

What happens if dust or moisture clog up those air intake holes?

ToolNut has also started carrying Cadex nailers with Systainers. Some are also available at Amazon, but the selection is sparse and prices a little higher for the one Systainer-included kit I saw.

Rolair AirStak – an Air Compressor in a Systainer Tool Box