ToolGuyd > Power Tools > Cordless > New CAT Cordless Power Tools??
If you buy something through our links, ToolGuyd might earn an affiliate commission.

CAT, which you’ll know from their heavy construction equipment and occasional licensed tool-related products, has apparently come out with a new line of cordless power tools.

We’ve seen a teaser on social media (h/t Travis/@ToolsbyDesign), but there’s not much more out there. There’s an empty landing page at Lowe’s, and what looks to be an international website with some images and specs. 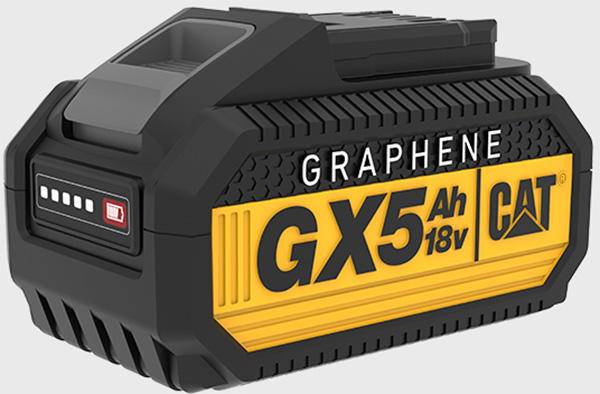 CAT says this about their new graphene battery:

But what’s this graphene stuff all about?

Scientifically, graphene is a single layer of carbon arranged in a hexagonal lattice, and it has some unique properties. There is a lot of research going on right now, with things like graphene nanotubes.

But, you can also create graphene by sticking a piece of Scotch tape to a block of graphite (basically pencil lead material) and peeling it off gently.

Graphene is a special and exotic material, but it can also be rather basic. Think about diamonds, and how you can have 1 carat jewelry that costs thousands of dollars, or some cheap industrial diamond particle abrasives.

So what’s this Graphene* battery all about?

In this graphic, there’s an asterisk with fine print:

Graphene polymer is integrated into the cathode of battery cells to get enhanced performance of battery.

So… there’s some graphene used in the cathode (-) end of the battery cells?

Looking at some scientific paper abstracts that go back to at least 2013, graphene improves electron conductivity of lithium ion battery cathode materials.

But, is this same technology available to other brands? What’s the likelihood that CAT with their nascent cordless power tool line, has access to special tech or Li-ion battery cell tech that other brands are locked out of?

Well, CAT does say that theirs are the “World’s First Graphene battery on power tools.” But this could just mean the battery cell contact is graphene-coated.

In other words, I’m not impressed – I see this as flashy marketing, and it’ll take more information to convince me otherwise. The fast charging rate seems like a big deal, but the CAT cordless power tool lineup is starting to take on an “as seen on TV” feel. 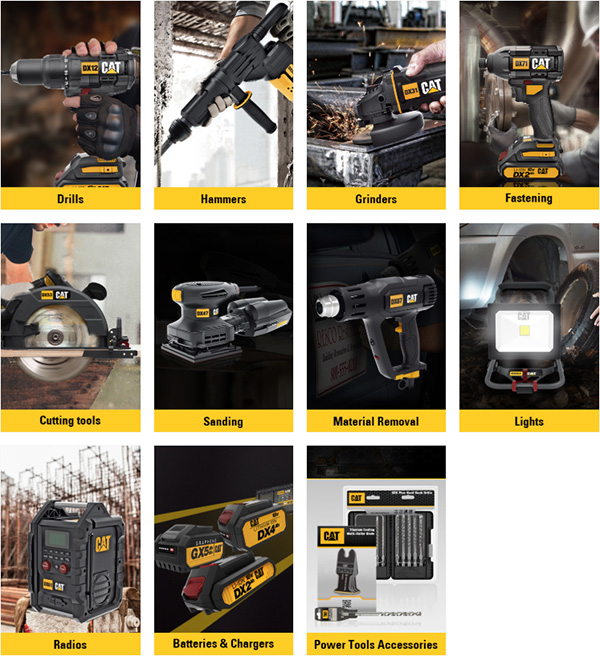 CAT’s new 18V cordless power tool system is launching with quite the selection of tools, including: 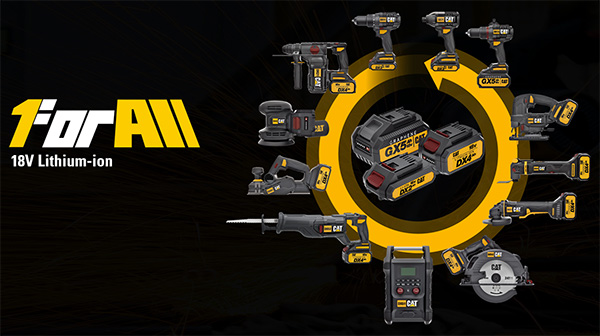 Here, you can see that there will be a very broad selection of cordless power tools included in the 18V system. In addition to “core” tools, namely drills, an impact driver, circular and reciprocating saws, there will also be other staples such as an oscillating multi-tool, grinder, jig saw, planer, sander, and more. 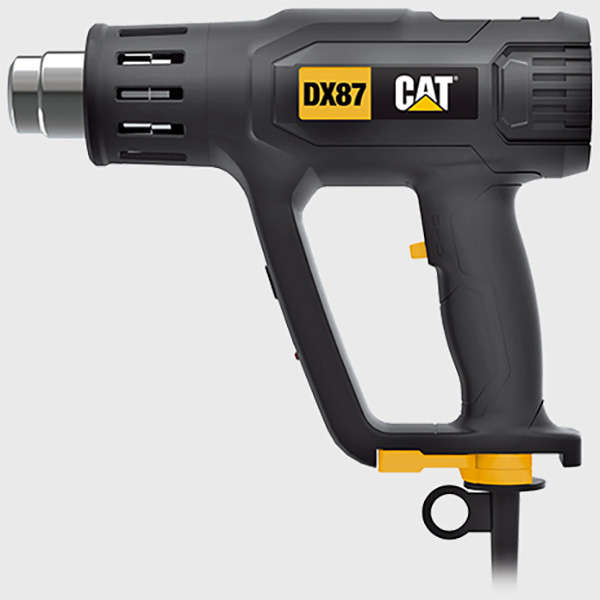 But, there are also some corded power tools, such as a heat gun and a polisher. 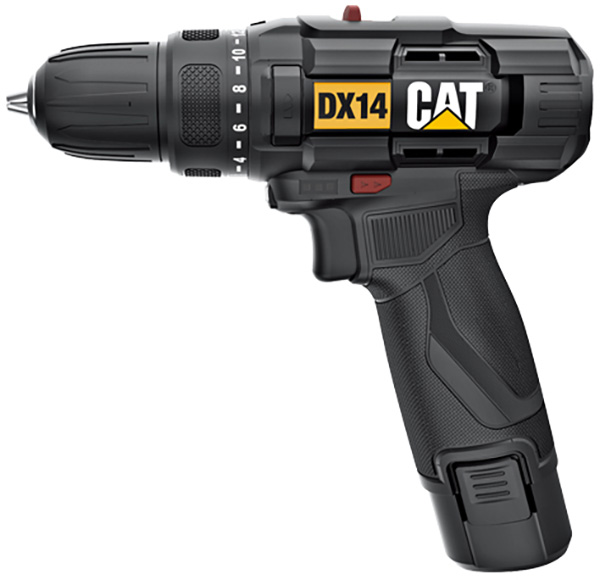 So, 1 For All, as long as you stay within the 18V system? Or is that meant to be one cordless power tool system for all types of users? 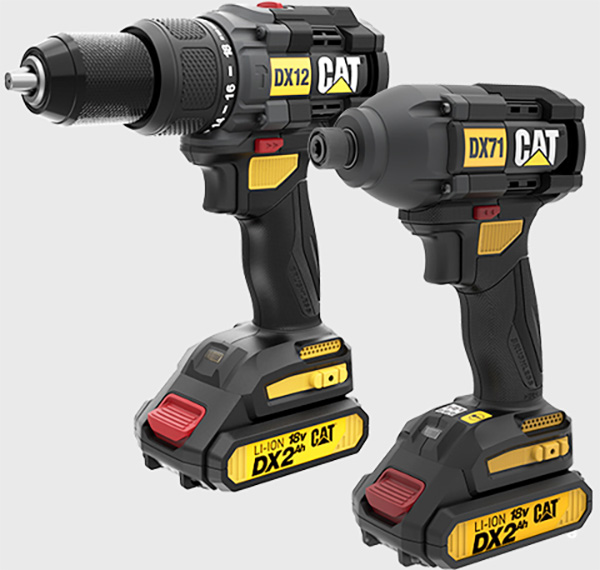 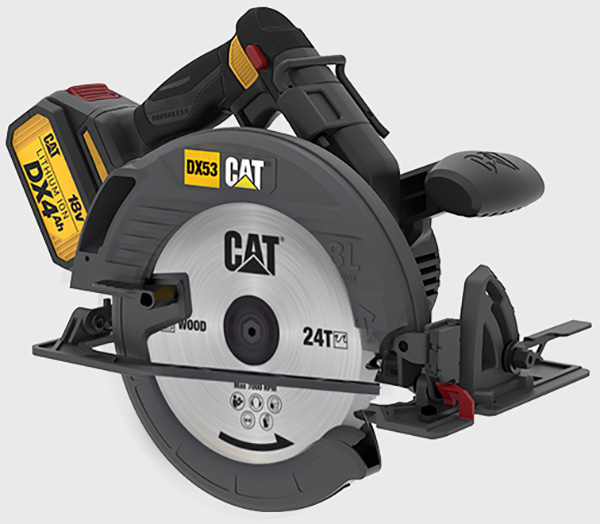 If I had to guess, I’d say they are going to be marketed towards DIYers at mid-level pricing. The new CAT 18V cordless circular saw, for example, looks to be positioned between Ryobi and Kobalt or Ridgid in design. 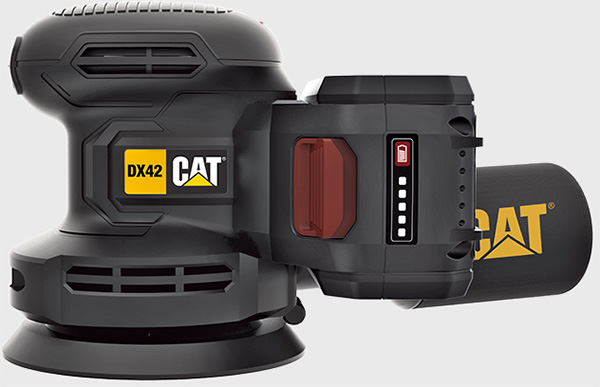 It seems like a strong signal, for CAT to release so many cordless power tools at once.

And then there are even more – a corded woodworking router, tile cutter, and cut off saw.

Some have theorized that CAT partnered with Positec for these new cordless power tools.

Read this if you’re not familiar with the name.

Positec is the company behind Rockwell and Worx power tools, and they have also partnered with (Sears) Craftsman in the past, making quite a few of their power tools as well. 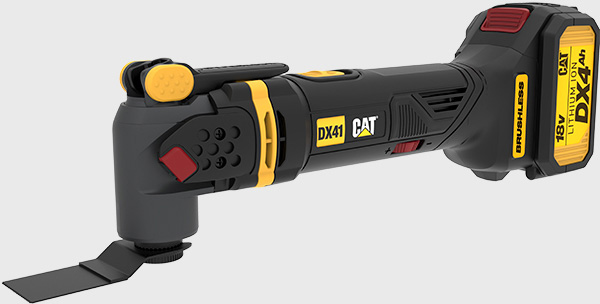 The new CAT cordless oscillating multi-tool, at the least, looks to almost certainly be made by Positec, as it features a Rockwell-specific blade change mechanism.

The pieces then start to fall into place – both the marketing angles and the breadth of the new lineup.

At this time, it’s unclear as to when or even where these CAT cordless power tools will be sold. It’s possible they will be released in the USA, but unclear at this time. The fact that the tools are marketed with metric specs suggests they will launch overseas in Europe either initially or perhaps even exclusively.

Here are some model numbers for the new CAT power tools:

As if an entire new line of corded and cordless power tools wasn’t enough, there will also be new Slide Lock tool boxes and power tool accessory cases.

There’s a lot of first-glance marketing information, and details for the tools, but no press release, media information, or other such resources to put the new CAT power tools into context.

The chargers are labeled “DX: PRO,” and while some of the tools certainly have pro-level cordless power tool specs, I’m not convinced they’re aiming to compete with current market leaders such as Dewalt, Milwaukee, Bosch, or Makita.

There’s no mention of warranty, pricing, or availability.

“Let’s Do the Work,” “1 For All,” and “Graphene” don’t quite provide much context either.

The new CAT cordless power tools don’t look to be entry-level, as they sport more premium features and specs. The brushless reciprocating saw, for example, has an oscillating mode, rafter hook, and  pivot foot plate adjustment. The CAT cordless circular saw has a magnesium shoe and aluminum blade guard.

I’m now getting the feeling that the new CAT power tools might be aimed at valued-minded pros, and perhaps DIYers with greater demands and higher budgets. 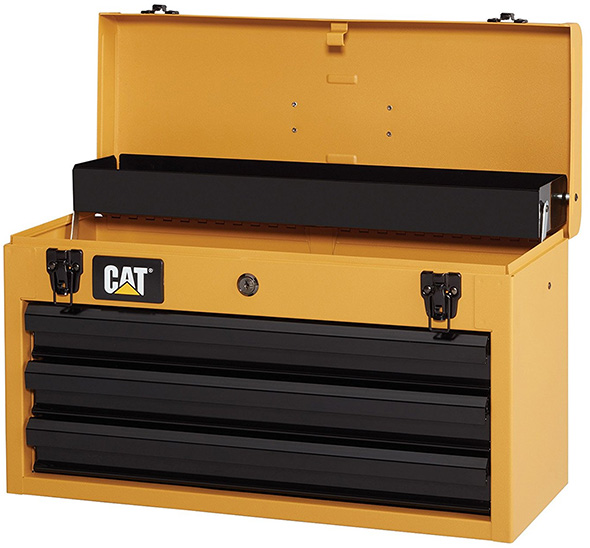 At first glance, there was definitely an oh, more licensed CAT products feel to this, with the CAT and Caterpillar brand seemingly slapped onto a limited selection of tools. But with a deeper look, that isn’t the case at all. 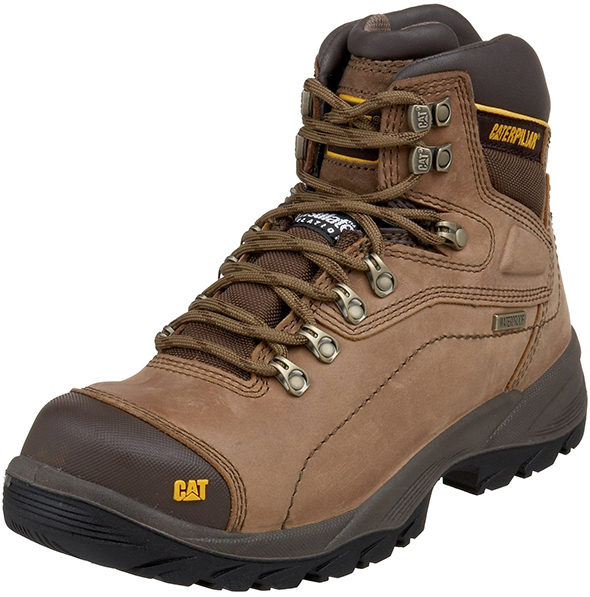 Or some work boots.

Or even the CAT Android phone.

This is a major push.

The question now is about where these tools will launch. Emerging markets? Europe? North America?

Where is there room for CAT-branded corded and cordless power tools, tool boxes, and power tool accessories?

If they do launch in the USA, will the CAT tool brand follow “as seen on TV” marketing that seems to have made Worx and Rockwell flagship products so successful? Will they be embraced by a brick & mortar big box retailer, and if so which one?

Everyone knows the CAT and Caterpillar brand from their heavy construction equipment. But can this sell their tools?

Despite some wrinkling of the nose at the marketing language and claims, such as “Graphene batteries!!”, CAT’s introductory selection is nothing to sneeze at. This must have taken a lot of work to get off the ground, and on paper, they made the right calls to get the attention of more discerning users.

If CAT does launch these tools here, expect for there to be a lot of marketing hype – especially if the line is made and promoted by Positec. But, like other Positec tools, quite a bit of that hype will be deserved.

At first glance, I couldn’t help but question if and why the world needed a line of CAT-branded cordless power tools. But, a deeper look has me convinced that they at least have the potential to make waves, and to shoehorn themselves into relevance in a typically crowded industry.