ToolGuyd > Tool Sightings > Channellock Diagonal Cutters Spotted in Brother Printer Ad
If you buy something through our links, ToolGuyd might earn an affiliate commission. 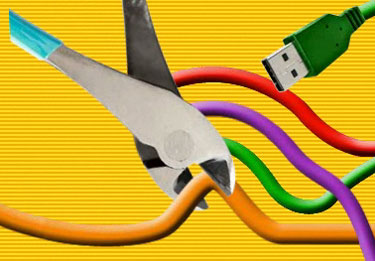 I was doing some online shopping when I came across a flash advertisement for Brother printers that featured what looks to be a pair of Channellock disagonal pliers. Cool. I whipped out a pair of Channellock cutters, and compared the two, finding that the cutters in the ad were most definitely modeled after the Channellocks.

You know you’re a tool enthusiast when you reload a webpage five times to get a good screenshot of a tool depicted in an ad. A year ago, we spotted a Proto wrench in a video game. In this case, the cutters were not labeled as Channellock, but the shape of the tool and the blue comfort grip handles gave it away.