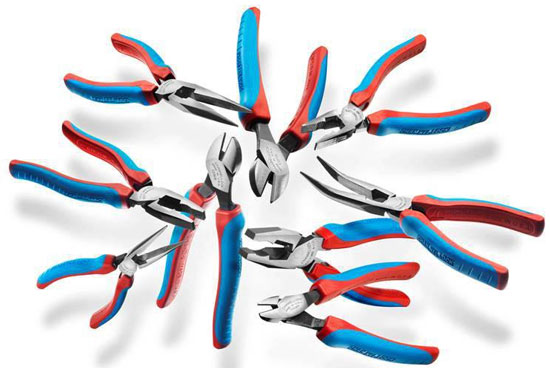 Channellock has come out with 18 new pliers, diagonal cutters, and combination pliers, as part of their new E-series tool line. The new tools have been designed to look and feel sleeker and more modern than Channellock’s traditional pliers, and also feature Xtreme Leverage Technology for greater ease of use. 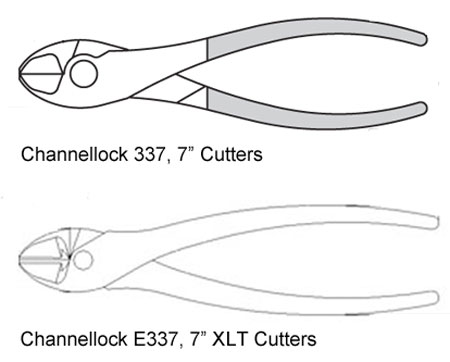 The differences are slight, as you can see in this comparison of Channellock’s 337 and E337 7″ diagonal cutters’ dimensional drawings.

Now it’s more of a stylistic choice between this new line and our traditional line of pliers, and we’re still making both in America. – Ryan DeArment, VP of sales and marketing.

Channellock made it quite clear that the XLT pliers and cutters are not replacing their traditional pliers, but will be sold alongside them. The E-series tools are priced about the same, with some being slightly more expensive and others slightly less expensive than Channellock’s non-XLT tools.

My feeling is that Channellock might eventually phase out their traditional pliers designs in favor of E-series updates, but that would depends on how well the new styles are received by professionals.

There are 9 new styles in total, each with two grip options – classic blue or Code Blue composite.

Code Blue cushion/composite models have a CB added to the model numbers, e.g. E318CB. The lengths are approximate.

Channellock is typically good about getting new tools out to distributors quickly, but if you can’t wait to order from your favorite suppliers, you can always order them directly from Channellock’s website.