Yesterday, when I asked about how you use precision pliers, it was because a reader noticed Channellock’s new Little Champ mini pliers and asked about their potential utility.

Each of the new Little Champ pliers are made in the USA, and all feature Channellock’s high-leverage XLT pivot design. Other common features include slim and better balanced handles, spring action handles for one-handed operation, high carbon steel construction, and Channellock Blue comfort grips.

The cutters feature a knife and anvil design, for proper cutting edge alignment and cleaner cuts.

Street pricing is a bit lower than the MSRP/list pricing, and seems to be comparable to other professional brands’ USA-made precision pliers. 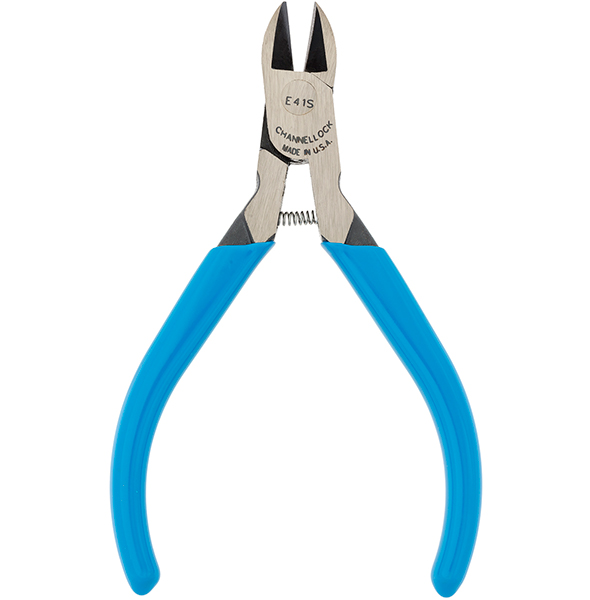 If I had to guess which of the new Channellock Little Champ pliers will be most universally useful, it would be the mini diagonal cutters.

In the other post, a lot of readers mentioned using this type of cutter for trimming nylon zip ties, component leads, and other materials that larger cutters might be less suitable for. 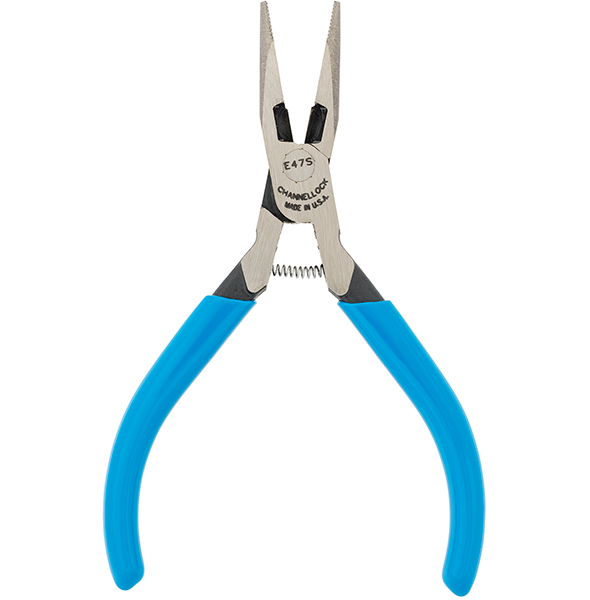 I think the long nose pliers might be the second most popular. The jaws are serrated at the tip, and built-in cutting blades add utility.

The jaws don’t close cleanly along the length, so you wouldn’t want to use these pliers for gripping the most delicate materials. For that, look at the needlenose pliers. 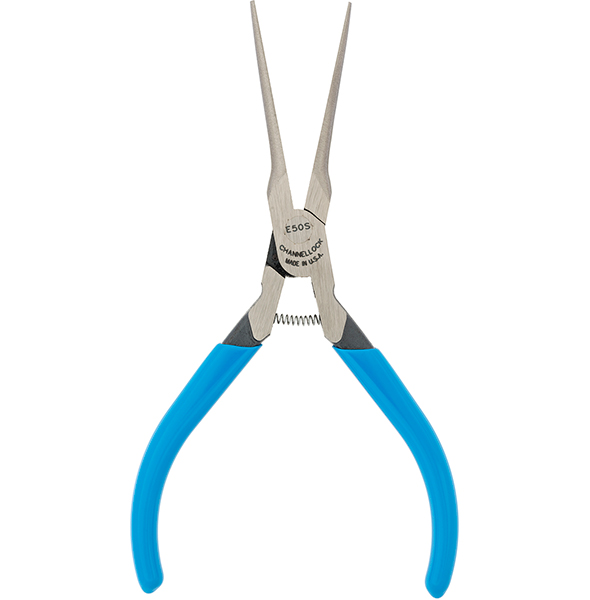 The jaws on these Channellock Little Champ needlenose pliers are long, slim, and smooth. This one will be perfect for holding, manipulating, or placing small components, or reaching into tight spots. 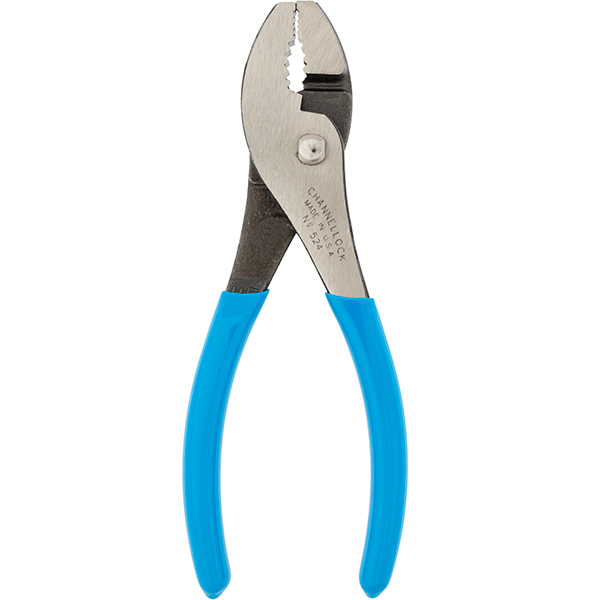 This is a teeny tiny slip joint pliers. I don’t think it has much place in precision work, but it looks like it’ll make for excellent EDC pliers. 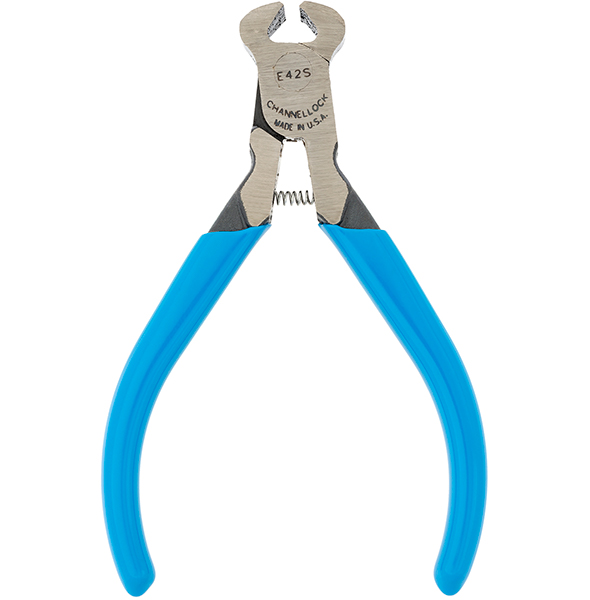 The Little Champ mini end-cutting pliers could be a good choice for close trimming of parts, and things like that.

Channellock had sent over a full set of the new Little Champ precision pliers, and although I’m not ready to formally review them, I do have some quick initial hands-on thoughts.

First, the handles seem to be nicely shaped. They’re round and wide, allowing for an easy grip. What I don’t like is the California cancerous material warning on the packaging, likely referring to lead content in the handle grip material.

The short nose, or shorter long nose pliers could have great jaws, but they’re not quite what I like to see in precision pliers. I would rather see them have cross-hatching at the tips, rather than slightly more aggressive horizontal serrations. And I want the jaws to close completely beyond the tip area, but they don’t, instead allowing for neat and complete closure of the cutting jaws.

Don’t take these as knocks against the tools – these comments should be taken as discussion of my preferences. Precision pliers aren’t one size or style fits all.

Overall, I think that these are great mid-range professional precision pliers, and should serve many users well. Those with more established preferences might want to look at brands that specialize in precision pliers and tools.

Thus far, I have no complaints about the new pliers’ designs or construction. The cutting edges are just perfect.

The prices are a little higher than I expected, but they’re around what I would expect for USA-made professional-grade pliers.

I know some of you will look at the prices and think these small pliers cost HOW MUCH? There are 2 alternatives – lighter duty USA-made pliers, like Xuron’s, or any of the many foreign-made ones. This $15 Tekton set is good for learning about your mini plier needs and preferences.

Thank you to Channellock for providing test samples unconditionally.