ToolGuyd > New Tools > The Coolbox Tool Box Became an Entertainment Cooler
If you buy something through our links, ToolGuyd might earn an affiliate commission. 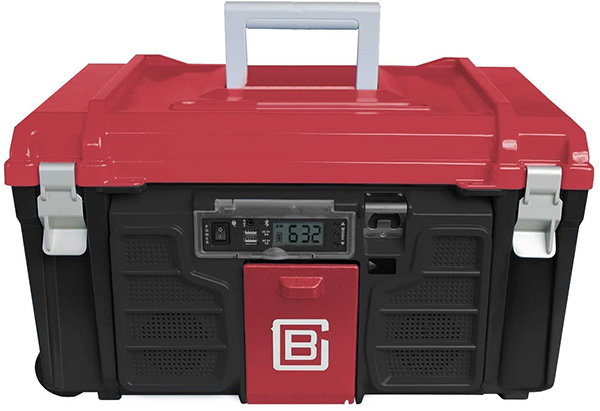 Do you remember the Coolbox, the “world’s most advanced tool box?” It was a crowdfunded tool box with a built-in rechargeable battery, power cord, bottle opener, LED flood light, USB charging ports, Bluetooth speakers, and more.

Fast forward to 2020, and you can now buy the Coolbox on Amazon, for $150 including shipping.

The current version is a little different, featuring an 11.1V and 3Ah rechargeable battery, rather than the 20V and 5Ah battery originally advertised. It does not look like much else has changed. 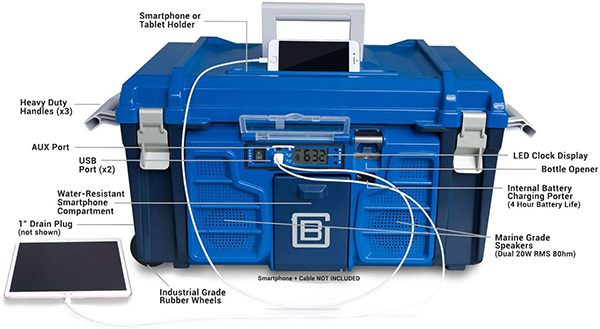 There is also now a Coolbox Entertainment Cooler, available in blue, green, and white.

Instead of a powered tool box, the Coolbox is now a cooler.

There was apparently a crowdfunding campaign for the Coolbox Entertainment Cooler as well, back in 2018, with a speical price of $169. The retail price was expected to be $299.

The design looks to have changed a little bit, with the current retail model looking to sport fixed side handles rather than a telescoping handle.

The Coolbox cooler is currently available on Amazon for $180. It’s an interesting progression, and I have to say – the Coolbox makes a lot more sense as a cooler than a “cool advanced tool box.” Now, the cooler is the Coolbox and the tool box is simply a tool box.

And, here is one of the world’s most obnoxious introductory videos: