ToolGuyd > Power Tools > Cordless > The Case for Cordless Power Tools with Built-in Batteries
If you buy something through our links, ToolGuyd might earn an affiliate commission. 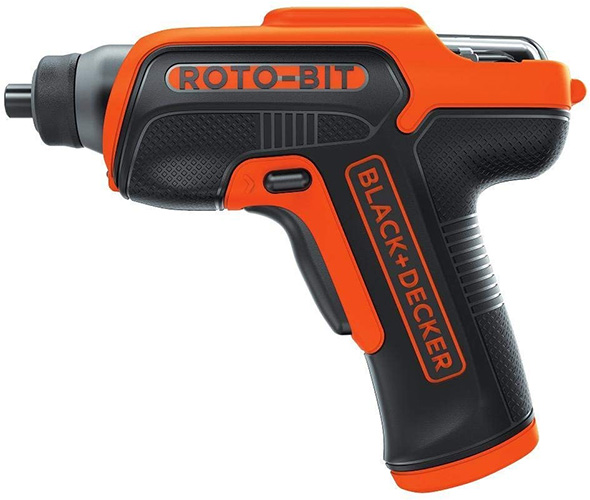 I could show you a huge montage of cordless power tools that are engineered with built-in rechargeable batteries, but I’m sure this one example does the trick. There are very many tools like this on the market, and in this post I will explain why a built-in battery can be a significant benefit rather than a “huge mistake” as some are inclined to believe.

Any time I post about a tool that has a built-in rechargeable battery, quite a few readers voice their strong distaste towards such design and engineering practices.

The main push-back stems from the fact that users cannot easily replace the built-in rechargeable batteries after they’re worn out after several years of use and charging cycles.

But, most detractors completely ignore the benefits of such tools.

1. They are less expensive

This is an inescapable truth – it’s far less expensive to design, engineer, and manufacture a cordless power tool with a built-in battery than a replacement battery, a special interface, and a separate charger.

Today’s small 4V-class cordless power tools and accessories sometimes don’t even come with a charger, they come with a standard USB charging port and a cord that you can use with existing power bricks.

It’s simpler and easier to engineer, and such tools will cost less to the end-user.

2. They are easier and simpler to maintain

Let’s be real. A lot of smaller 4V-class power tools and accessories are aimed at consumers with lower tool budgets. Consumers who aren’t heavy tool users like things quick, easy, and simple.

They don’t want battery docks, they don’t want to mess with battery cartridges, they want a one-piece tool that they can’t lose parts from.

3. They are smaller and lighter

Built-in batteries allow for tools to be designed and engineered differently than if a replaceable battery pack is used.

Even the slimmest and most compact 2-part system will take up more space than if the battery is sealed within a tool.

4. They are perfect for the target audience

If you point at a 4V-class cordless power tool and start firing off reasons why it’s a terrible design, well, that tool just isn’t for you.

If you look at a 4V-class cordless power tool and list off reasons why it’s “terrible,” such as it being too weak, lacking in features, or poorly suited to a lifetime of use due to the built-in battery, there’s a very strong chance that it’s simply not for you.

Let’s say a cordless screwdriver is used on 20 separate occasions over the course of a year before needing to be recharged. Does that tool really need to be designed around its own battery system?

5. What’s the point of a one-tool battery system?

You can still buy Ryobi Tek4 batteries. But what about Craftsman V4? Nope.

For very few discrete tools, built-in batteries aren’t any less consumer-friendly than tools with replaceable batteries that won’t be supported after a few years anyway.

How many lower voltage power tool systems exist on the market today? There are reasons for that. If they were popular, don’t you think there would be more of them?

6. Some users will complain no matter what

Consider some of the few critics of Milwaukee’s RedLithium USB system. Milwaukee designed these tools, accessories, and batteries such that you can recharge the batteries in the tools themselves, and they also have separate chargers. Meaning, you can treat the batteries as built-in or swap fresh batteries in when you need it. Years from now when the batteries are best replaced, you can do that.

And yet, there are still complaints about the batteries being a non-standard proprietary format.

Li-ion batteries are nowhere near as ubiquitous as existing alkaline-sized batteries. Yes, they’re out there, but usually only in specialty or enthusiast products. Average consumers cannot be expected to have loose 18650-sized Li-ion battery cells and chargers around their home.

7. Tools can be good even if they’re not good for you

This is something that grinds my gears, and it’s not unique to the idea of cordless power tools with built-in batteries.

Products aren’t “garbage,” or “useless,” or “worthless junk” just because YOU don’t see the value in it.

Oh, I can absolutely see reasons against tools with built-in batteries, as I try to look at both sides of the coin for most tools that I post about. But it often seems that most tool critics are simply voicing their general distaste for specific brands or product categories.

Is the product really bad, or just not a good fit for your use? It’s an extremely important distinction.

Who is this product good for?

Unless the answer is absolutely nobody, chances are it’s not a useless product, is it?