ToolGuyd > Hand Tools > Bit Holders & Drivers > I Couldn’t Find My Torx Screwdrivers When I Needed Them
If you buy something through our links, ToolGuyd might earn an affiliate commission. 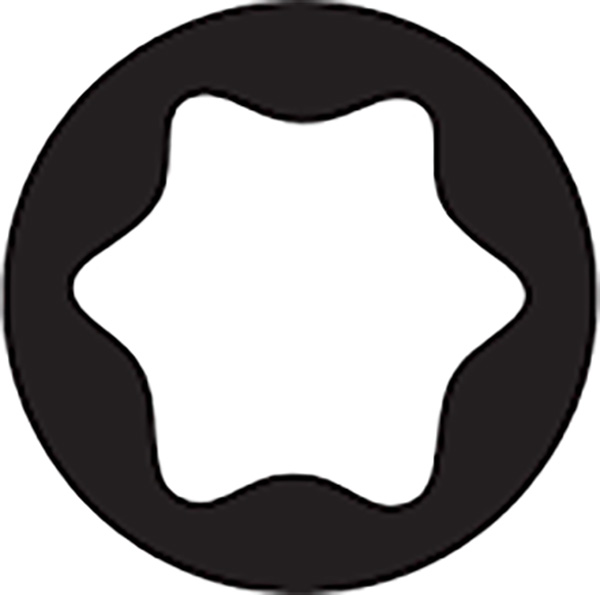 I have a fancy USA-made dehumidifer that has apparently failed after 3 years. I recently replaced the humidity control switch (under warranty), but it’s still suffering from issues.

The front panel is held in place using Torx-head screws.

Here are some things I discovered, while trying to troubleshoot and fix the darned thing in the wee hours of the morning

Where Did I Put My Torx Screwdrivers?

Water was dripping out of the machine where it wasn’t supposed to. I found my nutdrivers relatively quickly, tightening down a lock-nut that probably shouldn’t have been a little loose. By “relatively quickly” I mean I tried to use the nutdriver ends of a multi-bit screwdriver before realizing the handle kept running into obstacles. The too-small nutdriver tip could reach, the too-large one couldn’t, and it took my grabbing an older Craftsman nutdriver set to realize I needed an intermediate 11/32″ size anyway.

But before all that, I had to access the panel, which required removing 8 Torx screws.

Where are my Torx screwdrivers or nicely organized row of 1″ bits?

I had a 3pc Torx screwdriver set in the garage, but the largest size was too small. I dug out two different multi-bit screwdrivers that were already in the basement, but their largest Torx sizes were also too small.

I have a PB Swiss Torx set I bought from Amazon a full 10 years ago (and for $15!), but I stored it away a few years ago due to disuse.

When I swapped out the humidity control switch earlier, I dug out a bit ratchet and precision screwdriver bit, and that worked in a pinch. I didn’t have patience for that improvisation, not at 4am.

I know where my mini drivers are, but they’re way too small.

I love mini Torx drivers (this one’s a @weratoolrebels ) for control and precision, but I always laugh at these for looking too much like a party toothpick. I don’t know where the visualization comes from, maybe because it’s overall dimensions are close to the little toothpick swords? #tools #precisiontools #wera #contractor #diy Smaller Torx drivers can be very useful for #edc and #knife adjustments.

I didn’t want to start digging around my office/electronics space for bits, because the kids were sleeping.

I ended up using ball-end L-shaped Torx keys that I keep in the basement, and then grabbed a Milwaukee Shockwave 2″ T25 bit that I used with a too-long bit driver handle.

I have a stockpile of plenty of power bits and insert bits in the basement, most of them impact-rated. Using a 2″ power bit with an extra long length bit holder isn’t glamorous, but it worked. 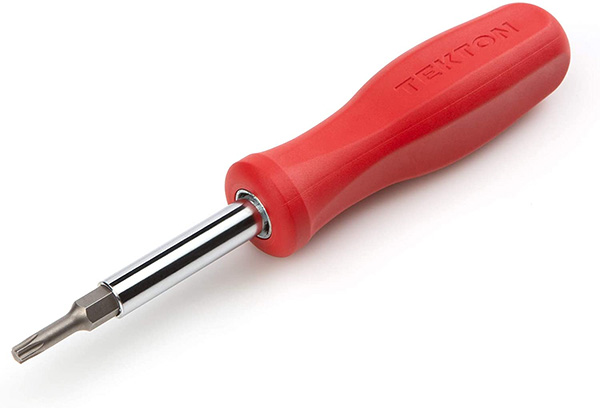 My multi-bit screwdrivers all tend to have Torx tips that are on the small side. So, I just ordered this Tekton 6-in-1 hard-handled Torx screwdriver, with T20, T25, T27, and T30 tips. I will likely put it in a maintenance drawer in the basement, and that’s where it’ll live so that I don’t have to embarrass myself again by not being able to find the tool I need when I need it. Or, maybe I’ll wall-mount a loop to give it a place in the utility room.

This driver is priced at $10 via Amazon and is made in the USA. Plus, I’ve been meaning to find an excuse to try out Tekton’s new hard handle design.

Of course I am now able to dig out my Wiha multi-bit screwdriver in no time, and it has T20, T25, and T30 bit tips. But, I also use that driver for household tasks and it sometimes goes missing.

With this new driver, the hard handle should allow for easier wipe-downs compared to my Wiha’s cushion-gripped handle.

Having a dedicated larger-size multi-bit Torx driver will be useful. I bet it will also eventually be used for things like saw blade changes. Maybe?

At $10, this fills a need but without breaking the bank. I will also try to dig out my hard-handled PB Swiss screwdriver set, which will surely smell foul after being stored in a closed box for so long.

This is the part the confused me, and not because it was the middle of the night when I set to troubleshooting all this.

I removed 8 screws using an L-shaped Torx T20 key. The short end was straight-cut and I used it to break the fasteners free, and the long end is ball-shaped. It felt a little clunky, but it worked, and I thought the uneven feel was due to the ball-end tip shape.

For reinstallation, and because I kept installing temporary screws to hold things in place while I powered it up for testing, it was then that I put together an improvised screwdriver-shaped pairing between a 2″ power bit and extra long driver.

So, a T20 bit fit in the fasteners a little loosely and still managed to turn them, but T25 provided a more secure fit. What?

I’m going to have to be more careful in the future. I work with hex fasteners a lot more than Torx, in regard to hand tool-related tasks at least, and also of course Phillips and square. With those types of fasteners, a screwdriver either fits or it doesn’t. You can sometimes make different Phillips sizes work, but generally you know which size you’re supposed to use.

It seems that the Torx fasteners in this machine were perhaps tapered? But they don’t really look like it.

You can bet I’m going to see if I can drive in T25 wood screws with T20 bits today, to see if the slight sizing matchup is more common than I was previously aware of.

It was upon close inspection that I noticed the T20 bit didn’t quite completely fill the fastener socket entirely, not the way that a T25 tip does, but it engaged enough to where I was able to use the T20 tool for fastener removal.

How bizarre, maybe this is a fluke?

A T20 bit tip shouldn’t have been able to successfully drive a T25 fastener, right?

Did I stumble across the rare example where the wrong-sized tool can turn a fastener?