ToolGuyd > Power Tools > Cordless > Craftsman Adds a Cordless Fan to Their V20 Cordless Power Tool System
If you buy something through our links, ToolGuyd might earn an affiliate commission. 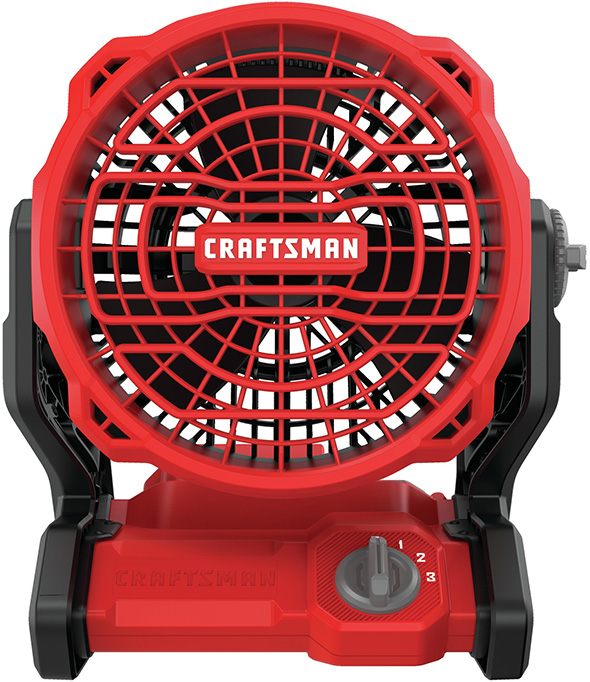 The new Craftsman cordless fan can deliver up to 650 CFM and has 3 speed settings. The fan head can pivot up to 240° for easier aiming. 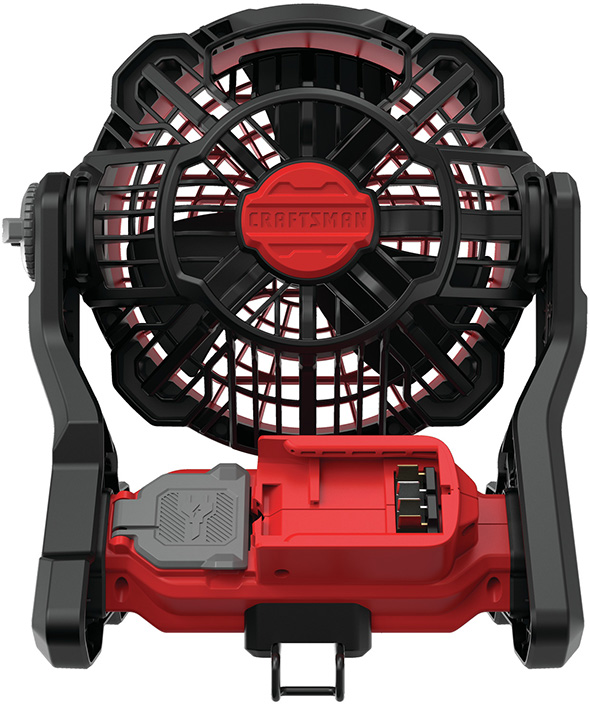 At the rear, you can see a cover to the AC port. You should be able to use any standard extension cord for plugging the fan into an AC outlet. There also looks to be a built-in VersaTrack hook right on the base, saving you from having to purchase it as an accessory.

The fan is sold as a bare tool, meaning you’ll need your own Craftsman V20 battery and charger.

Compared to Dewalt’s cordless fan, DCE511B, the new Craftsman fan has higher airflow specs, but fewer mounting options and no IP54 rating. It does have 3 speed settings, pivoting head, lighter weight, both DC and AC power capabilities, and a lower price tag.

It’s available now at Lowes, and will probably (possibly?) be carried by Amazon as well.