ToolGuyd > Awesome & Cool > Craftsman Cordless Jigsaw and Other Power Tool Toys
If you buy something through our links, ToolGuyd might earn an affiliate commission. 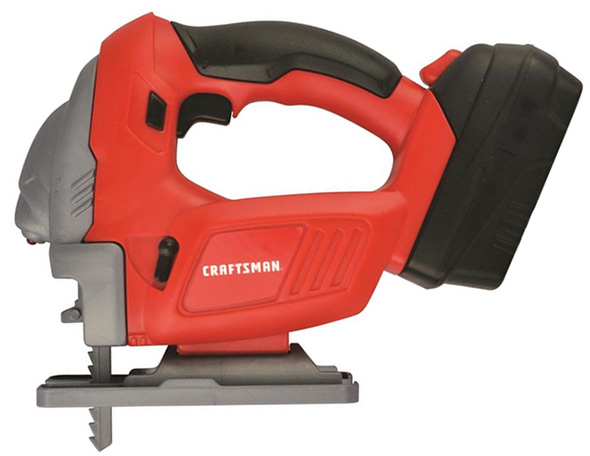 I just came back from an outing with my daughter, who patiently visited Home Depot AND Lowes with me today.

At the Lowes, there was a display of new Craftsman cordless power tool kid’s toys – a blower, chainsaw, jigsaw, reciprocating saw, and a set of hand tools that also came with a drill.

My son has a Black & Decker jigsaw toy, and so I thought it’d be a good idea to get my daughter a Craftsman one.

I’ll head back to Lowes later today or maybe tomorrow, this time with my son. Judging by all the fighting that’s going on over the toy, he’s also aware of how neat his sister’s new jigsaw is, and so I promised him he could pick out a new Craftsman power tool too.