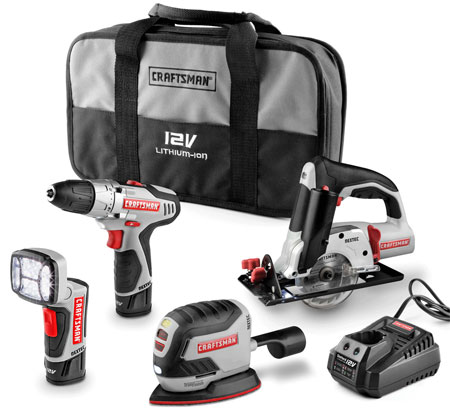 This Old House broke the news yesterday about an upcoming Craftsman Nextec cordless tool kit which will include two brand new tools – a palm sander, and a cordless circular trim saw.

Craftsman’s Nextec series is their line of compact lithium ion powered tools which includes conventional tool designs such as a 3/8″ drill and an impact driver, and innovative ones such as the Auto Hammer, and an oscillating multi-tool.

The tools featured in Craftsman’s new 4pc Nextec set include a 3/8″ reversible drill/driver, an LED worklight, a new palm sander, and a new 3-3/8″ cordless trim saw. 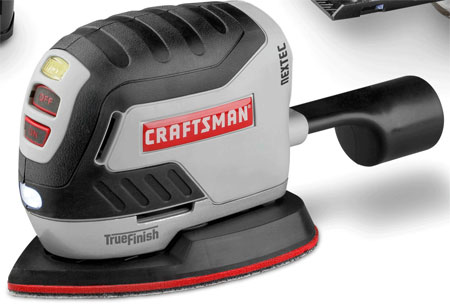 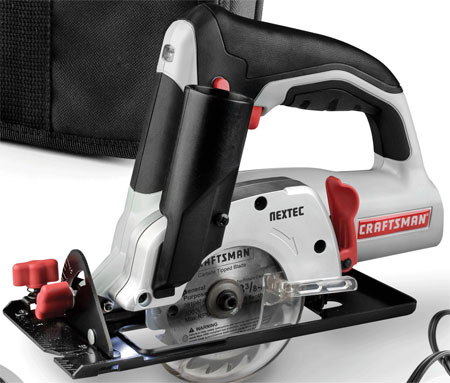 The circular trim saw accepts 3-3/8″ saw blades, and also appears to have an integrated dust extraction attachment. Since the saw is to be powered by Craftsman’s 12V Nextec battery, it should be far lighter and more compact than other brands’ 18V offerings. From the pics and product specs alone, we can tell that this is definitely a tool we will be interested in.

Is it just us, or does Craftsman’s new cordless trim saw bear some resemblance to Ryobi’s 12V One+ trim saw (CS120L) that was included in their now-unavailable Power Pack set?

These two new Nextec tools and the 4pc kit are slated for release in June with a list price of $170. With a June release, we think that it’s fair to expect to see a few TV commercials featuring these tools ahead of Fathers Day.

We will of course post updates and new details about these tools as they’re made available.