ToolGuyd > Hand Tools > Hammers & Mallets > Craftsman Flex Claw Hammer Stopped Me in My Tracks
Happy New Year!
If you buy something through our links, ToolGuyd might earn an affiliate commission.

We were out today, and found ourselves at a new mall. My wife split to make a phone call, so I took my son to Sears. Father’s Day is coming up soon, and I wanted to see if they had anything interesting.

I could use some more brad nails – for that continued Milwaukee M18 Fuel cordless nailer testing I promised – and I figured that I’d buy some if I came across them.

We were strolling around, and I had turned down 1 offer for a free vacation drawing (probably a survey request), and 2 offers of help to find what I needed. (I do like this Sears already. The sales associates actually seemed eager to help.)

And then I saw it.

A Craftsman Flex Claw hammer. The most… unique hammer I’ve seen in some time.

Craftsman is actually very competitive when it comes to hammers. They have some nice ball pein hammers, claw hammers, framing hammers, mallets, and other varieties of handheld striking tools. So every now and then I scout out to see if anything is new.

Tip: You can sometimes get a Craftsman hammer for less than the Vaughan equivalent, USA-made of course, although not all Craftsman hammers are made by Vaughan or manufactured in the USA. 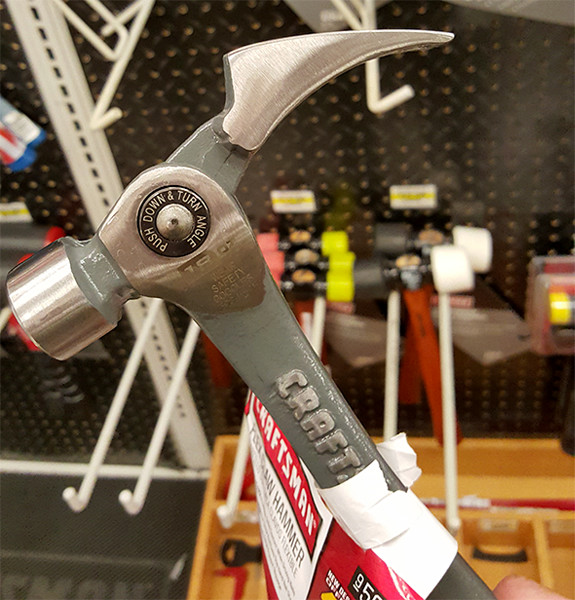 Okay, so this is what it looks like on the shelf. Weird, right? I suppose it would be more polite to call it unique, but it was the what is that?! reaction that really did stop me in my tracks.

The hammer has this odd hammer shape, but then I saw the pivot, which says push down & turn angle. And then I saw the name – Craftsman Flex Claw hammer. 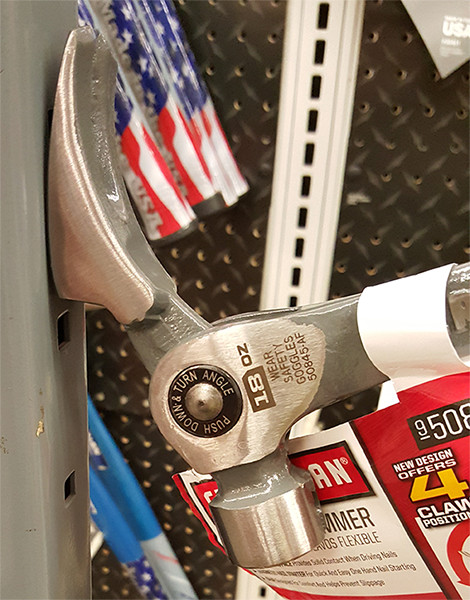 Even if the claw angle was not adjustable, the claw looks to have an unusual and potentially high level position in the hammer’s “standard” configuration. 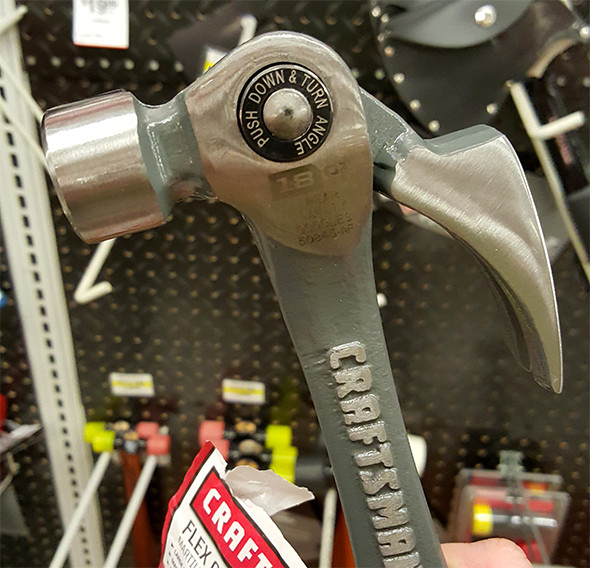 Here’s what it looks like with the claw down. 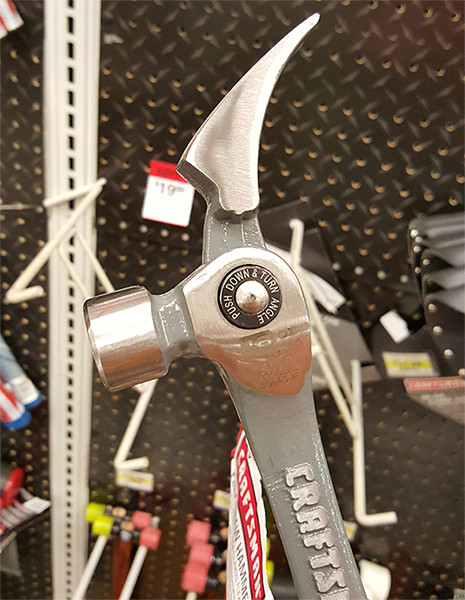 And here it is, claw up. 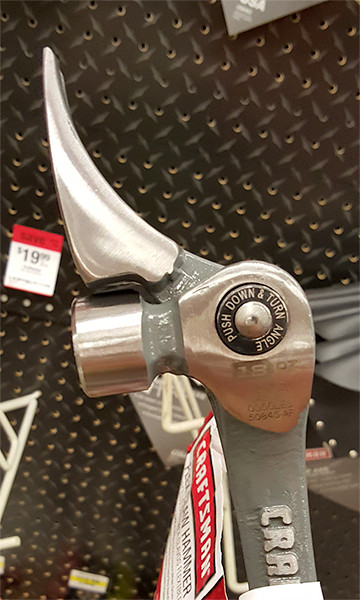 And here, the claw is forward.

Along with the “standard” claw position, for lack of a better way to describe it, there are 4 claw angles. For adjustments, you press the pivot in, move the claw, and it locks into place. 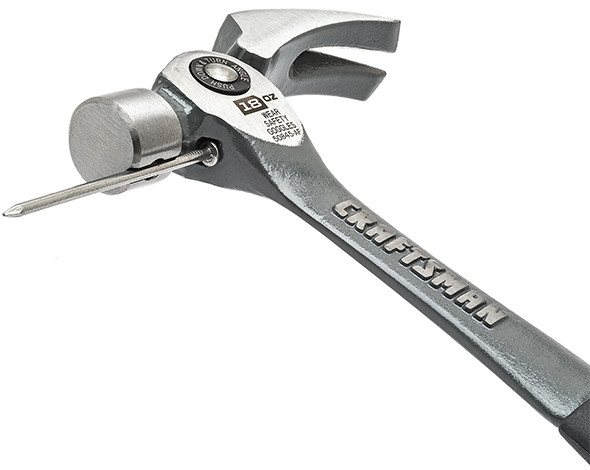 Apparently there’s also a nail starter. How did I miss that?

I forgot to check for COO, but I did check for obvious “Made in USA” labeling, which I did not see.

I left the hammer on the peg at the store. Why? Because despite my interest and curiosity at how well the hammer works, the pivot was incredibly difficult to operate in 1 or 2 of the positions. A sales associate insisted he could show me how it’s done, and that the claw just required a little wiggling (I already tried this), but he couldn’t adjust the claw angle any easier than I could.

Maybe the pivot button is defective on this hammer, a single flaw that stands out from among thousands of perfectly functional hammers.

This was the only one the store had on the shelf, and so I couldn’t go through a peg-full of hammers looking for the smoothest-adjusting one.

I asked whether the sales associate thought if it was a defect, and he said. “That’s just how they make ’em.” After a short pause, “in China.”

COO aside, and my disappointment at the sticky pivot, I think that the design is quite interesting, and potentially beneficial.

I have run into nail-pulling situations where I just couldn’t get a good enough angle for strong leverage, leading to more time and elbow grease being consumed by a task.

What do you think? Innovative hammer design, or holiday gimmick?

They only had 1 hammer on the shelf (the sales associate says they received 2 last week), leading me to believe that more “how can we make something better?” went into the tool’s development, rather than “what can we sell a lot of during the holiday season?”

I’m optimistic that this might prove to be a problem solver. I just hope that my in-store experience with the stubborn pivot mechanism is an anomaly.