I love this gimbal-style ratchet, and felt compelled to give it a quick mention, even though we’ve seen it before.

Sears came out with Craftsman gimbal ratchets back in 2015.

And now, Stanley Black & Decker has introduced their own gimbal palm ratchet mechanics tool set. They went with a mix of 1/4″ drive sockets and screwdriver bits. It looks good, although I would have liked to have seen an updated color scheme unique to the Craftsman relaunch.

Palm ratchets are compact and allow you to work in tight spaces, and also pack up tightly, making them great for portable tool sets.

What the gimbal head does is improve that fastener accessibility further, allowing for off-access engagement in the same way as a wobble extension or universal joint. If it helps, think of it as a flex-head palm ratchet, but one that can flex in two directions at once, allowing for compact angles.

These aren’t high-torque tools, but they do work very nicely with screwdriver bits, and can be a problem-solver for reaching fasteners other ratchets might have difficult accessing. 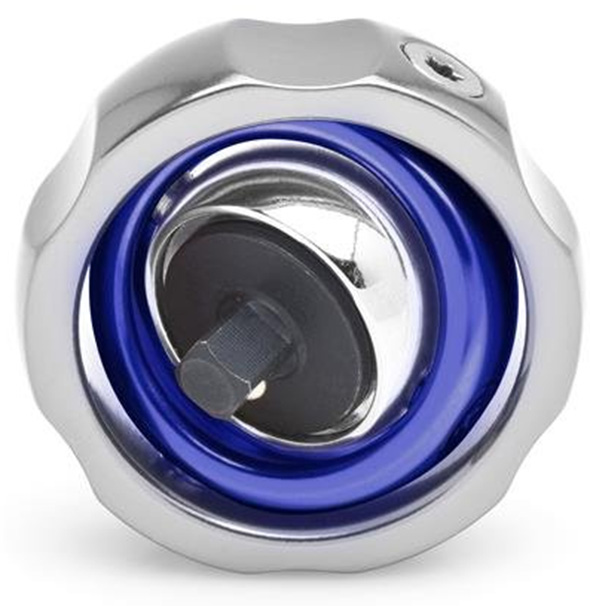 This image of a Gearwrench gimbal palm ratchet might help you visualize things.

Gearwrench’s gimbal palm ratchets are priced at $12 to $14 individually. This is the money-saving way to go if you want just the ratchet. 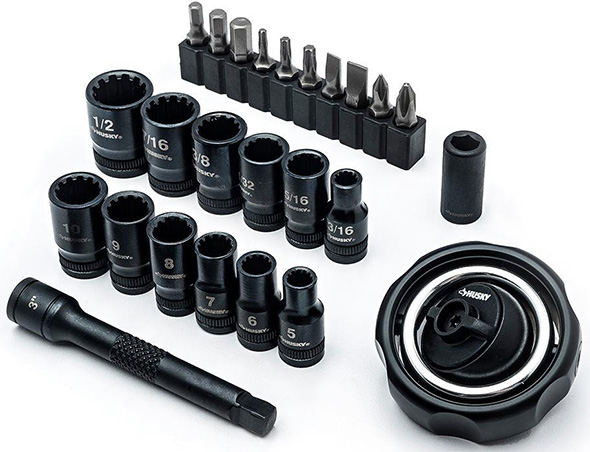 Husky has a couple of options, and theirs has 100-position gearing for a finer swing arc.

The Husky 25pc set shown here seems to be on clearance, priced at just $10. It doesn’t seem to be available for home delivery, and so you might be out of luck if your local Home Depot stores don’t have any available for in-store pickup or purchase.