ToolGuyd > Hand Tools > Mechanics' Tools > New Craftsman Industrial Ratchets & Wrenches are Made in the USA!
If you buy something through our links, ToolGuyd might earn an affiliate commission. 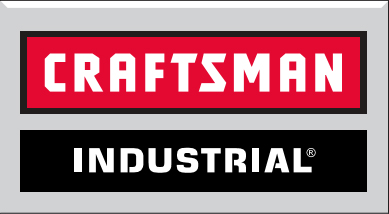 CES 2016, the annual Consumer Electronics Show, kicked off this week. Craftsman has released news at CES in the past, and so I spent a few minutes on Google trying to see if there were any recent announcements.

I didn’t find anything Craftsman-related in any CES 2016 coverage, but I did find a Craftsman page that says:

There’s also this PDF, which I think I also saw a few months ago, that discusses the new Craftsman Industrial offerings.

I’ve written about this before, so there’s no need to rehash it too much.

Right now, if I’m in need of any mechanics tools, such as a certain ratchet style, a replacement socket, an accessory such as an extension, adapter, or breaker bar, Craftsman isn’t anywhere on my list. I will sooner look at Husky (which has recently piqued my interest), Kobalt, Tekton, Gearwrench, Proto, or Facom.

Craftsman used to be my go-to brand for mechanics hand tools, but not anymore.

In addition to interest in what these new tools have to offer, I am hoping that this might be the start of a new direction for Craftsman. I won’t hold my breath, but I will allow myself to feel some excitement and optimism.

A big part of why I bought so many Craftsman Professional tools is because they offered great quality at very affordable prices. Hopefully the same will be true of these new tools.

Oh, and in addition to being made in the USA, these new Craftsman Industrial tools have a lifetime warranty.

Here’s a look at the new offerings mentioned in their PDF sneak peek:

Premium Grade Ratchet – We’ve reviewed these Craftsman premium ratchets before, or something very similar, and they were very good. The handle design isn’t my favorite, but I still reach for the test samples every now and then in lieu of my personally owned ratchets.

It’s nice to see these ratchets returning to market. They offered a very good balance between number of teeth and strength.

Quick-Release Teardrop Ratchet – I’m not a very big fan of Craftsman’s basic quick-release teardrop ratchet design, but they do make for good “beater” ratchets. I bought a NOS (new old stock) model at the local Sears Essentials before it closed due to leasing disagreement, and sometimes use it in tough situations.

It has fewer teeth, which increases the size of the ratcheting arc, but it’s also strong. I’ll use it in situations where I’m worried a fine-toothed ratchet might break.

Lots of professional and industrial tool brands have similar anti-slipping and improved-gripping enhanced open end wrench designs. Check out the imagery in our Williams SuperCombo wrench review to see a clear example.

Such features do seem to work well in higher torque applications.

I’ll give Craftsman extra points if these are long pattern wrenches.

Double Box End Ratcheting Wrenches – I can’t say I have ever used a double box end ratcheting wrench, but some users swear by them.

What I really want to see a return of Craftsman’s USA-made deep offset wrenches. Last year I wrote about these wrenches after one got me through an assembly task, and they’ve saved me more time and effort since then.

What do you think?