A while ago we talked about how some of Craftsman’s new tools were being made overseas rather than here in the USA. More recently, some of Craftsman’s current tool lineup underwent a production shift, with some of the mechanics tools now being made in Asia. We spoke to Craftsman about this, and were told that their tools are manufactured to the same stringent standards regardless of where they’re made.

Stephen K, from the GarageJoural Forum, already did a great comparison, and so we asked for permission to use his photos. 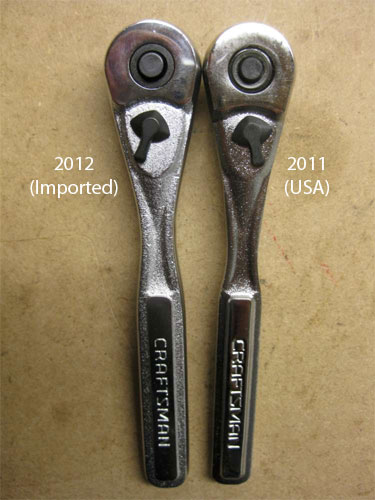 Looking at both 2011 and 2012 versions, you can see that the newer import model has a slightly larger head. 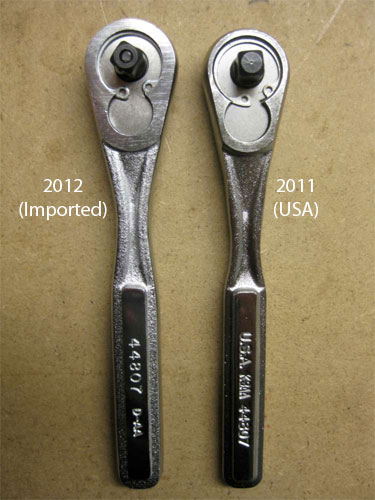 The increased thickness around the 1/4″ drive is especially noticeable when you look at the drive-side of the ratchet. 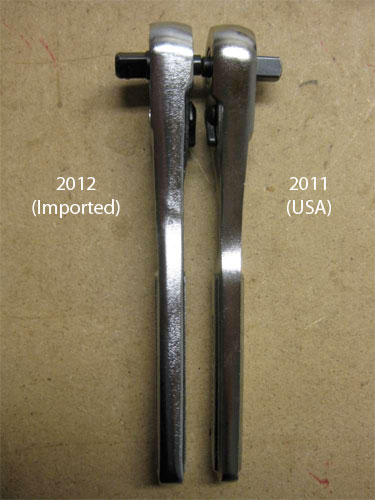 The overall finish looks to have been changed as well, with the newer model sporting what looks to be a brushed treatment. 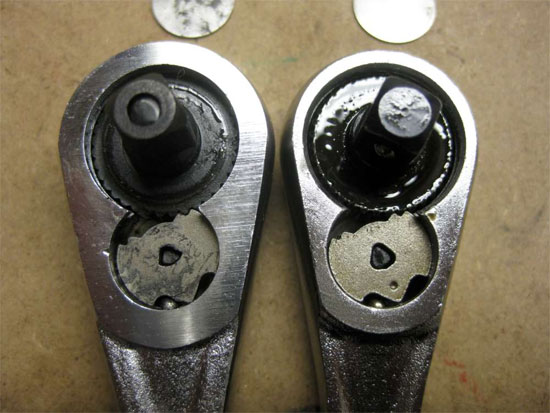 The mechanism appears unchanged, with the reflections in the USA-made ratchet being due to copious amounts of lubrication around the gears. Stephen reports that the gears are interchangeable, meaning that standard repair kits will work with either ratchet.

Both versions have a similar quick-release mechanism, with the new version featuring an added plunger that extends slightly passed the end of the 1/4″ drive to help eject a socket. 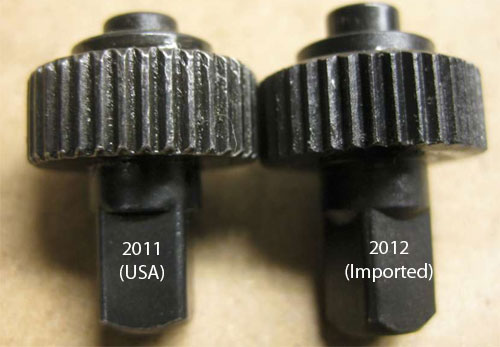 There are slight differences between the gears – the USA version is taller and the teeth appear to have a thicker top land. This might have an effect on the strength and durability of the imported ratchet’s gears, or maybe not. Whether or not there will be less tooth engagement also depends on the design of the pawl. 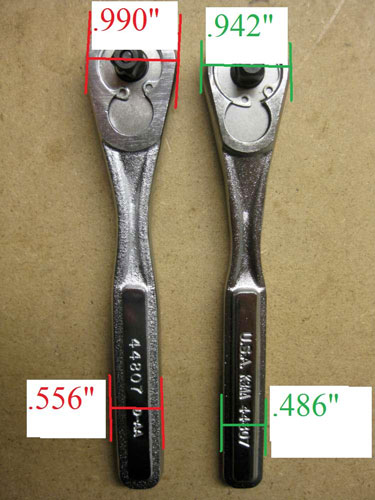 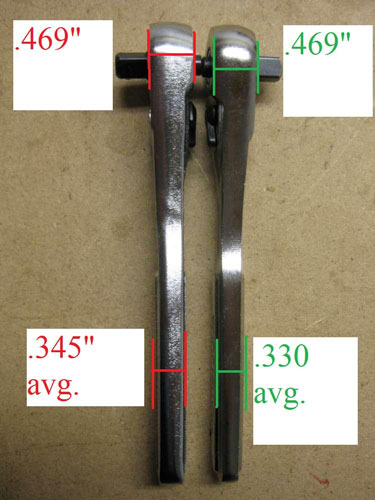 Craftsman’s raised panel ratchets are not superb by any means, but they’re inexpensive and hugely popular, especially when you consider that these are bundled with most Craftsman mechanics tool sets. The new version is meatier, and the gears are slightly different.

All photos by Stephen K, used with permission.

There is a lively discussion about the ratchets over at the Garage Journal Forum.