ToolGuyd > Power Tools > Saws > Reader Question: Is the New Craftsman 10″ Sliding Miter Saw Any Good?
If you buy something through our links, ToolGuyd might earn an affiliate commission. 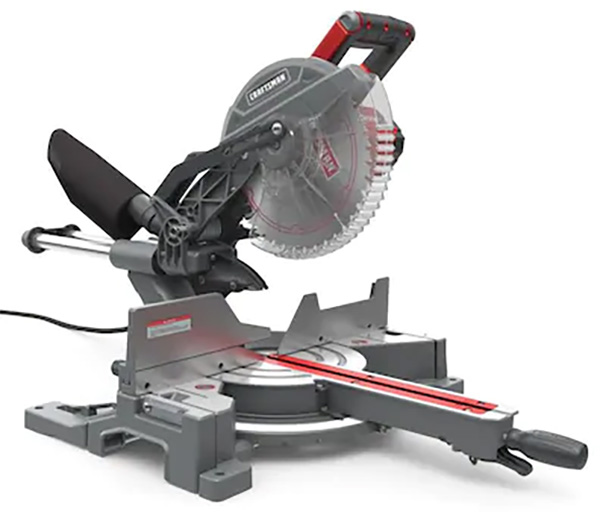 Over at Lowe’s, they have a new Craftsman 10″ single bevel sliding miter saw deal for Black Friday 2019, and it’s currently at its promo price of $189.

Neil wrote in, asking about the new Craftsman miter saw, and if it’s any good:

Do you guys know anything about this Craftsman 10″ sliding miter saw at Lowes?

Not finding much on Google, and I don’t even see it listed on craftsman.com. The reviews so far are all from “sweepstakes entries.” Looks like it has Dewalt’s LED cut line system and similar fence/miter adjustment design at a good price.

I believe that someone else asked about the same saw recently. Generally, and I mean this in as neutral a way as possible, this looks to be your average entry-price-point miter saw. It is a single-bevel design with a cut capacity of 12″.

Craftsman never announced the saw via press release (at least not that I know of), and I also don’t know what all the “sweepstakes entry” user reviews are about. I also can’t find any reference to this product on Craftsman.com – it only exists on Lowe’s website.

This doesn’t really mean much, aside from suggesting this miter saw is a Lowe’s Black Friday and holiday 2019 “special buy.” Maybe it’ll be a regular main-line product, but if that was the case wouldn’t Craftsman have said something about it?

This Craftsman miter saw, model CMXEMAX69434501, is said to have an “adjustment-free LED cut line for more accurate cuts and visibility,” similar to what you will find on more premium miter saws by Milwaukee and Dewalt.

I can’t find any Porter Cable or Black & Decker models that could have preceded this model, and so there are to user reviews to go by. 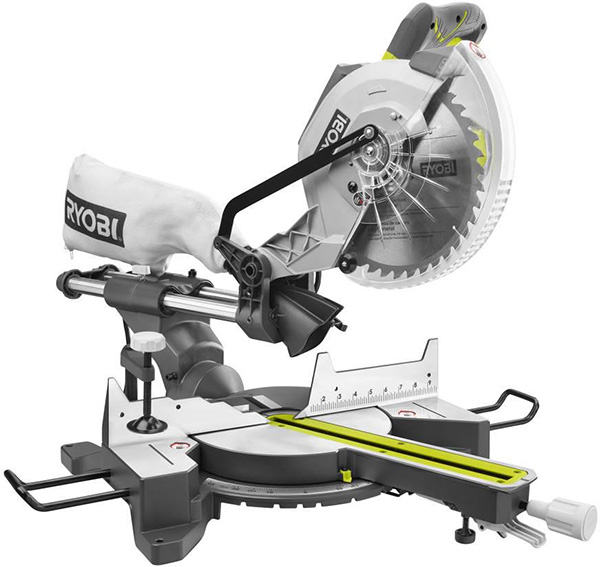 Ryobi also has a new 10″ sliding miter saw with LED cutline indicator, and it’s currently $179, which is $10 less than Craftsman’s Black Friday 2019 pricing.

Home Depot has some user reviews going back two months, and most say more than the word-less ratings some most sweepstakes-entry reviews gave to Craftsman’s saw on Lowe’s website.

Craftsman’s saw looks to only be stocked at Lowe’s stores, since shipping/delivery (at least around here) looks to carry a $79 truck-to-home delivery fee. You can buy the Ryobi saw online from Home Depot with free delivery to your home or workshop.

Personally, as far as DIY power tool brands go, I have more trust in Ryobi than I do in Craftsman these days. That’s not to say that I would buy either of these saws – I’d try to snag a deal on a Dewalt DWS716XPS miter saw or spend more for their DWS779 special buy, or maybe even consider Ridgid’s smaller special buy of the season.

Looking closely at Home Depot’s Black Friday 2019 sales flyer, this Ryobi miter saw will be $139. Its predecessor was a Black Friday deal in 2018 and possibly prior years as well. That model, TSS102L, had a laser, while the new model, TSS103, has an LED cutline indicator. You can’t find user reviews on Home Depot’s site anymore, but Ryobi has some. From the looks of it, customers are fairly happy.

If I were looking to buy an entry-priced 10″ sliding miter saw, Ryobi’s sale pricing and historical reviews for its predecessor model would entice me far more than Craftsman’s deal.

With entry-priced miter saws, you often have to spend more time on calibration to ensure perfectly straight and accurate cuts. Small differences in designs, engineering, and quality can have big impacts on performance and accuracy. What this means is that it’s really hard to comment on Craftsman’s miter saw without trying it, or to gauge if Ryobi’s is better without trying them both side by side.

I can only provide you with my opinion, which is that the Ryobi would be the surer buy, and it’s also considerably less expensive.

Craftsman’s saw has grooves machined into the table surface, which I’m guessing helps to keep work flat by giving a place for strap chips and sawdust to go. Ryobi’s saw looks to have a foot near the cutting slot and miter adjustment handle, which might help with stability when cutting wider boards.

If you can’t tell, I’m stuck in trying to determine which saw I’d buy. Ultimately, I think that if shopping for miter saw with a $200 max budget and with cutting capacity a top priority, the Ryobi would win my favor. I’d then spend the difference between Ryobi and Craftsman saws on a good square or two if I didn’t already have one, for blade calibration and alignment purposes.

2) Cutting capacity is a high priority

3) LED cutline indicator as a preferred but not required feature

Which miter saw would you buy? Either of these 10″ sliding miter saws with 12″ cutting capacity, or something else? 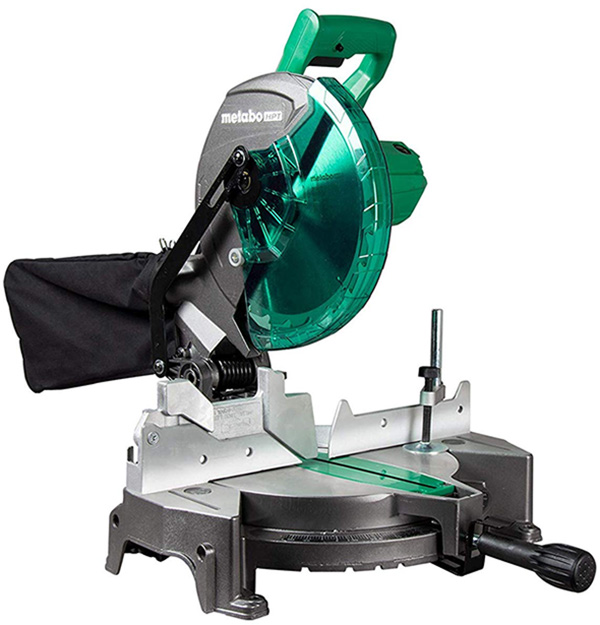 There’s also Metabo HPT’s C10FCGS 10″ miter saw. It’s a basic non-sliding design, and with no cutline indicator system, but it’s inexpensive at $89. A basic saw like this might pair well with a circular saw and straightedge for when greater cutting capacity is needed.

Where Can You Buy a Dado Throat Plate for Milwaukee’s M18 Fuel Cordless Table Saw?