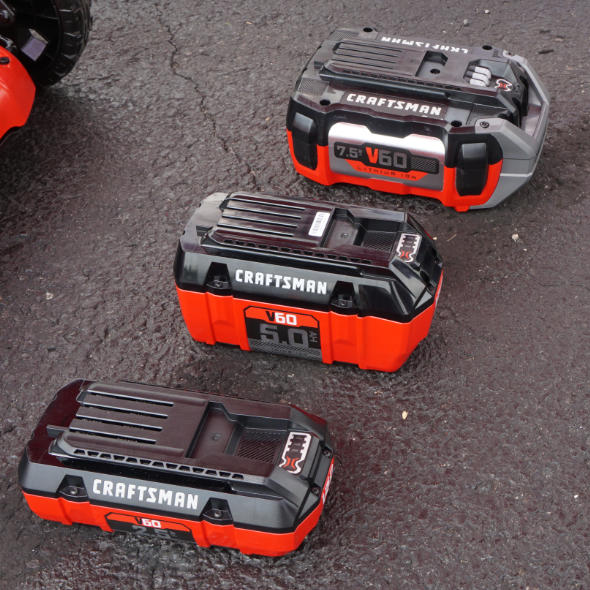 In August, Stanley Black & Decker invited Stuart and I to their new Craftsman Tools product launch. At the show they introduced a ton of new hand and power tools, but today I’m just going to cover the the new V60 platform tools.

The platform will be launching with:

There’s no cordless snow blower yet, but we’re hoping it’s on their roadmap. 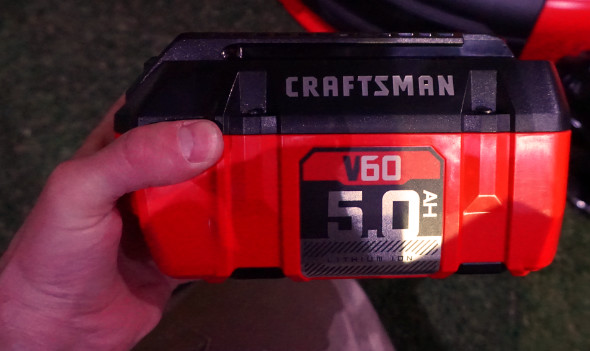 The V60 battery packs will come in three sizes 2.5Ah, 5Ah, and 7.5Ah, each of which contains 15, 30, and 45 Li-ion battery cells respectively. A max voltage of 4V  per cell times 15 cells gives you 60V. It could and has been argued that it should really be called 54V, but that’s not going to be addressed any further in this post. 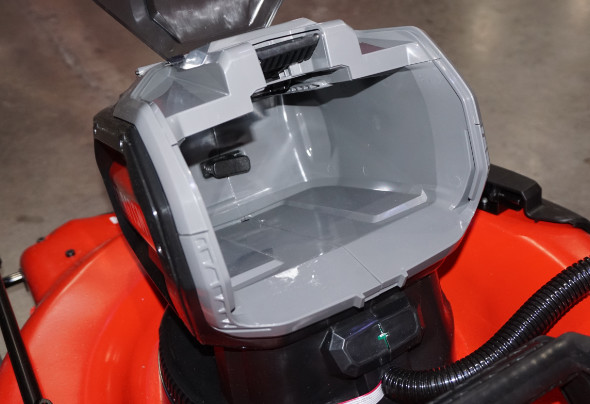 I did not see the V60 chargers or chargers of get a feel for the amount of time it’ll take to charge the different sized batteries.

Shown here is the new V60 blower. I played with it for a short time and noticed it had a bit of a kickback when you pulled the trigger, similar to my EGO LB530 blower when you hit the turbo button.

The above photo is actually rotated sideways. The blower is hanging on a VersaTrack rail with its built in hanger — many of the new Craftsman cordless power tools, including chargers and drills, have hooks that are VersaTrack-compatible.

VersaTrack is Craftsman’s slatwall-like panel system, for organizing tools and accessories on a variety of hooks and attachments. With built-in VersaTrack adapters, you can store compatible tools on a rail or panel section without the need for any extra hooks.

I was able to test the V60 16″ chainsaw on a 6″ or 7″ log of indeterminate species they had sitting in a sawbuck. I made a few cuts and found it easily cut through the log without bogging, but you wouldn’t expect log this size to be a problem for a 60V chainsaw. 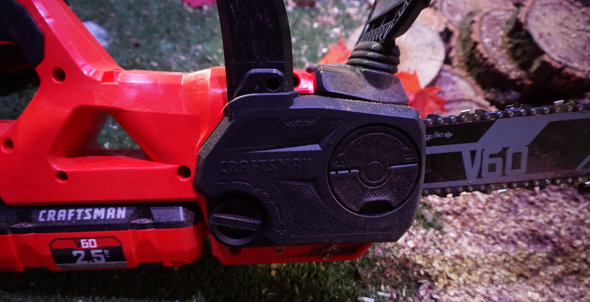 You’ll notice that the chain tensioner is similar in design to the one on Dewalt’s 20V Max cordless chainsaw, reviewed here. 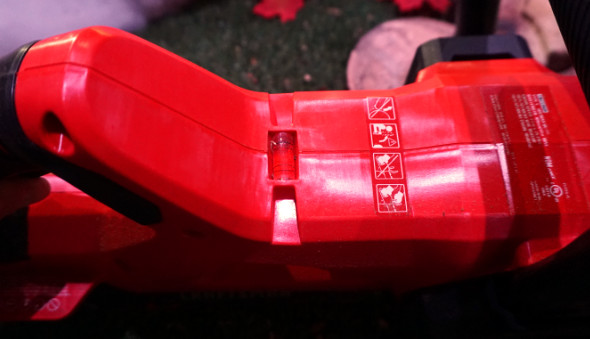 On the top of the chainsaw there is a bubble vial. At first I was a little confused — why do you need to cut your firewood with the ends square? Then I remembered that chainsaws can be used in construction, such as for cutting off the ends of timbers, or trimming fence posts and stiles.

I did not get very good photos of either the V60 hedge trimmer or the string trimmer, but you can see them both hanging up on the wall. They did not talk about them, nor did I have time to ask, but you can also see what looks to be a pole saw and an edging attachment. I’m not sure if they belong to the V60 string trimmer or the gas trimmer hanging farther over, out of the photo.

The string trimmer has a high/low switch and variable speed throttle. It also features a dual string bump feed system. They also mentioned that you’d be able to rewind the string without taking the spool apart. 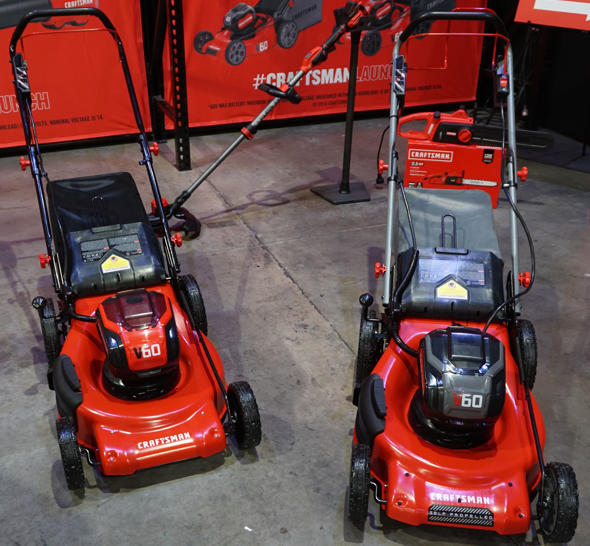 Finally, we come to the two steel-decked cordless mowers. They’ll offer both a self-propelled and a push version. The 3-in-1 mowers — named as such for their bagging, mulching, and side discharge options — have 21″ decks. The actual blade diameter is 20.5″.

You’ll notice they look very similar to the Dewalt 2x20V and 40V mowers. They have a similar height adjustment mechanism, but with 6 heights instead of Dewalt’s 5. 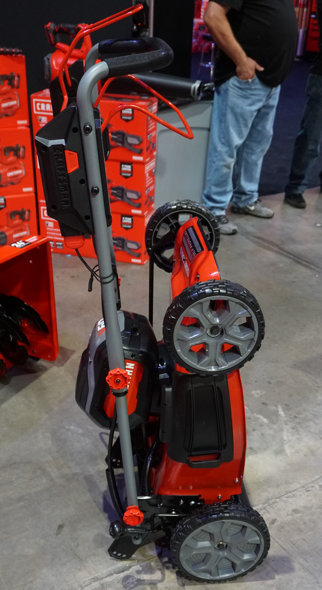 The handle folds down for upright storage and it also folds down in the middle to make the mower more compact. 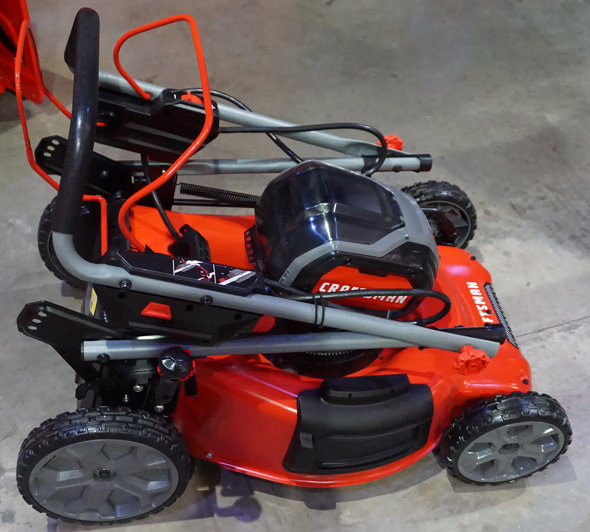 I did not get a release date for any of the V60 products, but I would hope they would be out for Spring 2019.