ToolGuyd > New Tools > New Craftsman Versastack Cooler
If you buy something through our links, ToolGuyd might earn an affiliate commission. 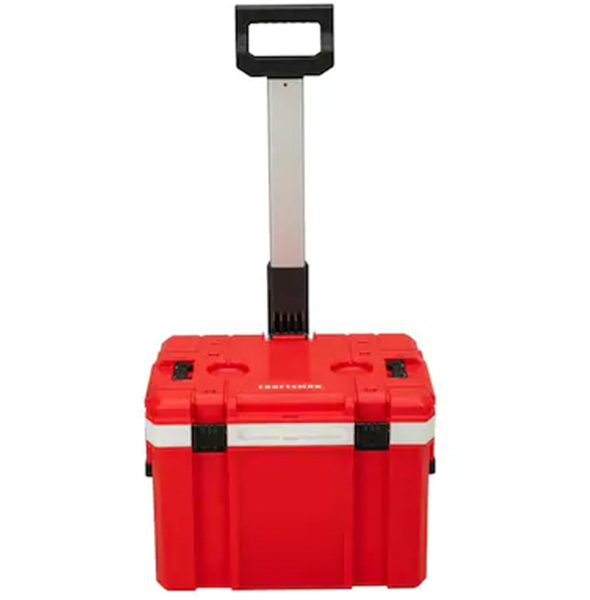 We recently posted about the new Dewalt Tstak rolling cooler, and Thom commented: As soon as the red and black versastack version hits the market I’m getting one. Well, thanks to a comment by Vards, we now know that a Craftsman Versastack version of this cooler will indeed be coming to the market.

As far as we can tell, based on visual appearances, features, and product specs, the new Craftsman Versastack rolling cooler (model CMST17824) seems to be identical to the Dewalt Tstak model, aside from the color scheme and different branding.

Craftsman says that their new rolling cooler is ideal for weekend picnic plans. 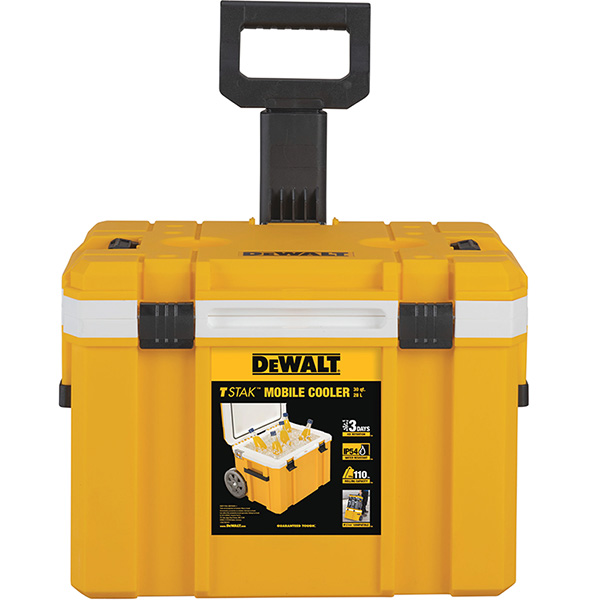 If you prefer a yellow cooler with Dewalt branding, consider the Tstak version.

At the time of this posting the Craftsman Versastack rolling cooler is a little lower priced, but that could always change.

It’s impossible to tell if the two coolers are identical, at least without seeing more product photos of the Craftsman version, or comparing the two in-person. But, it’d be hard to imagine that the two brands’ coolers would be different in any subtle ways.

If you could get either cooler for the same price, which would you pick – Dewalt yellow or Craftsman red?