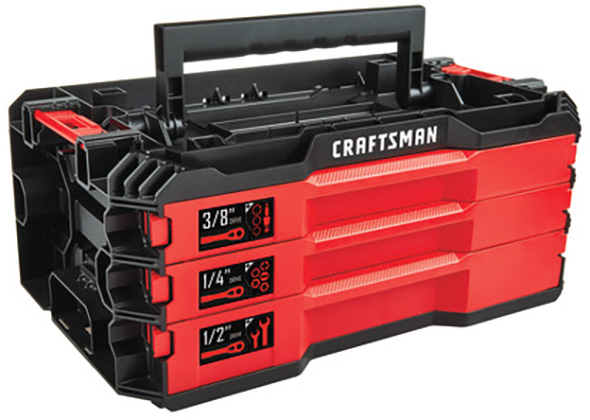 Matt wrote in, asking about a new Craftsman VersaStack mechanics tool set he saw on their website.

First off, love the page. Always great info and well written. Second, have you heard anything about the new Craftsman Versastack socket set CMMT99206? I see it on the craftsman website, but they don’t list any retailers for it, brick & mortar or online. The price is great at $149 and I’d love to get one if I could find it for sale. Also, there are 6 reviews on their site for it but how can there be if no one sells it?

Thank you Matt for the kind words!

Yes, and no. I have seen the new Craftsman VersaStack mechanics tool set, via an influencer’s Instagram page. Craftsman has not officially announced it (at least we haven’t heard from them about this yet), and Lowe’s stopped sharing new tool developments with us a while ago.

October releases are usually timed for the winter holiday shopping season, but I’d think that the VersaStack case could make it a permanent part of the Craftsman lineup. At this point that’s just a guess.

We probably won’t see a press release for something like this, since it’s a repackaging of existing Craftsman tools. Maybe Lowe’s will include it in a “holiday gift guide” type email or holiday deals notice. In other words, we’re completely in the dark, and don’t know any more than the little that is publicly visible. 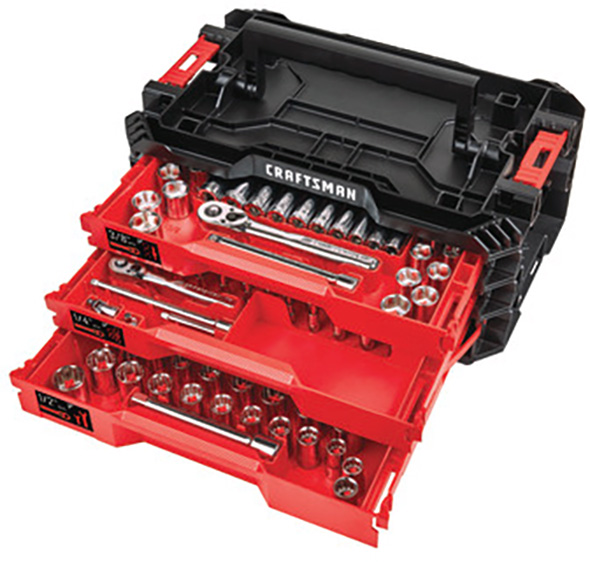 Craftsman’s website says this is a 216pc set with 1/4″, 3/8″, and 1/2″ drive ratchets and sockets. The set is said to have 12 drive tools, 5 extensions, 111 sockets, 3 ratchets, and 14 wrenches. The other 71 pieces are… I don’t know, they don’t say. Mechanics tool sets like this usually include a number of basic hex keys, screwdriver bits, and other such accessories.

Right now there are actually 10 user reviews on Craftsman’s website, and they’re “received free product” reviews sent to select end users or consumer reviewers. That has become the norm.

There looks to be a mix of 6pt and 12pt sockets, although I can’t find a full list of what you get.

Travis (@toolsbydesign) has a good preview of it here:

From his photos, the VersaStack tool box can fit Tough Case accessory boxes on its sides. It looks like the 3/8″ and 1/4″ sockets are 6pt, and the 1/2″ shallow sockets are 12pt.

It’ll be available at Lowe’s, and possibly Amazon as well.