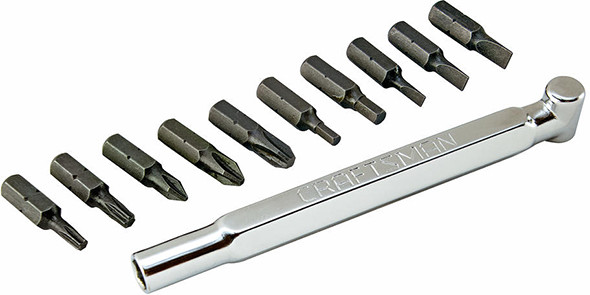 This is the new Craftsman Z-driver screwdriver set, which is based around a super low-profile L-wrench bit holder.

I bought a Craftsman L-shaped screwdriver bit holder once, and the magnet popped out of the short end the first time I used it. I’ve been searching for a replacement since then, and this looks like it might fit the bill. 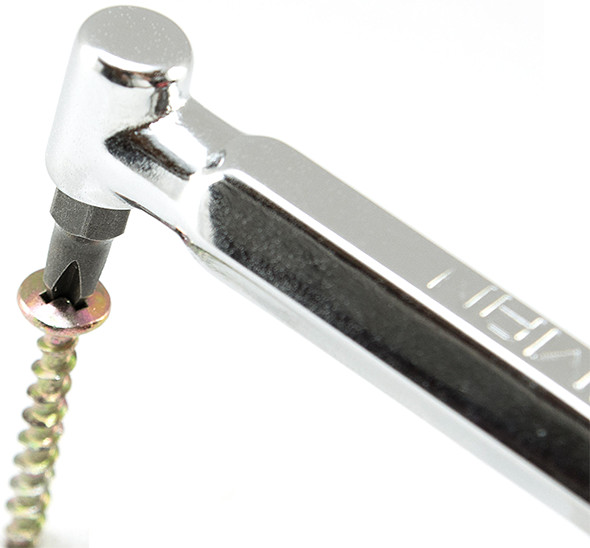 Craftsman doesn’t mention just how short the low profile end of the Z-driver is, but they do say that the 90° position gives you 11x more torque than when a bit is used in the straight position. 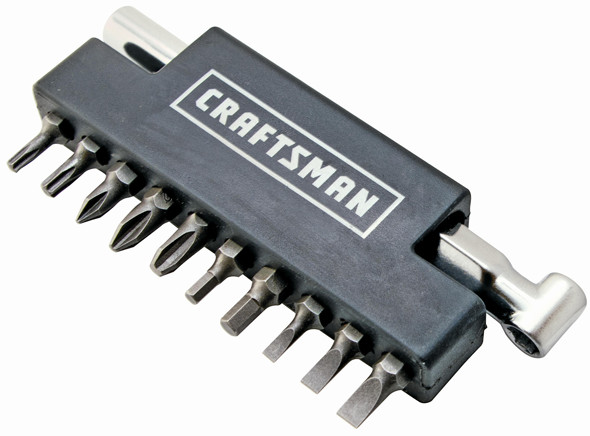 It also comes with a combination bit and tool holder case.

I want one, and will make it a point to buy one the next time I’m at Sears. Let me rephrase that: this will give me a great reason to go to Sears for the first time in a while.

Low profile screwdrivers and screwdriver bit holders aren’t useful all of the time or for general purpose use. But when they get pulled from a tool drawer, toolbox, or tool bag, they’re often the only thing that’ll do the trick.

The design looks good, and the price is right.

I don’t quite see what makes this a Z-driver, though. Where’s the Z? Is the driver’s short end slightly angled? I can’t tell from the product images. Is it because Z-driver sounds better than L-driver?

Ooh, is the Z-driver handle shaft hex shaped so you can use a wrench, adjustable wrench, or pliers when a bit is being used in the straight position and extra torque is needed? Nice!