ToolGuyd > Hand Tools > Hammers & Mallets > Crescent Indexing Claw Hammer
If you buy something through our links, ToolGuyd might earn an affiliate commission. 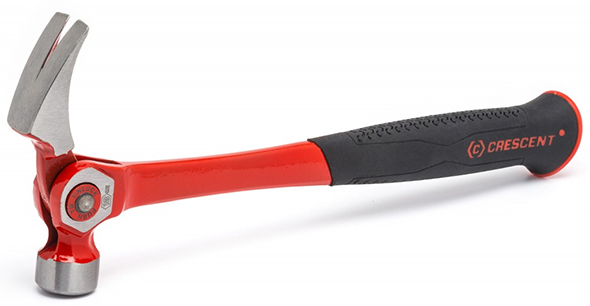 Last year, Sears Craftsman came out with a Flex Claw hammer, which featured an indexing claw, for better prying out nails or to-be-demo’ed materials at different angles.

Now, Crescent – with Apex Tool Group likely the OEM for Craftsman’s version – has come out with their own flavor of the hammer.

I’ll admit, it’s a unique hammer that toes the line between innovation and gimmick, but it performs pretty well in use. I had to rip down some old fluorescent light fixtures that were nailed in place, re-nailed, and then nailed in so many more times I couldn’t count the number of nail heads.

The Craftsman Flex Claw hammer was the closest rip-claw hammer (or prying instrument of any kind), and it came in handy. I figured I’d give it a shot and then hunt down a better tool if needed, but it turned out to be more than capable. 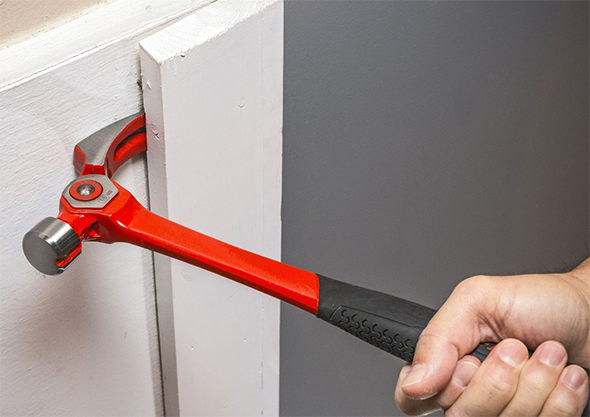 It’s not ideal for all applications, but it’s convenient.

Crescent makes a couple of indexing pry bars, including a “bull bar”, and so does Gearwrench – also owned by Apex Tool Group.

I’m of the position that this tool isn’t for everyone, but if you think you could use it, there’s a good chance you’ll like it.

One Craftsman hammer I tested – I believe it was in-store – had a sticky pivot adjustment button, but I don’t remember experiencing that with my test sample. Sometimes indexing tools can be finicky, but I’ve always attributed that to a greater need for strength than delicate precision.

I mention the price as being “TBD,” because what I’m seeing on Amazon and Crescent – $32 on Amazon and $51+ via Crescent – is uncharacteristic. The Craftsman version has a “regular price” of $30, and its sale price is usually $18-20. I would predict that we’ll see the hammer at Home depot or Lowes at lower pricing – say $20.

If you don’t want to wait for the Crescent pricing to normalize, buy a Sears Craftsman model (although I’m less and less a fan of Sears these days) for $20 or less.