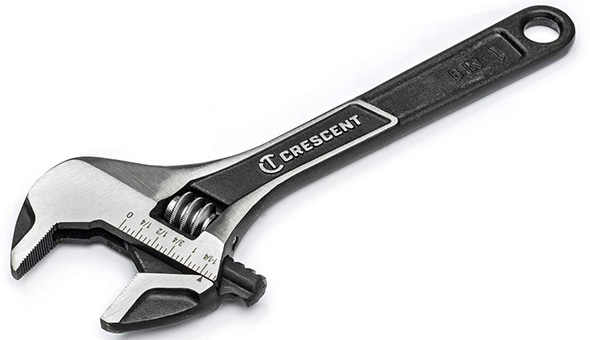 Crescent has come out with a new line of wide-jaw adjustable wrenches, featuring wider opening capacities and micro-serrated jaws.

The new Crescent adjustable wrenches are said to meet ASME performance requirements for wrenches the next-size up, meaning that the 6″ version meets the requirements for the 8″, and so forth. They say that, with the expanded jaw capacities, each wrench does the work of the next larger size. 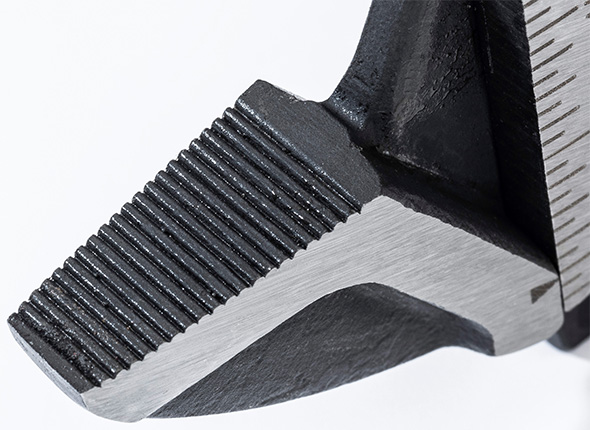 Each wrench also features a larger knurl, which provides a tighter jaw fit, is easier to adjust, and is less likely to bind up.

SAE and metric size markings are laser etched into the wrench head.

Finally, the new Crescent wrenches have a black phosphate and lacquer finish for corrosion and rust resistance. 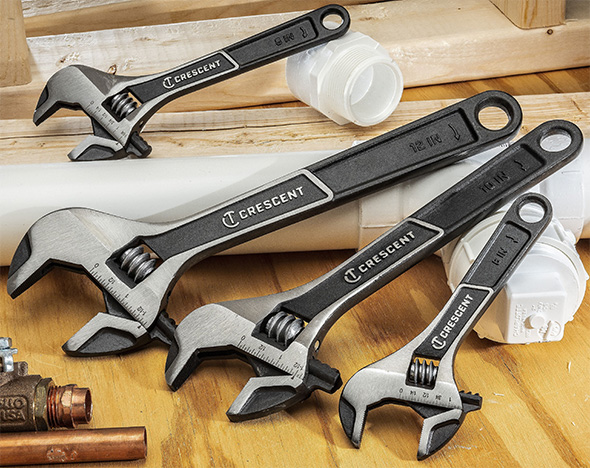 I was a little worried when I read that the new Crescent adjustable wrenches would have micro-serrated jaws. However, from the close-up image, they appear to be blunted, maybe even rounded. I don’t know if I could consider them non-marring, but I don’t think they’ll gouge out fasteners or fitting in the way I had initially imagined.

Wider jaw openings? Sounds good to me. A larger knurl? They make it sound good, saying it tightens up the jaw fit and is easier to adjust.

Crescent’s specs sheets show the wrong max jaw opening capacities, and so we’re still working to get the official specs. But, seeing as how a standard Crescent 8″ adjustable wrench opens to 1-1/8″, and images of the new 8″ show markings greater than 1-1/4″, they’re definitely wider.

It has been more than a year since Crescent’s rebranding and absorption of other Apex Tool Group brands. Actually, they also recently added Jobox under the Crescent brand umbrella.

Crescent was known for their adjustable wrenches. If these new wrenches are everything they’re claimed to be, will you be adding one to your tool kit?