ToolGuyd > Hand Tools > Knives > CRKT Foresight Knife Review
If you buy something through our links, ToolGuyd might earn an affiliate commission. 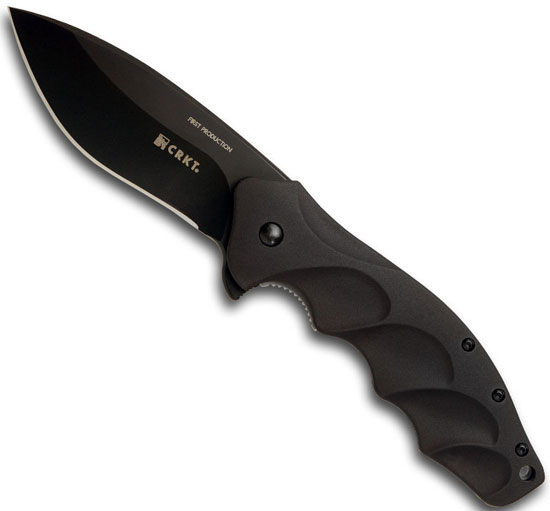 CRKT’s Onion-designed Foresight is a beast of a folding knife, in a good way. It’s the kind of knife that you know won’t wimp out when you need to push it hard.

The Foresight is not a boring-looking knife, but it definitely still puts function over form. You might think that the finger grooves are meant for looks, but they actually do serve well to anchor your palm and fingers for an improved grip.

I thought the finger grooves would be a physical annoyance at first, but when using the knife I’m not at all aware of them.

Maybe it’s my imagination, but I feel that the grooves are a better gripping aid than checkering. At the very least it’s easier on the hands.

The beefy Foresight handle carries over some of the style choices Ken Onion made with the Shenanigan Z, but overall it has an edgier appearance. Ken Onion himeself describes the knife as more bad-ass, and it is. 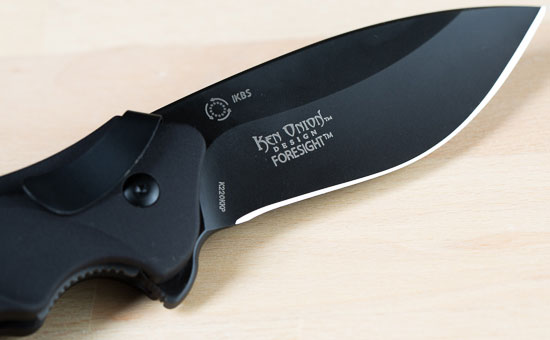 This is a modified drop point blade with a prominent belly that makes it a nice utility slicer. The tip is strong and slightly tapered as well, to ease piercing tasks. At 3.5″ long the blade is a bit large for my tastes, but it seems well suited for everyday heavier duty needs.

Once again, the Foresight is a heavy-use knife and everything about it is purposely overbuilt. If size and weight is a strong concern for you, there are plenty of smaller 3.5″ knives on the market.

A quick measurement of the spine read 0.162 inches, which is nearly a third larger than 1/8″. This is not a wimpy knife.

AUS-8 is a great quality Japanese-made stainless steel that has a good balance of edge wear resistance, toughness, corrosion resistance, and ease of sharpening. It’s not a premium steel, but it’s very good. 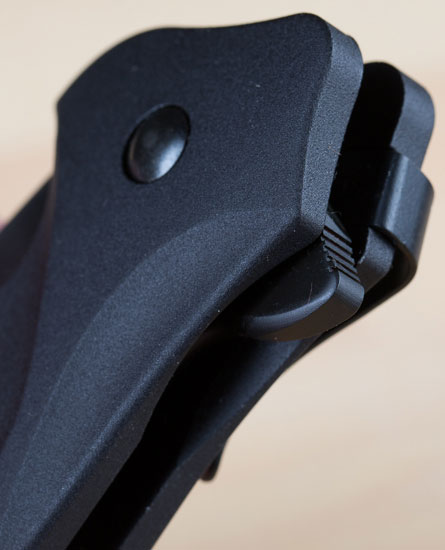 The Foresight opens via a well designed flipper mechanism. There is a fair amount of initial resistance, but once you overcome it the blade deploys quite quickly and smoothly thanks to the IKBS bearing system.

Partial lockup is not an option. Or maybe it is, but I’ve never seen it with the Foresight and could not even force it to happen. There is no side-to-side play in the blade either. 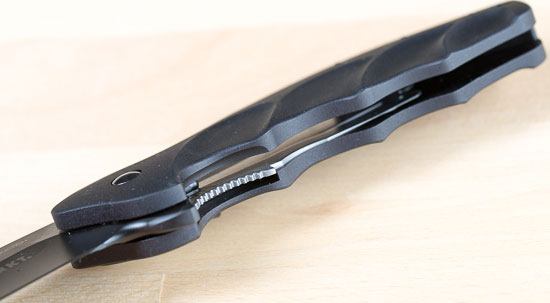 Not much needs to be said about the liner lock mechanism – it does its job without faults. 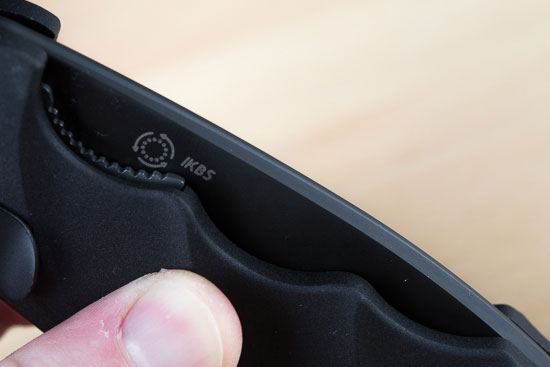 All of the external edges are nicely rounded and smooth. 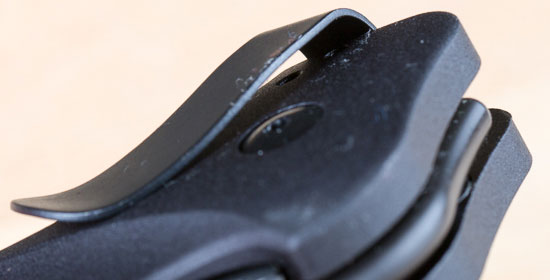 Some people might be unhappy that the pocket clip is not reversible or removable, but it doesn’t bother me at all. It’s short and allows for deep low-profile carry. 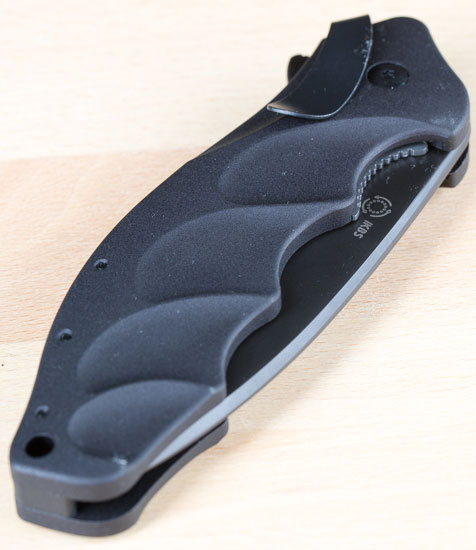 There is also a lanyard hole at the bottom of the handle.

Jimping, but for this knife that’s a good thing. Jimping – the series of notches or grooves found on the spines and handles of many modern pocket knives – would have been out of place on the Foresight, both in terms of function and aesthetics. In its absence are smooth curves and contours.

The Foresight ships in a box that says For Those Who Serve; For Professional Use, but the knife’s design does not limit it to law enforcement and military users. It has proven to be a quite capable and high-performing folding knife. If you’re looking for a heavy-duty and reliable folding knife, the Foresight should serve you well.

Although a tad large for my liking, the Foresight is an exceptionally well-designed and well-made knife that I could find no fault with. It’s quite affordable with a street price of about $90.

The CRKT Foresight is perfect for demanding users that need a quick-opening folding knife with a large and strong 3.5″ blade size.

Thank you to CRKT for providing the review sample unconditionally. Review samples are typically given away, donated, or retained for benchmark and comparison purposes.