ToolGuyd > Power Tools > Saws > CPSC Proposed Rulemaking on Table Saws and Active Injury-Avoidance Tech
If you buy something through our links, ToolGuyd might earn an affiliate commission. 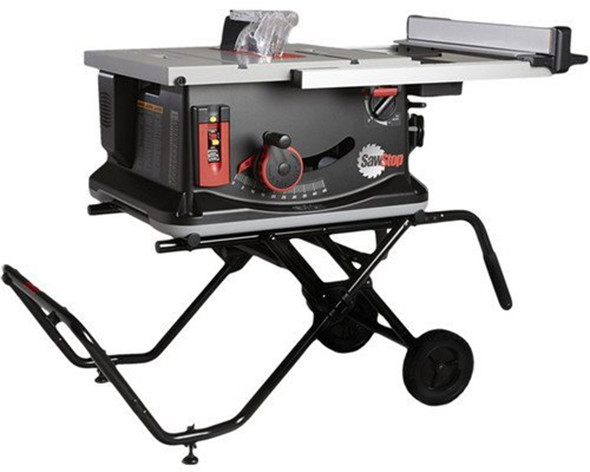 A friend tipped me off about a news article talking about renewed table saw regulations. With just a little digging, I learned more about a notice of proposed rulemaking issued by the Consumer Product Safety Commission (CPSC) just last week.

I’m not going to lie, there’s a lot to digest in the new publication. There’s a lot of very different information, and it’s going to take me some time to read through and analyze all of it.

What is clear to me is that this isn’t something that’s just going to go away. It is very real that table saw regulations could happen.

Here is the summary, which I have broken up for greater readability:

The U.S. Consumer Product Safety Commission has determined preliminarily that there may be an unreasonable risk of blade-contact injuries associated with table saws.

In 2015, there were an estimated 33,400 table saw, emergency department-treated injuries. Of these, CPSC staff estimates that 30,800 (92 percent) are likely related to the victim making contact with the saw blade.

CPSC staff’s review of the existing data indicates that currently available safety devices, such as the modular blade guard and riving knife, do not adequately address the unreasonable risk of blade-contact injuries on table saws.

To address this risk, the Commission proposes a rule that is based, in part, on work conducted by Underwriters Laboratories Inc. The proposed rule would establish a performance standard that requires table saws, when powered on, to limit the depth of cut to 3.5 millimeters when a test probe, acting as surrogate for a human body/finger, contacts the spinning blade at a radial approach rate of 1 meter per second (m/s).

The proposed rule would address an estimated 54,800 medically treated blade-contact injuries annually. The Commission estimates that the proposed rule’s aggregate net benefits on an annual basis could range from about $625 million to about $2,300 million.

A few years ago, there was an Advance Notice of Proposed Rulemaking, to which there was a lot of outcry from the PTI and users. At the time it looked like Stephen Gass and SawStop was in part responsible for the CPSC’s reasoning about the need for table saw injury mitigation technology.

Now, I don’t think that’s the case. I believe that the CPSC is only leaning on things Gass has said, and SawStop has done. In the current document, there is much discussion about the Bosch Reaxx table saw as well, and discussions about what other manufacturers have said about bringing injury mitigation tech to market.

This Notice of Proposed Rulemaking appears to be the next step of the process towards regulations that require active injury mitigation technology be implemented into new table saws.

This would involve a sensor that detects contact with human flesh, and a device by which to react and mitigate injury.

Seemingly based on UL (Underwriters Laboratory) work to develop a surrogate human finger for testing, and an earlier UL report from 2014, Table Saw Hazard Study on Finger Injuries Due to Blade Contact, the goal would be to limit the depth of cut to 3.5 mm when a test probe simulating a human finger contacts the spinning blade at a radial approach rate of 1 m/s.

Why 3.5 mm? It is considered that this maximum-allowable depth of cut would significantly reduce the severity of blade-contact injuries. As an aside, I learned a new word thanks to the document – avulsion. I don’t even want to know what a blade-contact avulsion injury entails.

Most microsurgery will be avoided because the neurovascular bundle in a human little finger, which contains nerves and arteries, is at a depth of approximately 3.5 mm below the 0.5 mm thick epidermal layer of the skin. CPSC staff has determined that a 3.5 mm depth of cut into a conductive test probe is an appropriate surrogate for a 4mm depth of cut into a finger with insulating epidermis over conductive tissue. 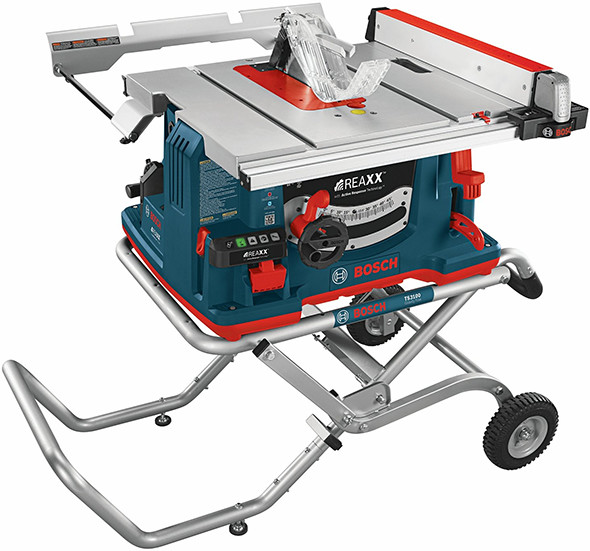 CPSC’s AIM safety standard is achievable. Here is what they found about SawStop saws and the Bosch Reaxx saw:

Here’s what it comes down to: SawStop has done it, Bosch has done it, ignoring their legal fight with SawStop at the moment, and both Stephen Gass (from SawStop) and at least one other manufacturer – maybe more – has commented on what it would cost to develop and implement AIM technologies for their table saws.

Their are costs involved, but also gains. There is an extensive breakeven analysis. I need more time and thought to go through it comprehensively, but it’s clear that there is a lot of good arguments backing the proposed rulemaking.

Not to mince words, it’s not going to be easy to form a counter-argument against the case they’re presenting. They have a lot of facts, and a lot of sound arguments.

It’s not enough to say “I don’t want to potentially have to pay more for a table saw.” Quite frankly, I’m having trouble thinking of a good angle by which to oppose this.

Luckily, part of the rulemaking process is that the public can comment about the matter. The open comment period ends July 26th, 2017 at 11:59pm ET.

According to Wikipedia, part of the process involves:

The public can comment on the proposed rules and provide additional data to the agency;

The public can access the rulemaking record and analyze the data and analysis behind a proposed rule;

The agency analyzes and responds to the public’s comments;

You can visit this page to comment about the matter. HOWEVER, I would encourage you to think carefully about what you say, and how you say it. In order to be taken seriously, follow their guidelines for effective comments (PDF). Here is some of that advice:

Read and understand the regulatory document you are commenting on

Feel free to reach out to the agency with questions

Be concise but support your claims

Base your justification on sound reasoning, scientific evidence, and/or how you will be impacted

There is no minimum or maximum length for an effective comment

The CPSC is aware of several opposition arguments. If I comment on the matter, I might be wise to  focus on my take on these arguments. Here are some, from the same document:

Notwithstanding the high level of expected net benefits, the proposed rule also would be costly and would result in disruption of the table saw market. Under the rule, table saw manufacturers would need to develop their own AIM technology, without impinging on existing patents or license the patented AIM technology that already exists. Most, if not all, table saw models not already incorporating the AIM technology would require major design changes and the retooling of production facilities, a process that likely would take two or more years to accomplish.

Although the proposed rule would substantially reduce blade-contact injuries and the societal costs associated with those injuries, the impact of increasing table saw production costs on consumers also would be considerable. Staff expects that the prices for the least expensive bench saws now available could more than double, to $300 or more.

Additionally, because of the likely decline in sales following the promulgation of a rule, consumers who choose not to purchase a new saw due to the higher price will experience a loss in utility by forgoing the use of table saws, or because they continue to use older saws which they would have preferred to replace.

There may also be some other utility impacts. The inclusion of the AIM technology will, for example, increase the weight and (potentially) the size of table saws to accommodate the new technology, to allow access to change the brake cartridge, and to mitigate the effects of the force associated with the activation of the brake cartridge. While this factor may have a relatively small impact on the heavier and larger contractor and cabinet saws, the impact on some of the smaller and lighter bench saws could markedly reduce their portability.

They are considering several alternatives to the proposed regulations, such as exempting contractor and cabinet saws from a product safety rule, as their analysis shows this could potentially reduce the impact on smaller saw makers.

The CPSC makes a very cogent argument for pushing forward regulations that impose table saw AIM implementation. Now is our chance to provide more information to help steer them in a different direction.

Personally, I think that the cost implications will be too high for a lot of portable table saw users to justify. I believe the ramifications on sub-$400 saws, and especially sub-$250 saws will be difficult for consumers to bear. I think that some users would seek out other ways of straight-cutting in wood, perhaps more dangerous ways, such as mounting a circular saw upside down to a makeshift base.

I want to see more table saws with active injury mitigation, and I want to see them at lower retail prices. More competition will help bring this, but do we really want it to be involuntarily?

I have much more reading to do, but from what I can tell so far, the CPSC has done their homework, and lots of it. There’s a 2+ window during which they’re open to public comments.

After that, if they’re not convinced away from the current path, we might very well be looking at an inevitable safety standard that requires all table saws, at least portable table saws, to feature active injury mitigation technology.

If it wasn’t for the costs that would make smaller table saws even more expensive for consumers, DIYers, and professionals, I would ask this – would a safety standard that required table saws to have active injury mitigation technology be a bad thing? And to that I would probably say no.

It takes one slip-up, one moment of over-confidence, one distraction, one accident, just one time, to suffer a life-altering blade-contact injury. If the technology exists, does that mean these injuries are avoidable?

Would anyone who has suffered from a severe blade-contact injury not say that they wish they had been using a table saw with AIM tech at the time?

That’s what makes this proposed safety standard particularly hard to comment against. So let’s get to work.